The Continued Joy of Space Travel 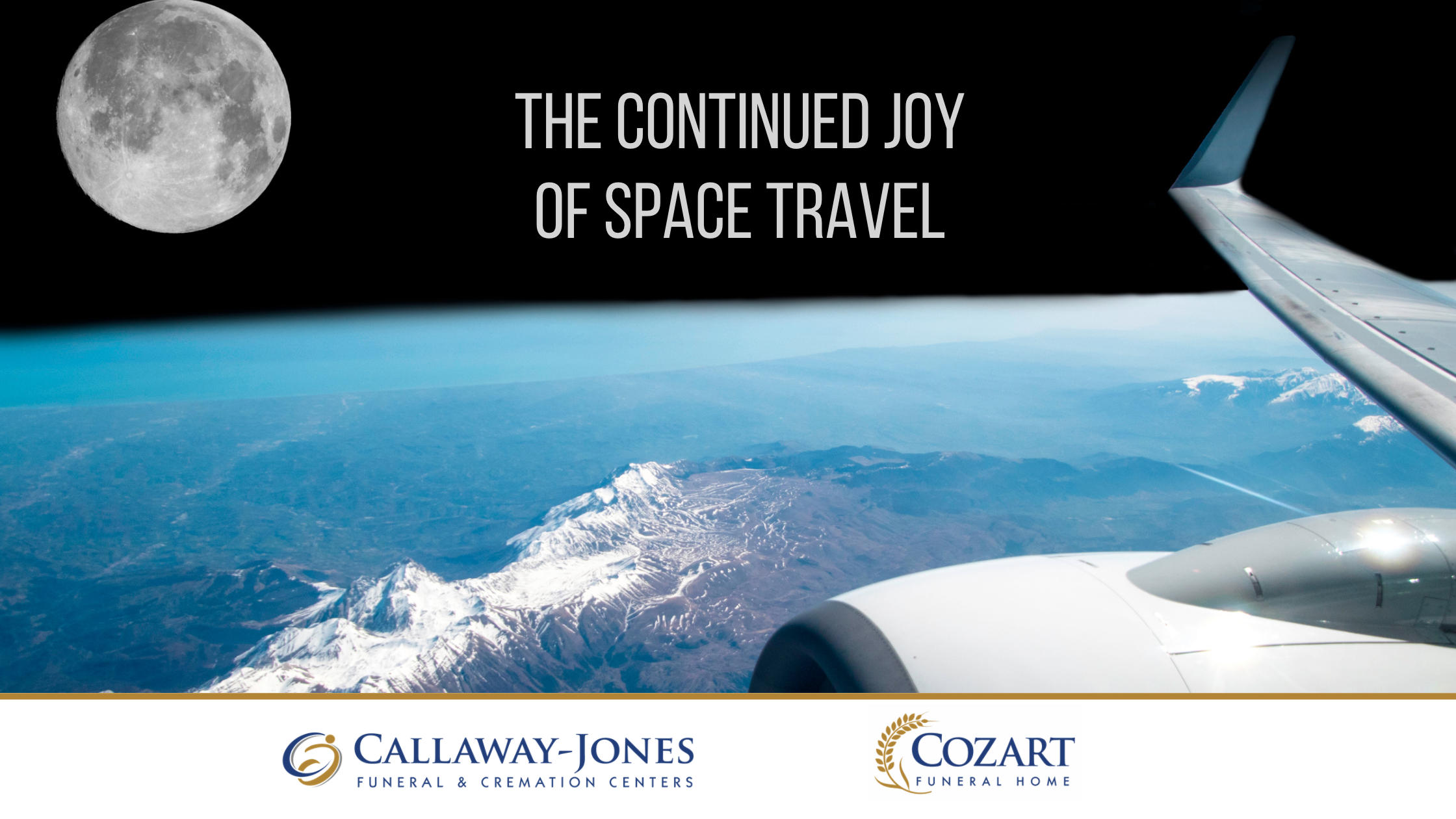 July 20th was the day Neil Armstrong set foot upon the Moon. Even though Chelsea and I weren’t born yet, the excitement of the Moon landing has sustained Americans all the past 52 years it seems.

Saying, “One small step for man; one giant leap for mankind” was more than a motto. It was a promise that all the work that had taken the United States to the Moon was respected forever, but it also meant that it was by no means the end to the desire and will to know more about outer space.

More history in space travel has being made this month. On Sunday, July 11, business pioneer Richard Branson “became the first person to ride into space aboard a rocket he helped fund.” What an amazing feat from the man who overcame dyslexia to establish several successful businesses. The first one you’d know is the Virgin Record label, then Virgin Airlines (later sold to Alaska Airlines).

The man who built an empire out of a great idea to sell books, Jeff Bezos, created yet more history on July 20, 2021, just 52 years to the day of the first moonwalk. His company, Blue Origin, launched the New Shephard rocket for its premiere 11-minute flight.

Inspirational messages, direct and indirect, have been shared all month for the next generation, including the one our son will be part of.

“To see the Earth from space, it changes you, it changes your relationship with this planet, with humanity,” Bezos said. Branson shared a message during his flight: “To all you kids out there — I was once a child with a dream, looking up to the stars. Now I’m an adult in a spaceship…If we can do this, just imagine what you can do.”

Richard Branson was accompanied by three Virgin Galactic employees, Beth Moses, Colin Bennett, and Sirishaa Bandla, and two pilots, Dave Mackay and Michael Sasucci. It reached a height of 50+ miles and one can only imagine what it felt like to be weightless and to see the Earth below you.

The way it was described, to get back to Earth, the plane flipped over onto its other side and you saw the wings curl up, “mimicking the shape of a badminton shuttlecock,” which righted the ship and took it back down to Earth. Imagine if you’ve been a “frequent flier” most of your adult life but this time the plane is landing after you’ve seen the Earth and felt zero gravity. What a thrill that had to have been for the passengers and for Branson himself. It was only a 1.5-hour trip, but for the inaugural passengers, those memories are surely the highlight of their lives so far.

In business, whether music or space travel, Richard Branson has done quite well for himself even if he did drop out of school when he was 16. But, he was not quitting to avoid work. In fact, he began a youth magazine called “Student” and was an instant success as a natural advertising salesman. He was on his way.

At age 19, he started a mail-order record company, when a record label, and there he signed the Culture Club, the Rolling Stones and Genesis. At age 30, his bio notes, that he started a travel company, an airline at 34 and then a series of megastores like Costco. He had his share of business losses but always got back up to try again.

It’s said his love of music kept him in the business, founding a radio station, another record label, and Branson kept expanding to businesses including a train company, a mobile phone company, a cruise line, and ultimately a space tourism country (source: Branson bio). When you stop to think, Branson put careful thought and attention to what people needed the most: an escape from the ordinary aspects of daily life.

Music helps us escape and often relaxes us after a hard day. Travel takes us anywhere but where routine is, and it’s fun that way—whether train, plane, or cruise ship. Now outer space…that’s something else again.

Jeff Bezos has become an icon to those of us who click “Add to Cart” when we shop at amazon.com and yet until recently, many of us didn’t realize how much into the space race he was with his new company Blue Origin. Now there was a mockup of the space capsule presented at a space symposium in 2017, but reality seemed far away from “go for launch.”

Two passengers were on the manifest from the beginning. First, Jeff Bezos, then his brother Mark, which left two spots available. One of the most exciting aspects of the flight was one-time astronaut Wally Funk. Today at 82 she has just completed her first space flight ever, having trained but never getting to see space before. The fourth space was designated for the winner of an auction.

The auction brought a sum of $28,000,000 but, in the worst possible timing, there was a scheduling conflict and the person who won couldn’t go! That opened the door to finding the “youngest” space traveler to offset the “oldest” traveler, Wally Funk. An 18-year-old physics student, Oliver Daemen was the passenger who paid an unspecified amount for the open seat. Blue Origin issued a press release that said, “Flying on New Shepard will fulfill a lifelong dream for Oliver, who has been fascinated by space, the Moon, and rockets since he was four.”

A Reuters report noted that commercial space travel could be worth $3 billion dollars a year in the next decade. So, imagine yourself in 2031, hearing the takeoff of what you think is another flight from United Airlines bound for south, east, north, or west of the Brazos Valley. Soon, there may be one more option that is just as frequent, north, way way up into the sky. I’m excited that our generation will be here to see it happen.

What about you? If the price were more affordable than the $28,000,000 paid to charity for the open seat in auction, would you want to be on a flight in the next five years? Chelsea and I just might have to say, “Yes!”