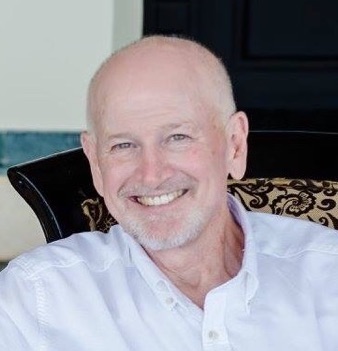 O Almighty God whose great power and eternal wisdom embrace the universe, watch over all Law Enforcement Officers. Troy Wager, 59, of College Station, passed away Thursday November 9, 2017. A visitation will be from 5 to 7pm, Sunday, November 12, 2017 at Zion Church of Kurten. Troy’s Life Tribute Celebration will begin at 10:30am, Monday, November 13, 2017 at the church. Interment will follow at Kurten Cemetery. Officiating services is Aubrey Rodgers of Zion Baptist Church. Services are in the care of Callaway-Jones Funeral and Cremation Centers Bryan/College Station.

Troy was born in Bryan, Texas to his parents Arby and Dorothy Gray Wager on October 24, 1958. Troy was a reserved man who enjoyed the simple things in life. He was always concerned about the safety of others and wanted to make sure he was doing his part in protecting his community as a police officer for the City of Bryan and then as an investigator for the District Attorney’s Office. He was an avid fan of both Dallas Cowboy and Texas A&M Football. It was a delight for Troy to drive his daughter, Tori, to all her Barrel Racing Competitions. It is fondly noted that Troy enjoyed dancing and will be remember most as a dancing machine.

His mother, Dorothy Gray Wager; his wife, Sandra Johnson Wager; both precede him in death.

Troy is survived by his wife of 19 years, Kim Wager; his children, Joshua and wife Kim Wager, Dustin and wife Aliza Wager, Cody Wager, Chance Wager, Holly and husband Coby Gleason, Samantha Lopez, and Tori Wager; his father, Arby and wife Marie Wager; his brothers, Travis and wife Colleen Wager, Jason and Tracy Wager; his grandchildren Lily, Avery, and Brady; and other close relatives and friends. Honoring Troy as pallbearers for his service are Dustin, Cody, Chance, Erik, Jakob, and Joshua. Troy’s family asked that any member of the Law Enforcement Family be recognized as an honorary pallbearer for a man who lived his life of service.