"You took exceptional care of my mother. Your business epitomizes, and is a reflection of, what a locally owned and operated business should be." 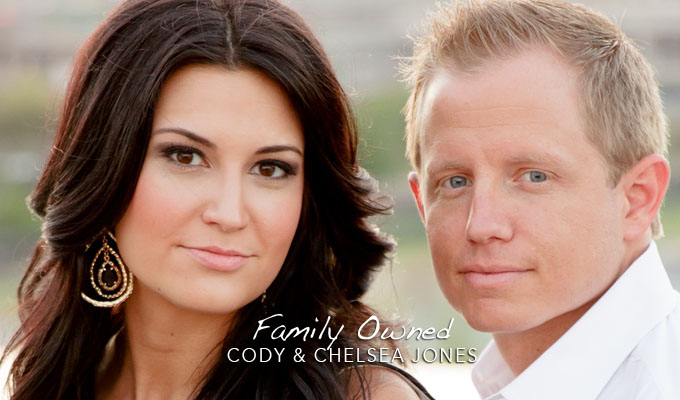 On first thought, the fact that we are a family owned funeral home may not mean much to you. But consider this: since we live and work here in Bryan College Station, Texas, your hard earned money goes directly to supporting local families and businesses in your community. We use local vendors and support numerous non-profit organizations right here in Bryan College Station.

While they may have been operating in our community for years, and their names have not changed, Hillier Funeral Home and Memorial Funeral Chapel have been sold to national and international conglomerates. These funeral service conglomerates keep the original family name on their businesses because they know that at your greatest time of need you are more likely to turn to a local business you feel you can trust, than to a national chain you know nothing about.

The following is a list of such conglomerates and the funeral homes they are operating in the Bryan College Station area:

Corporately owned funeral homes pose as a “Mom and Pop” operation, attempting to reap the goodwill developed over prior generations. They are generally more concerned with sales goals, bonuses, volume targets, and keeping stockholders happy. Don’t expect the conglomerate owned business to advertise their affiliation or ownership out in the open.

In fact, some of their managers will even go as far as to intentionally mislead the customer by falsely claiming part ownership. This is because they do not want you to know they are corporate.

From the time we made the first call to Callaway-Jones until today, when I had additional questions, we have been extremely pleased with our choice to use Callaway-Jones for our son’s funeral. We want to express our appreciation to the entire staff, especially Marci Ramirez and Ricky Alderete, for everything you did for us. The leadership from Ricky and the kindness/guidance/ability to shift direction seamlessly we were shown from Marci were very helpful during this difficult time. This CJ team was quick to respond to our every need in a very caring, loving way. They patiently guided our every step and clearly provided the information needed to make decisions that were difficult for us. Our family wants to say thank you so much for all of their help. We will recommend Callaway-Jones to our family and friends.

Cody and his staff were wonderful with our family. They were patient, kind and understanding. Cody took the time to hear from all of us and fulfilled every wish we had for our mom’s service. Cody was professional, yet felt like family.

I highly recommend Callaway-Jones. They took care of my dad 47 years ago when he passed. Mom wanted them to handle things when she passed so that’s who we called. Marci Ramirez has been great! She cared about every aspect of the arrangements and worked with me on all the details. She made herself available to me any time I might need her. She is very professional while being our friend and understanding what we were going through with our mom’s service. So thankful for this top-notch funeral center still being in our town. Thank you so much Marci!

From the moment I made the dreaded call to Callaway-Jones to the minute the Memorial Service was over, I was comforted in knowing that my every request was met with an instant “can do” amazing attitude.

Ricky Alderete and Anaili Hernandez were most professional and especially comforting to me. They made certain that my every concern disappeared and my every wish was granted. Anaili is a media genius and made the video presentation for my daughter absolutely beautiful.

When we arrived at the service, every detail was perfect. The photo gallery and the reception set up was beautiful! I would not have changed a thing. Patti Wade and Anaili saw to it that everything was on time and went as planned. Thank you all from the bottom of my heart.

Marci and the staff at Callaway-Jones were very kind, caring and personable. My family and I felt like we were more like family than clients. Marci was there to console and guide us through this very difficult time. Glad we chose them lay our mom to rest.

Margaret has been so wonderful. She took special care of my mom after she passed. We were allowed some private time to say our goodbyes. She handled my mother with respect and love. Margaret thank you for taking the time to make our family feel special. Thank you for checking on my dad and making sure he was ok. You go above and beyond. Which we greatly appreciate. Margaret you have been such a blessing for our family. You are such a wonderful special person. We felt very comfortable with you from the first time we met you. Callaway-Jones is blessed to have you. Thank you from the bottom of our hearts. You treated us like family. Our cup runneth over. I don’t know where to rate you and Callaway-Jones Funeral Home but I would tell you we are 100 percent satisfied and pleased.
Thank you
Thank you
Thank you

If you are in need, we would not consider anyone but Callaway-Jones Funeral Home. Ask for Margaret.

Our mother passed away very unexpectedly in early January of this year. My sister and I are very appreciative of the kind and compassionate staff at Callaway Jones. Our funeral director, Kristen was very easy to work with during a very upsetting time. Her professionalism and attention to detail were greatly appreciated by our family. It was a pleasure dealing with the staff as we planned and executed Mom’s memorial service. The passing of a loved one is difficult, but Kristen and staff helped to make it more bearable. Thank you.