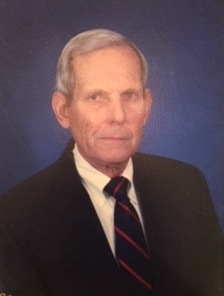 Paul Jerry Saunders was born on April 21st, 1930, in New Boston, Illinois and left this earth to be with Jesus on September 1st, 2019. The family will receive friends from 1-2 p.m. Wednesday, September 4th, with the Celebration of Life Service to follow at 2 p.m. in the Bluebonnet Chapel of Callaway-Jones Funeral Center, 3001 S. College Ave., Bryan, TX 77801.

Paul was a true and faithful Christian man, loving husband, father, grandfather and faithful friend. A child of the Great Depression, he would tell stories of when he was a boy, bringing firewood into his grandfather’s barber shop during the cold Illinois winters to keep the fire going to warm the shop. His family settled in Kirbyville, Texas, where in high school he met his future wife, Alice Pool.

Paul graduated from Texas A&M College, where he was a Company Commander in the Corps of Cadets. He served as an Army Lieutenant in the Korean War and was awarded the Bronze Star for bravery. After serving his country, he got a Masters Degree in Education from Sam Houston University and briefly taught school. After that, Paul had a distinguished career in the medical supply business with Johnson and Johnson before retirement.

He was a faithful and active member of numerous Baptist churches, and touched many lives with his service and generosity in each.

He was predeceased by his wife of 63 years, Alice Saunders; his parents, Paul and Clara Saunders; brother, Richard Saunders; and son, Syd Saunders.

The family would like to express their gratitude for the attention and care Paul received at The Langford in College Station.

In lieu of flowers, the family requests donations be made in Paul’s memory to the American Cancer Society or the American Alzheimer’s Society.