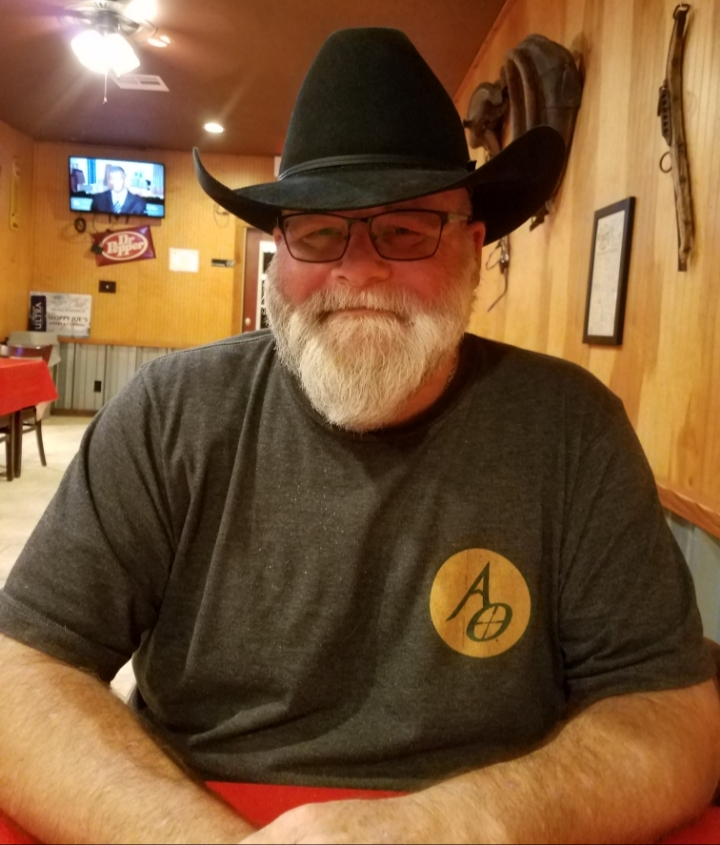 Vernon, aka “Moose” served his country in the Army in the early 80’s in Germany and Ft. Hood, Texas.  He drove an 18-wheeler for many years, and was a good and steady driver.  He drove in the upper Northern states to the East and West Coasts.  One trip he was coming into Canada from the states when the border patrol asked him where he was coming from?  He replied, “Houston,” as if everyone should know it was in Texas.  He worked in the oilfield in Louisiana and Texas for over 30 years retiring after he had a stroke in 2018.  He loved working at A-1 Towing and crazy or not, “No one” ever got upset or treated him mean.

Vernon loved to bowl, fish, ride his motorcycle, have a good beer, visit with friends and family and he loved to camp as long as there was a TV and DVDs, and a lake filled with fish to catch.

Vernon is preceded in death by his parents, and step-father; Bobby Randall.

He is survived by his wife Jana Raymond-Legg, daughters, Andrea and (Eric) Carpenter; Kim Legg and son-in-law Kyle Brannan, step-son; Curtis and (Natasha) Blase; brother; Brian and (Lori) Legg, Step-Sister; Renee Galbreath, and step-mom; Joy Randall.  9 Grandchildren, 4 girls, 5 boys with many Aunts and Uncles, Nieces and Nephews and a host of friends and other loved ones.

The family will be holding a Celebration of life Thursday, October 20, 2022 at 4:00 pm at the Peach Creek Community Center.