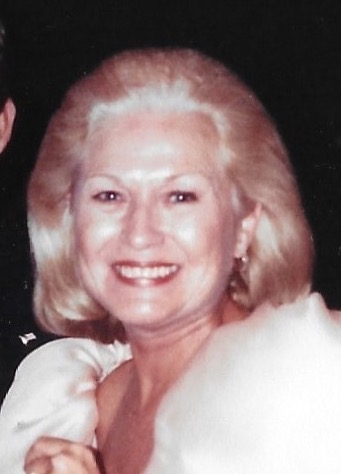 Phyllis was born on February 8th, 1935 in Houston Texas, and was the oldest child of Margaret and Verne Perryman. She is survived by her five children, and 12 grandchildren: Steven and his son Trevor; Judee, her husband Bruce and their three children Sarah, Elizabeth and Jacob; Anne; Susan, her husband Scott, and their five children, Matthew, Kelly, Madeline, Caroline and Chase; Ted, his wife Elizabeth and their three children, Ellie, Payton and Luke. Phyllis is preceded in death by her beloved husband of more than 56 years, John Perry (Jack) Pardee.

Phyllis attended Texas Christian University, and married her husband Jack in 1957, and joined him in Southern California where the family lived until 1971, where the family moved from Los Angeles to Northern Virginia, settling in Oakton. In 1973, the family moved to Orlando for a year before moving on to Lake Forest Illinois. Jack’s career then took the family back to Northern Virginia, settling into their new home in Middleburg VA. Phyllis loved Northern Virginia, and the home they had there, known as Hawks Hill. Jack’s career would take the family back to California, where they moved to La Jolla California in 1981, but it was only a short stay, ultimately returning to Texas, moving to Midland in 1982. Jack’s career returned to football, moving the family to Houston, where the family made their home from 1983-1995. After a brief move to Birmingham Alabama, Phyllis and Jack settled on their Ranch in Gause Texas, known as Hawks Hill Ranch. Upon Jacks death, Phyllis moved to College Station where she was lovingly cared for by daughter Anne.

Phyllis was a kind, loving and gentle mother, who loved all of her children and grandchildren. Her grandchildren brought her great pride, and happiness, and she always enjoyed her time with them. Known as Nana, she built a strong family that traversed the United States in support of her husband’s career, all while being focused on raising her children in a faith based, Roman Catholic household. She was fearless in her ability to pack up a home, and move across country, always up for the adventure with her husband Jack. Nana will be greatly missed by all who knew her.