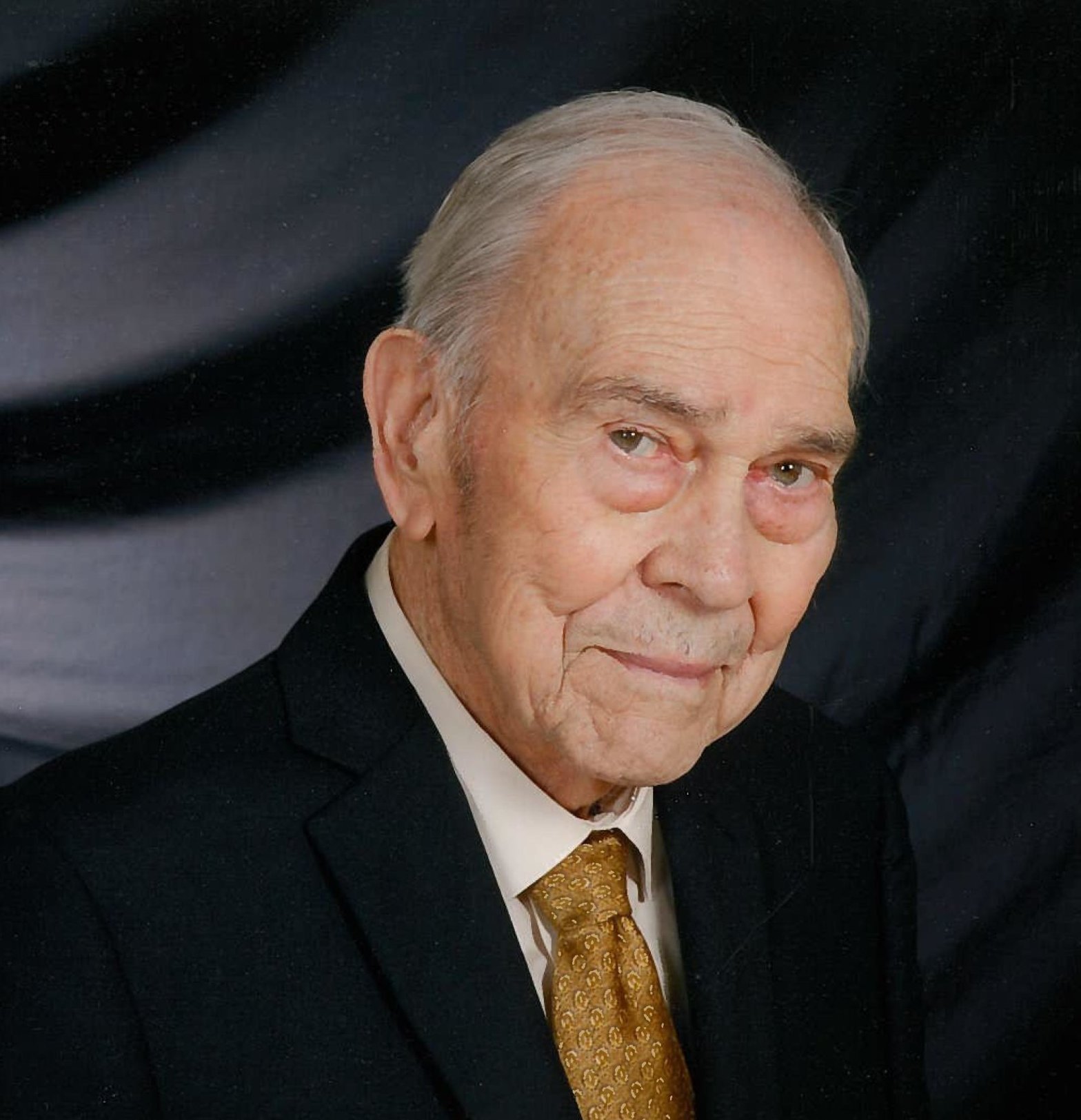 Paul Jules Noynaert passed away peacefully on May 21, 2021, with his wife, Naomi, and other loved ones by his side.

Paul was born on October 27, 1924, in Independence, Missouri, to Frank and Julia Noynaert, who both immigrated from Belgium in 1915. Paul was always so proud of his parents becoming naturalized citizens and instilling in him a great love and respect for America, as evidenced by his willingness to serve in the United States Army beginning in 1943.  Paul served in the 75th Infantry Division, 289th Regiment, which fought in the European Theater.

After honorable discharge in 1946, Paul enrolled in Kansas State University, School of Engineering, graduating in 1949.  Because Paul was such an humble and modest man, he was adamantly opposed to his obituary reading like a resume; therefore, out of respect for his wishes, references to his career will be brief.  Those thousands who served under Paul’s leadership knew him to be a man of integrity, honesty, and genuine concern for his employees.  Comments made by a business associate on Paul’s 90th birthday greeting epitomized the opinion shared by his employees and colleagues.  “Paul was kind enough to share with me some of his business ethics and living principles, which served me well in my years in the business community. The standards he shared, and lived each day, serve as a reminder to me of his outstanding character and friendship.”

Paul began his career at Kansas City Works, Sheffield Steel Corporation, which later became a subsidiary of Armco Steel Corporation, and advanced through numerous levels of management, retiring in 1978 after 29 years of service.  He then worked for Hughes Tool Company, retiring again in 1987.  Paul later substitute taught in the Franklin ISD, teaching everything from Kindergarten to high school Ag classes.  Even after retiring, Paul and Naomi remained active in community service volunteering for Robertson County EMS.

Throughout Paul’s life he was involved in a number of service and professional organizations, including Optimist Club; SISA (Steel Industries Systems Association), of which he was past national president; Houston Livestock Show and Rodeo Calf Scramble Committee 1982-1984; Kappa Sigma Fraternity; and United States Power Squadron (of which he was an instructor).   His hobbies throughout his life included fishing, hunting, sailing, ranching, and beekeeping.

Paul was a godly man who was raised in the church of his parents but then was later baptized into membership at First Baptist Church of Franklin by his mentor, pastor, and friend, Vaughn Manning.  In 1998, Paul and Naomi joined First Baptist Church, Bryan, where they were active in Bible study, intercessory prayer ministry, and new member visitation.

In addition to his wife, Naomi, Paul is survived by three biological children:  Jeff Noynaert; Chris Noynaert (Peggy); Margot Spiekermann (Wayne); and three step-children he loved and accepted as his own: Cheri Fulton; Ray Cox; Marcie McLamore (Dane); and son-in-law, Mike Bolton. Between the two of them, Paul and Naomi have been blessed with 14 grandchildren and 24 great grandchildren. He was preceded in death by his parents; his brother and sister-in-law, Joseph and Wilma; his daughter-in-law, Phyllis Noynaert; and his step-daughter, Caryn Bolton.

His family is so grateful to God for the strength, resources, and care givers who enabled Paul to remain at home throughout his lengthy illness.  They are especially grateful to Visiting Angels caregivers, specifically Blake Ortiz, who cared for Paul with dignity, compassion, and professionalism.

Visitation will be at 10:00 A.M. on Thursday, May 27, 2021, at Callaway-Jones Funeral Center with a Celebration of Life beginning immediately following at 11:00 A.M. The Celebration of Life will be streamed live on the Callaway-Jones facebook page.  A graveside service for the family will be held at College Station City Cemetery. Memorial donations may be made to the Building Fund of First Baptist Church, Bryan; Hospice Brazos Valley, or any charitable organization of your choice.