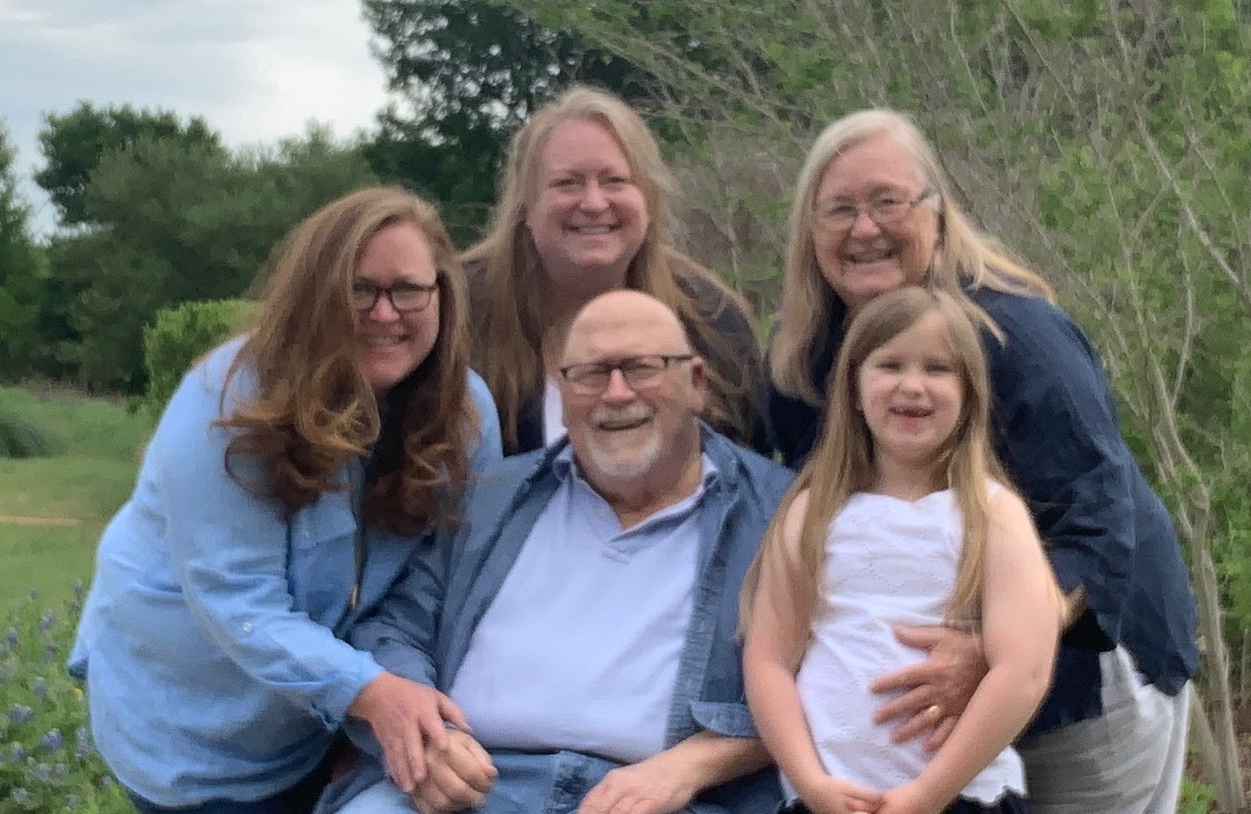 Michael James Ash, beloved husband, father, grandfather, and educator, died the morning of May 26th, holding the hand of his wife of 56 years, Rose Marie. Michael was a kind, loving, and gentle soul. Lewy Body Dementia robbed his family and the world of his light.

Michael, Mike to his friends, was born in Tacoma, Washington to Lorna Dean and Clark W. Ash. He grew up on a berry farm in Puyallup, until his parents moved to the Los Angeles area. At Earl Warren High School in Downey, Mike excelled not only in academics, but also sports, especially baseball, where he was a star catcher. He also served as a ball boy to the Los Angeles Dodgers in high school, riding his scooter across LA to the Coliseum, even on school nights. After high school, Mike completed his A.A. in History at Cerritos Junior College, where he also played baseball.

And it was baseball that led him to the love of his life. In 1963, he went to Fairbanks, to play baseball with the Alaska Goldpanners, a college barnstorming team. As a Goldpanner, he caught for a pitcher named George Mies, whose sister, Rose Marie, drove from Arizona with her family to visit. Mike and Rose fell in love at 19, but circumstances kept them apart. Mike returned to California, and enrolled at, and began playing baseball for, the University of California at Los Angeles. While at UCLA, he was recruited to play for the New York Yankees Organization.

In 1965, Rose called Mike’s parents in Downey, who told her that he was playing baseball in Florida. They then gave her his number in Ft. Lauderdale. Mike told her that his parents were moving to Arizona, too. And in August, at the end of the season, he returned to Arizona. Rose was leaving on a buying trip to Los Angeles the next day, and they agreed to see each other when she got back. That night, at her hotel in LA, she received a phone call. Mike asked her to dinner, and she said yes—when she returned. He replied that he was in her hotel lobby. After dinner, while walking on the beach, he told her that Florida was a nice place for a honeymoon. They married six weeks later (but honeymooned in Las Vegas). Mike played ball, traveling the circuit of Yankees farm teams—Binghamton, NY; Greensboro, NC; and Ft. Lauderdale, FL—with Rose at his side. He signed a contract with Louisville Slugger, and bats were produced with his signature. Mike smashed homeruns with those sticks of ash until Rose had his daughter Gwynne Ellen in 1968.

As an Army Reservist and a father, Mike left baseball in 1968, and resumed his studies at Arizona State University in Tempe. After his undergraduate degree, Mike planned to become a high school teacher and baseball coach, but the College of Education recognized his potential, and offered him a fellowship to complete his masters and doctorate in Educational Psychology. In graduate school his family with Rose grew; daughter Aimee Michelle joined in 1971. Mike also met his lifetime friend, then a fellow graduate student, Dr. Ron Zellner, and his wife Luana.

Landing a tenure track job in 1973, Mike and his family moved to College Station, and he began his 37-year academic career at the nascent College of Education at Texas A&M University. He earned tenure and promotion, and then promotion to professor. He served as the department head of Educational Psychology, as well as spending a brief stint in the Dean’s office. He supported and mentored hundreds of graduate students who are now practicing throughout the United States and beyond.

A licensed Psychologist and School Psychologist, Mike’s early work focused on learning and children’s sports (he co-edited the book Children in Sport), but he later expanded his work to support Head Start, the Brazos Valley Child Development Program, the Brazos Valley Legal Aid Foundation, Project Belong, a diversion program for juvenile shoplifters, and the Veterans’ Administration. He was elected as President of the Southwest Educational Research Association, Chairman of the Board for Brazos Valley Transit, and a member of the Board of Directors of the Brazos Valley Community Action Agency (BVCAA). Mike, with Drs. Katie Pruitt and Ray White began the Options Program for Pregnant and Parenting Young Women in Bryan ISD. He was awarded the Faculty Extraordinary Service Award, a Lifetime Excellence in Service Award from the BVCAA, the Outstanding Service Award from the Texas Association of School Psychologists, and an award for Service to the Brazos Valley African American Museum. When he retired in 2010, he was named Professor Emeritus.

As much as he enjoyed teaching and academic life, Mike saved his most precious love, and time, for his family and friends. Many children in College Station in the 1970s and 1980s knew him as Coach Ash. Mike and Rose coached one of the first youth soccer teams in BCS (The Whirlwinds), and many after that, including the Blue Devils. They also led numerous girls’ softball and basketball teams. Mike was the recreation director at a summer camp, and Rose and the girls got to tag along. Eventually, Mike finally got a son when his daughter Aimee found a boy from her tennis team, an exchange student from Germany, in need of a home. Thomas Dionisius (and later his wife Isabelle, and sons Lenny and Kolja) joined the Ash Family in 1988.

Mike played recreational racquetball, soccer, and softball well into his 40s, with his girls and wife cheering him on; he was known for his daredevil saves as a goalie (which cost him both a broken pinkie and a lost wedding ring on separate occasions) and his long-distance power homeruns. An enthusiastic golfer, he played often with family and friends, even landing a hole in one.

Family time also meant momentous summer car camping adventures, whether to Washington state or the coast of Maine. From Butchart Gardens to Yellowstone, from Lake Michigan to New Orleans, the Ash family traveled together. Later family trips took to the air, and eventually they would include his long-awaited granddaughter, Hannah. England, Ireland, Wales, Scotland, Mexico, Canada, Germany, France, Italy, Puerto Rico and more, Mike and Rose traveled on, sometimes as a couple, but often as a full family. In 2017, 54 years after they met, Mike and Rose, with Gwynne, Aimee, and Hannah in tow, returned to Fairbanks, to see where all their love began. Mike took his final family road trip this Christmas; the family traveled back to Arizona and Los Angeles and listened to his stories all the way.

Mike is survived by his wife of 56 years, the love of his life, Rose Marie, his daughter, Gwynne Ellen Ash, his daughter, Aimee Michelle Ash, and his cherished granddaughter, Hannah Marie Ash. His abounding friends, family, colleagues, and students around the globe also carry on his legacy of love, teaching, and learning. The Ash family would especially like to thank Harold Eaton, Charles Allen, Valerie and Jerry Duffey, and their son Kevin, for all of their love, help, and support throughout Mike’s illness and their time in our lives.

If you loved Mike (and if you did, he loved you back), then please do something kind for someone today, and do not vote for anyone who peddles hate or fights against common-sense gun regulation. Sandy Hook happened on Mike’s 69th birthday, and it broke him for months, he so cared for all children. If you would like to honor him, then please donate to Everytown for Gun Safety, Mom’s Demand Action, or Sandy Hook Promise.

A Celebration of Life will be held on Sunday, August 7th, at the House on the Hill in Austin, TX. All are welcome. Please contact the family or the venue for details.