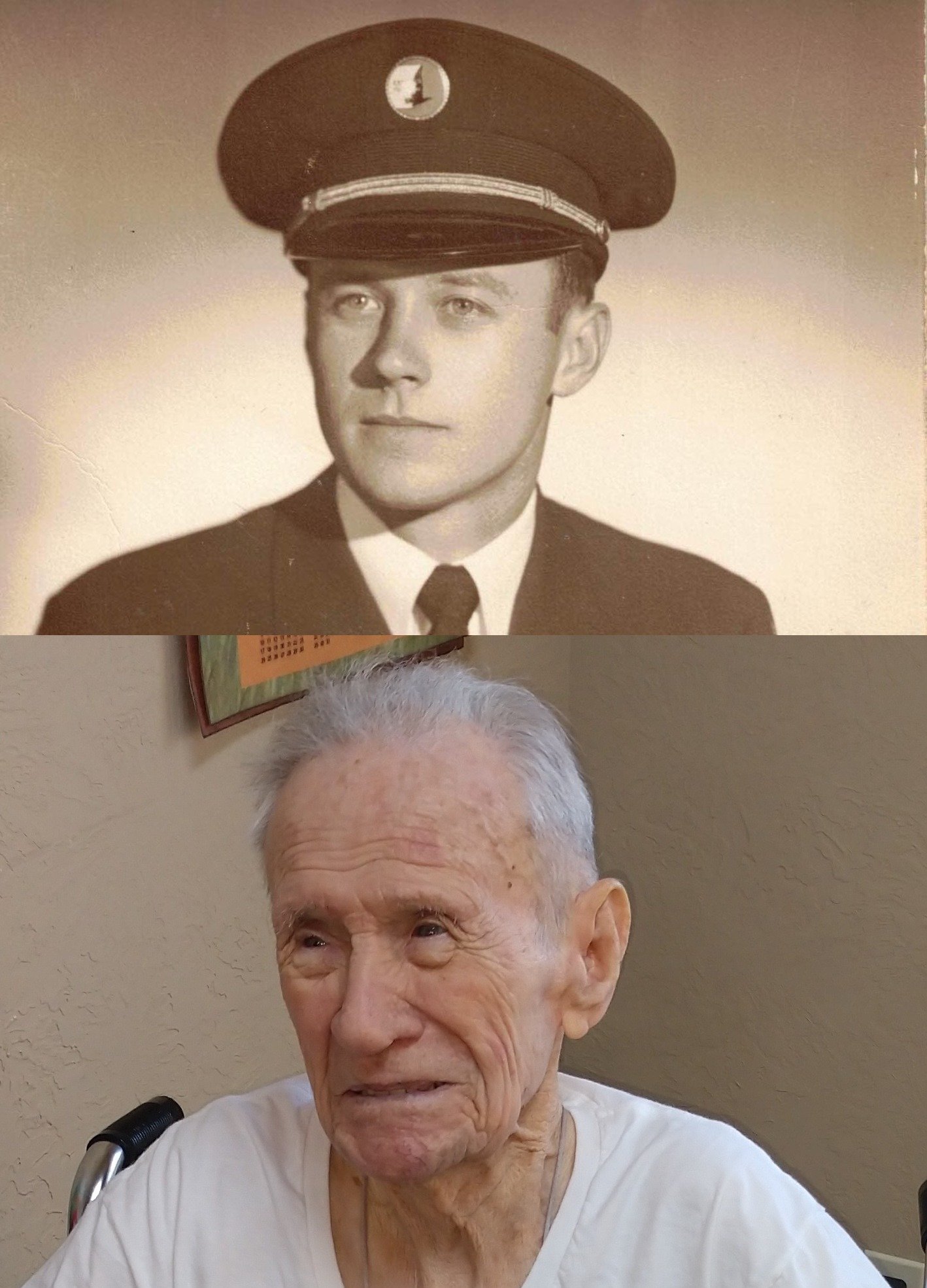 Lyle McDonald,96 of Bryan Tx (formerly from Rockville, NE) died Peacefully Friday February 26,2021 at his home with his son Mark at his side.

Lyle grew up on the family farm and graduated from Rockville High School. He attended Weslyn college in Lincoln, Ne. He soon entered the Army Air Corps training to become a pilot. His love for flying took him to Miami Florida with Eastern Airlines. During this time he married the love of his life, Lavern Ginger Ramsey, in 1952settling there for a number of years. When airline industry went from prop to jet engines he felt easier on the ground. By then he had developed an interest in land and housing development in several areas of TX.

When retirement began to loom its head he and ginger checked out Colorado mountains, building a home each time he changed location whether it was in Colorado or back in Texas.

By 1995 Arizona became interesting and once again he built their retirement home. By 2003 TX began to look best. Once a Texan, always a Texan, as they say.

He loved life and enjoyed traveling in their RV, gardening, playing Mexican train and dominos, spending time with family.

He is preceded in death by his wife, brother Norman and wife Clara, brother-in-law Fred Shepard, nephew Micheal Shepard and nephew Parke Little.