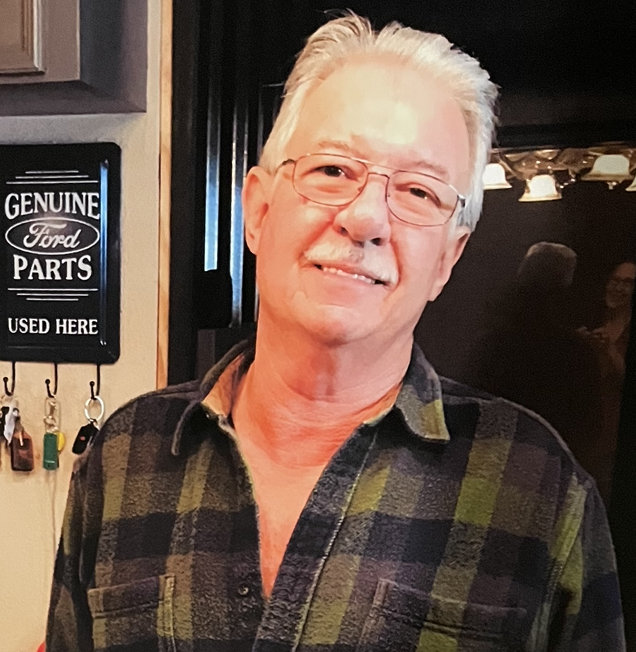 A Celebration of Life for Joseph P. Kelly’s family and friends will be held at the Callaway-Jones Funeral & Cremation Centers in Bryan at 10:00 am on January 16th, 2021, officiated by Certified Celebrant Dawn Lee Wakefield and Rev. Garland Moffett of the Church on the Rock in Rockdale, Texas. Following this Celebration, we will go to St. John Lutheran Cemetery for a 2:00 pm graveside service officiated by Dawn Lee Wakefield. The cemetery is located at 8235 FM 141, Dime Box, Tx 77853.

Joseph was born in Houston, Texas at the St. Joseph’s Hospital on June 2, 1950. He was the first of 7 children born to Mr. Joseph P. Kelly and Fayona Kelly. He was followed by Vonda Roberts, William F. Kelly, Roy C. Kelly, Jeanette Tirey, Michael Kelly and Alan Kelly, the youngest.

He attended Catholic school in Houston, Texas, through 11th grade, when he switched to public school for his last year and graduation. He ran track and played football, but his real interest was in cars. He took his first job at Globe Auto shop and learned a great deal. He became more interested in auto mechanics, eventually becoming a certified mechanic, a natural career.

He met his wife at the local drugstore and they both fell head over heels for each other and got married on April 8, 1971, after a year-long engagement. They were married for 49 years. They had two wonderful children; a beautiful daughter named Katherine Ann Newcomer and a handsome son named Eric Justin Kelly.

Joe’s greatest hobbies were hunting and fishing. He learned early on from his dad about fishing down at Galveston. He enjoyed those years with his dad. Joe talked about the trip to Louisiana with his dad and how excited he was to be there and see how they fish there. He told some sweet stories about the whole family going to Galveston and having a whole day of fun.

Joe hardly missed a car show. He really liked seeing all the Hot Rods and listening to the roaring engines when they would crank them up. Since he was a mechanic, he decided to get himself an old car and do a bit of racing around Houston in it. He and his wife both loved cars. That ol’ 39 coupe was a great ride! Joe also had a love for boats and fishing, mostly at the bay but he liked freshwater fishing too. He introduced the hobbies to his children, and they enjoyed it. too.

Joe was preceded in death by his father, Joseph, mother, Fayona, and son, Eric Kelly. He is survived by his wife, Carolyn, daughter Katie, and two wonderful grandchildren, Major Newcomer and Mason Newcomer, whom he loved very much.

Following the graveside service, there will be a balloon release at the burial site for all to enjoy. Flowers or donations to the charity of your choice are welcome. Express condolences online at CallawayJones.com