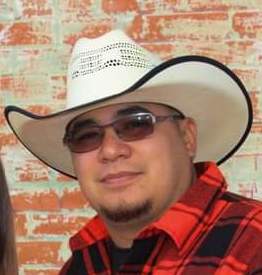 David Castillo, 36 of College Station, Texas made his final journey Home on August 15, 2021 in Bryan Texas. David was born on May 6, 1985 to Mauricio and Juana Castillo of Hearne, Texas. David was the youngest of 5 children. Services are in the care of Callaway-Jones Funeral Home. As a precautionary measure the family requests that all visitors attending services to wear a mask or face covering. Visitation is set for Saturday, August 21, 2021 at 12:30pm until 2pm with services to immediately follow. Interment will be at Memorial Cemetery of College Station.

David was a 2005 graduate of Bryan High School. He met Billie Jo Kucera at Bryan High and they began dating. She was his high school sweetheart and later became his wife. They married on March 20, 2010 and into their marriage they had two children, Makenzie and Matthew. David was a family man and his wife and children were his top priority. He was an amazing husband to BJ and the BEST dad to his children. He was their provider, protector and their biggest fan. He was always making plans with BJ and the kids making a ton of memories with them. He was very proud of his family and of the life that he and BJ built together. Although we will all miss David, he will be missed the most by his wife and children.

David enjoyed spending time with family and friends, whether it be a BBQ, gathering at holidays or birthday parties, a night out on the town or to a concert. He attended many cheer competitions, volleyball competitions, graduations and gymnastics. He was the chauffer for a lot of their trips. David enjoyed Dallas Cowboys football (no matter if they won or lost), hunting, fishing, grilling and enjoying a nice cold beer while listening to some good tunes. He also enjoyed many trips with his brother-in-law Jeremy to the deer lease. David spoke with his parents daily and his in-laws as well. He was extremely close with his father-in-law as he was like the son they never had.

He worked the Renaissance Festival for many years and enjoyed every bit of it. Apparently, he loved wearing his kilt the most LOL! David started as a delivery driver for FedEx Express and was currently a FedEx freight driver.

He was always the first one to step up and lend a helping hand should anyone need it. Never batting an eye or telling anyone no. You could always count on him…if he said he was coming then you better be ready! He was someone you could confide in. He was always there with a listening ear if you needed to vent or needed advice.

A son, brother, uncle, nephew, friend, brother-in-law, husband and dad…he was all of those and he did them all with pride. He loved to laugh and to make people laugh. Loyal, Honest, Trustworthy, Caring, Loving and Hard Working are just a few of the words to describe such a wonderful soul.

We will forever miss you and keep you close in our hearts!