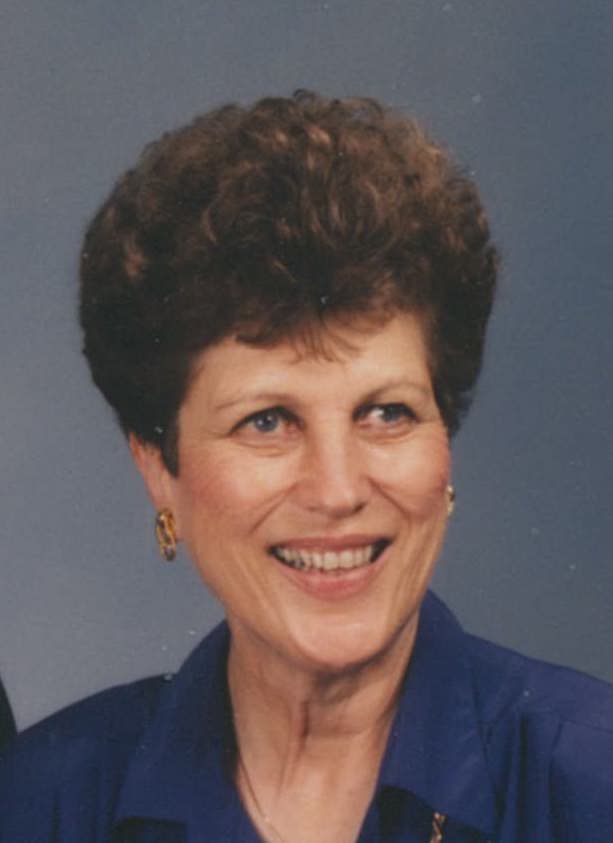 Anne Elizabeth (Zirpel) Josefy was born on December 14, 1929 in Indianapolis, Indiana. She was welcomed by her proud parents, Walter Charles Zirpel and Lulu Mignonne (McCabe) Zirpel, along with her older brother John Paul. The Zirpel family moved to Arlington, Virginia and Anne attended local schools in Washington D.C. where she met her best friend Patricia Couble. She graduated from Mary Washington College of The University of Virginia with a Bachelor’s Degree in Psychology.

Set up by some friends, Anne and Patricia went on a double blind date with two young U.S. Air Force Lieutenants, and Anne actually became particularly interested in the handsome Lieutenant initially paired with Patricia that night. The feelings were mutual, and, just a short time later, she married that handsome young serviceman, John Calvin Josefy, on February 7, 1953. Their journey together started in Dayton, Ohio. When John left the Air Force and went to work in the oil industry, they moved to Jal, New Mexico and then to Snyder, Texas where their first son was born. Shortly after, they moved to Midland, Texas where they made their home, had five more children, and raised their family together.

As the mother of six, Anne not only had ample opportunity to utilize her psychology degree, but she also became a skillful multi-tasker before the phrase had even been coined. She was the household manager, the financial manager, the grocery shopper, the chef, the chauffer – and more importantly, a fantastic listener, a wise adviser, a faithful confidant, a loving wife, and an extremely active volunteer.

Anne was a Girl Scout leader for what must have seemed an eternity with four girls of her own and a countless number of the girls’ friends in her troops. After her troop-leader role ended, she held several additional leadership positions in Girl Scouts of the Permian Basin.

Anne was also active in Midland Junior Baseball, and most summer nights, it seemed that she served dinner to her family out of the concession stand at the ball fields. She never missed a game though she often had to crane her neck from the concession stand to watch her children play. Eventually, she became an official score keeper to gain a better view of the action!

Anne made sure her children dedicated themselves to their education and even attempted to interest them in the fine arts as she encouraged almost all of her children to take piano lessons. Anne inherited an impressive singing voice from her mother, Lulu, who was an accomplished vocalist.

Anne utilized her vocal talents in the choir at St. Ann’s Catholic Church. Her volunteer attitude also shone through her participating in The Altar Society and teaching Religious Education at each church she attended.

When their kids were grown, reducing some of Anne’s volunteering commitments, and John retired from the oil industry, they moved to Highland Haven, Texas. When John became the first Mayor of Highland Haven, Anne became “First Lady”. In other words, Anne and John never retired. Living at Lake LBJ meant hosting her grandchildren often, sitting on the dock to watch them swim, and watching John drag them around the lake on all kinds of contraptions. Anne loved to play games with the grandchildren. Skip-Bo, Clue, Phase 10, Farkle, puzzles, you name it, and she played it with them, and she loved every minute of instilling in them a love of logic and a healthy competitive spirit. She only stopped to make famous sourdough sandwiches, to encourage reading breaks, to take them to Mass, or to run them up to Dairy Queen for Oreo Blizzards. Anne was also famous for her guidance on communication as she encouraged her family to consider “is it true, is it necessary, is it kind?” before speaking.

Her marriage and journeys with John encompassed 48 years until he passed away suddenly on August 12, 2001 while working on the Oklahoma farm where he had grown up.

Anne moved to Bryan, Texas a few years after John died. Promptly after moving into a senior living apartment, she volunteered to be part of the team that welcomed new residents. She also volunteered at St. Joseph Catholic Church and was a respected leader in the religious education of countless congregants at the church. Anne then moved to Crestview Assisted Living, and later into the skilled nursing area in the late summer of 2020. The nursing staff and Hospice of the Brazos Valley team took great care of her until her peaceful passing at age 91 on Tuesday, May 25, 2021. Anne’s youngest daughter, Martha, was privileged to be holding her hand as Anne passed into the loving arms of Jesus and the happy reunion with John.

Anne was preceded in death by her parents, her husband, John C. Josefy, her brother, John Paul Zirpel, and her oldest son, John Mark Josefy.

In lieu of flowers, the family request that you give your family a hug and support your favorite charity in honor of Anne.