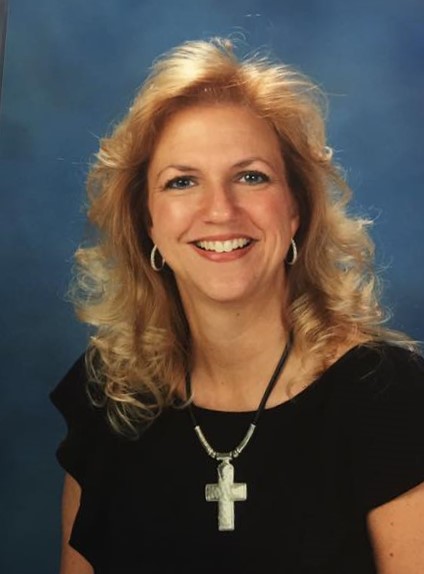 Angela was born in Houston, Texas to Lawrence and Thelma Louise Park. They lived in nearby Sugar Land, Texas. Angela grew up being active in a number of sports and activities, including being a member of the Dulles Dolls Drill Team at Dulles High School where she graduated.

Angela went on to be a cheerleader at Houston Baptist University. It was here where she met her future husband, Eric Jacobson. They dated and feelings for each other remained after she transferred to and graduated from Texas A&M University. Angela was a loud and proud member of the Fightin’ Texas Aggie Class of 1991. She graduated with a bachelor’s in Kinesiology.

Upon graduation, she began her teaching career as a P.E. coach at Spring Branch ISD. It was at this time she and Eric rekindled their relationship. Eric proposed on a park bench in the historic square of Taos, New Mexico and they were engaged. They wed on December 19, 1992, and were married for just over 30 years. A few years later they welcomed their first child, Cheyenne. Six years later they welcomed their second child, Hunter, into the world.

In addition to being an exceptional educator, Angela was a devoted wife and mother to her family. She was a strong supporter of her children’s activities and interests. This included being a 4-H leader and club manager for the Brazos County Equestrian 4-H Club, where she supported Cheyenne in her pursuits in playdays, rodeos, mounted drill team, and horse judging. She also supported Hunter through his pursuits in baseball, Boy Scouts of America, cross country, and track and field events. Angela supported her children in anything they did and simply would “make it happen” for her children– whether this meant driving across the state for contests or providing first aid when needed. There was nothing that she believed her children could not achieve. This is evident in the accomplishments of her children.

She is survived by her husband of 30 years, Eric Jacobson, and their two children, Cheyenne Jacobson and Hunter Jacobson; her parents, Lawrence and Thelma Louise Park; her brother and his wife and daughter, Derrick Scott, Kristi and Kelsey Park; brother-in-law, sister-in-law and their two children, Dr. Vernon Hendrix III, Denise, John, and Katie Hendrix; and as well as cousins and their children.

In lieu of flowers, Angela asked for donations of school supplies to be made so that they may be donated to kindergarteners in need. She felt that with the proper support and supplies, local kindergarteners would be set up for success as they begin their educational journeys.