James Burton Kelly was born in Ft. Worth, Texas, on July 1, 1931, to parents Franklin F. and Vera Burton Kelly. He died on March 7, 2018, at home on his ranch in Brenham, Texas, at the age of 86, after a brief illness. During his lifetime, Jim distinguished himself as a successful business leader and rancher, devoted father and husband, world traveler, critical thinker, and devoted Texas Aggie.

In 1948, Jim had completed high school in Sinton, Texas, with one thing on his mind: to become a Texas Aggie.

At A&M, Jim studied insurance, business, and military science, which prepared him well for success in his professional career. He embraced the disciplined life of the Corps of Cadets, and four years later he’d march one last time, for Final Review.  The camaraderie of his Class of 1952 remained solid throughout his life. Earning his B.B.A. in 1952, Jim was commissioned into the U.S. Army as a 2nd Lieutenant and became a weapons instructor at Ft. Benning, Georgia. After two years, Jim was released from active duty in 1954 as a 1st Lieutenant, and he then enlisted in the U.S. Army Reserves.

Jim then began his career in the insurance industry and married his first wife, Blanch Page Wilson. They raised their children, Rebecca and James B. Kelly, Jr., in Houston. Jim continued his education at Princeton University, completing their Leadership Program in 1967 and the Executive Program in 1968 at the College of Insurance of New York.

At home, Jim was at events anywhere his children were, always interested and active in their lives as a priority. As a family, they attended countless Aggie sporting events over the years. Both Rebecca and James, Jr. willingly followed Jim’s educational path, and both received their degrees from Texas A&M. Jim then proceeded to recruit countless more future Aggies to attend Aggieland with unparalleled enthusiasm and encouragement.

Jim found early career success in insurance, winning countless awards and distinctions for sales over the years. Ultimately, he’d start his own agency and expand his activities into the banking industry. Jim developed office buildings in Houston while growing ranching operations in Washington County, Texas. In Houston, he was a member of the Downtown Houston Rotary Club and the Texas Southwestern Cattle Raisers Association. 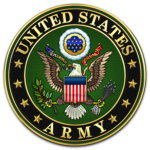 In precious spare time, Jim was an accomplished, award-winning game hunter, which meant numerous adventures traveling across Africa, Australia, Europe, Mexico, and South America accompanied by his wife Linda. He was a member of Safari Club International. Jim’s philanthropy matched his passion for hunting, as he was Chairman of the Rotary Texas Steering Committee of the “Hunters for the Hungry” program.

Above all career accomplishments, Jim Kelly loved—and was always devoted to—Texas A&M. He readily credited the Corps of Cadets for the basis of success in his life.

The Texas A&M Corps of Cadets, the James B. Kelly ’52 Reviewing Stand was dedicated on September 21, 2001. This historic reviewing stand was made possible by private donation from Aggies. Jim, who served for five years as Chair of the Corps of Cadets Development Council, provided the lead gift of $100,000 and then encouraged 12 of his classmates to join him.

Through Jim’s efforts, $300,000 was raised and the reviewing stand was completed in time for the 125th Anniversary of the Corps, on September 28, 2001. This reviewing stand provides room for an official reviewing party as well as seating for spectators. This one gift, of so many of Jim’s gifts to Texas A&M, is considered today one that helped shape the landscape and footprint of Texas A&M.

On this stand, the commemorative plaque reads: “From this drill field to the Battle of San Juan Hill, the Trenches of Europe, the Pacific Beaches and Normandy, The Mountains of Korea, The Jungles of Vietnam, the Arabian Desert and Beyond…Came the Foundation of America’s Officer Corps of Citizen Soldiers and Professionals in Time of Utmost Need. … The Sons And Daughters of Texas A&M.”

The Gen. O. R. Simpson Main Drill Field is important to every Aggie, but it meant something extra special to Jim, who initiated the effort to have the Simpson Drill Field declared a Texas Historical Site. His case was strong and approved.

Aggies helping Aggies is a way of life for Texas A&M former students. Still, Jim Kelly shone even more brightly as a guiding light and signature spirit of philanthropy across campus. A multiple scholarship donor, Jim was an Endowed Diamond Century Club Member to the Association of Former Students. He honored his days as a Cadet as a Sul Ross Scholarship donor. 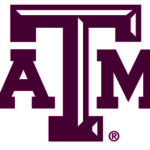 Aggie athletics events of all varieties would find Jim Kelly and his wife, Linda Goodson Kelly, front and center at all football, basketball, softball, and baseball games, especially in the past 25 years. Jim made his presence known at every home game through 2016. One of the most loyal (and audible) Aggies you would find across multiple sports, Jim served on the Board of Directors for the 12th Man Foundation and was also a 12th Man Endowed Scholarship Donor.

As class agent for the Class of ’52, Jim kept tabs on all his classmates for many years while keeping them informed of current events at Aggieland.  He also threw an annual barbeque on his ranch in Brenham for “100 of his closest friends,” mostly Aggies (or future Aggies).

Jim enjoyed studying genealogy and loved exploring Ireland in his frequent travels there, researching his roots. Jim never grew tired of learning; he was driven by passion for life, love of family, and permanent devotion to providing for the future of Texas A&M.

Jim is survived by his wife Linda, of Brenham, Texas; daughter, Rebecca Kelly of Cañon City, Colorado, her daughter Kelly Guettlein, her son, Jacob Patterson, both of College Station, Texas; son, James B. Kelly, Jr., his wife, Sonia, and their daughters, Briana Garcia, and Kaitlin Kelly, all of Laredo, Texas.

Visitation will be held Friday, March 16, from 6-8pm, at Callaway-Jones Funeral Home and Cremation Center in Bryan, Texas. Life tribute services, officiated by Rev. John Gordon Burton, are set for 11am–12pm Saturday, March 17, at Callaway-Jones, followed by interment at the Aggie Field of Honor in College Station.

In lieu of flowers, please direct memorial gifts to the A&M Foundation, 401 George Bush Drive, College Station, TX 77840. Checks can be made payable to A&M Foundation with the designation “Corps of Cadets General Scholarship Fund in Memory of James B. Kelly ’52.”