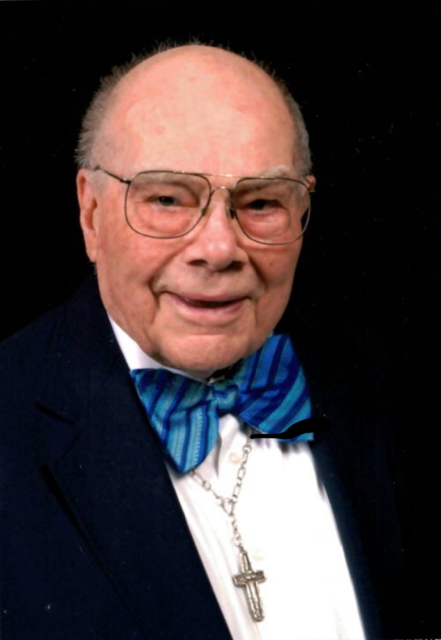 Heaven’s bells were ringing when Reverend Glenneth Allen Harrington was called home to be with his heavenly father early Thursday morning, October 10, 2019. He was 89 years old.

Glenneth was born to Russell and Grace Harrington, June 3, 1930, outside of Hollene community in eastern New Mexico. The oldest of five children, Glenneth’s early years were spent working on the family farm. While attending Rosedale High School, Glenneth participated in basketball, track, baseball, and FFA.

As a young man Glenneth heeded God’s call to the ministry, which lead him to McMurry College in Abilene, Texas. It was at McMurry that he would meet the love of his life, Florence “Kitty” Blansit. The two were married June 18, 1953. He spent the next 66 years of his life devoted to Kitty and their three children.

Glenneth attended the Perkins School of Theology at Southern Methodist University before being ordained in the New Mexico Conference of the United Methodist Church in 1957. During the 40 years of his ministry, Glenneth served churches throughout New Mexico, West Texas, and Northwest Texas. A true servant leader, he was loving and selfless, planting seeds for others to harvest while collecting deep and lasting friendships along the way.

Glenneth was known for his deep faith and love of God, his devotion to his family, his beautiful voice, and love of baseball.

A Celebration of Life will be held November 9, 2019 at 2:00 pm at First United Methodist Church, Bryan, Texas. A time for fellowship will follow in the church’s Fellowship Hall.

In lieu of flowers, memorials may be made in Glenneth’s name to Methodist Children’s Home, 111 Herring Ave, Waco, Texas 76708.