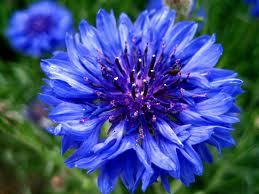 William Buchanan Roman III, (Bucky) 57, went to be with his Lord on March 28, 2013, at his home in Amarillo, Texas, where he died peacefully.

Bucky was born on February 12, 1956 to Dr. William Buchanan Roman Jr. and Jo Nell in Dallas. He attended S.F.A. High School in Bryan and later received his G.E.D. He worked first as a Machinist for 15 years, followed by his work at Texas A&M in the maintenance department. While working at Texas A&M, Bucky met his future wife, Nancy Lee Walkoviak, of Bryan. They were married on August 13, 1993. Following their marriage, they worked for a newspaper company in Bryan and subsequently owned their own newspaper distributing company for 10 years.

In March of 2003, Bucky began a new career in which he attended Colorado School of Trade for Gunsmithing. He graduated in 2004. At that time he was offered a job with Gander Mountain in Fargo, North Dakota and was later transferred to Amarillo.

He was preceded in death by his mother, Jo Nell Roman.

Bucky was a loving husband, father and friend. He will be missed by all those he touched in his life. He had an avid love for all kinds of music, fishing, and hunting. He was a master in all his trades.

Services will be held at St. Andrews Episcopal Church on Tuesday, April 9, 2013 at 1:00 p.m. in Bryan. Callaway-Jones Funeral Home is handling all of the arrangements.