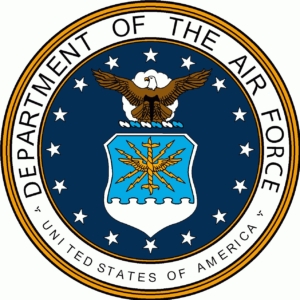 Rick Olivares, 73, of Bryan, passed away on Monday, November 25, 2019, in Temple after a lengthy battle with liver disease. A visitation will begin at 5 pm with a Rosary at 7 pm, on January 2 at Callaway-Jones Funeral Center, Bryan, Texas. Mass of Christian Burial will be at 10 am, on January 3 at St. Joseph Catholic Church, Bryan, Texas, with Military Honors. Interment will be 1:30 pm, Friday, January 3, 2020, at Houston National Cemetery. Cremation Services are in the care of Callaway-Jones Funeral and Cremation Centers, Bryan-College Station.

He met the love of his life, Bobbie Cultice Brzoznowski, and they married in 2003.
Rick was born in Eagle Pass, Texas to Manuel S. and Enriqueta Garza Olivares, on September 26, 1946. He graduated from Eagle Pass high school class of 1964 and came to Texas A&M as soon as possible. Although, he needed to experience the other school he left immediately after one semester coming to TEXAS A&M graduating as a member of the Class of 1974. Rick honorably served in the US Air Force for 4 years. His service would take him to foreign territories as an Intel Operational Specialist. He was a member of the Veterans of Foreign Wars Post 4692 and served as District 17 Commander and Post Commander. He was also, a member of the American Legion Earl Graham Post No. 159 and a member of the Adam Royder Masonic Lodge No. 778, A.F. & A.M. He attended St. Joseph Catholic Church and was a member of the Knights of Columbus, St, Joseph Council 11759.

He worked for Texas A&M for 30 years, retiring in 2001. After several years, he received his teaching degree and taught Spanish in Calvert, Hearne and Bryan ISD. Family and friends as a loving husband, father, proud Aggie, proud patriot and US Air Force veteran will fondly remember Rick.

The family would like to thank all those who helped Rick through this journey. In lieu of flowers, memorials may be made to the Brazos County VFW Post 4692 in honor of Rick.