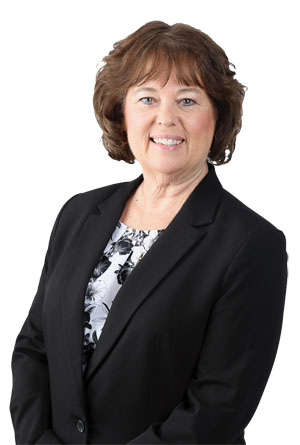 Patti Wade has been a resident of Bryan since 1980. She and her husband, Calvin, married in 1979, and moved here and raised their son; C. P. Wade while Calvin worked and studied at Texas A&M, Class of 1986. Early in her career, Patti began working in the funeral business in 1999 and she earned her Pre-Arrangement license in 2002. In the community, she also served on the Bryan Senior Committee and the Bryan City Cemetery Board.

As a member of Saint Joseph Catholic Church, she was a member of the Folk Group for 22 years. As a longtime volunteer for her neighborhood homeowner’s association, Patti currently is an active member of the board.  She loves spending her spare time outdoors fishing, hunting and gardening.

She believes she was called to serve families and remains committed to upholding the highest standards of the profession. At Callaway-Jones Patti says it’s a pleasure to be associated with so many who are equally committed to this caring profession.