What’s on Your 2017 Championship Calendar? 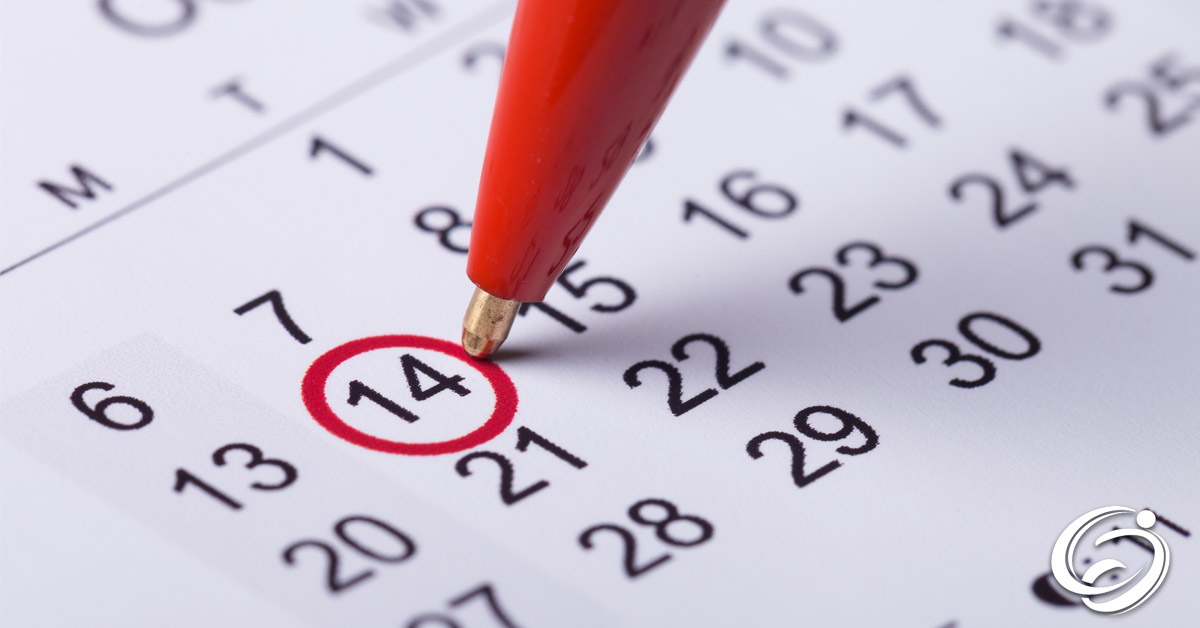 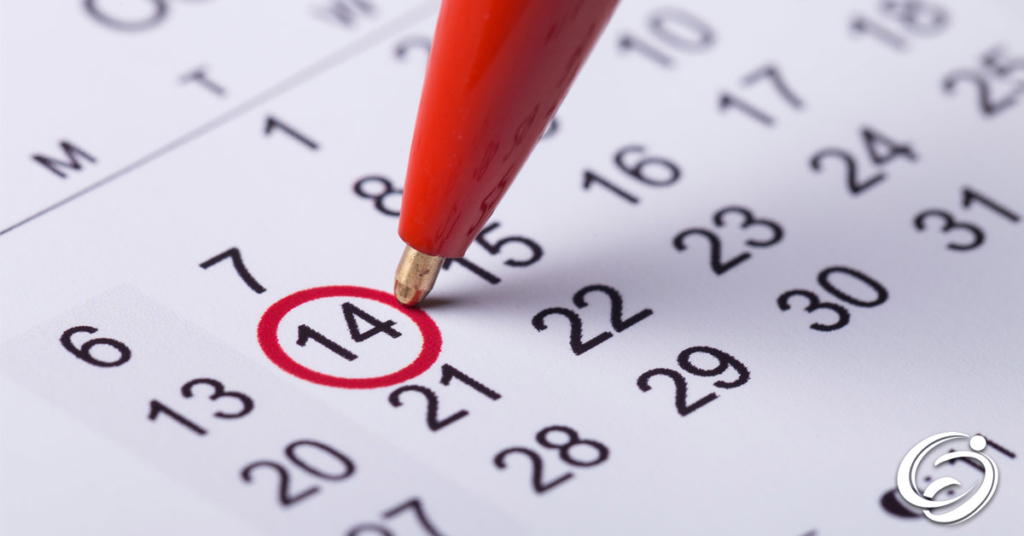 The year 2017 brings with it the need to keep up with our calendars. So many things going on, they must be written down or typed in. I’ve always enjoyed keeping a calendar, whether it’s on my desk or my computer. Even my phone has my Google Calendar.

If you’re a college football fan, you know that January 9th is the day the undefeated Alabama Crimson Tide (SEC, 14-0) plays the Clemson Tigers (ACC, 13-1) for the national college football championship. And, the next day is when Aggie fans and team alike plan to be playing in that 2018 championship bowl game “next year.” To be clear, January 10th was already on my calendar, because it’s the birthday of my beautiful wife, Chelsea! I’m a very lucky man.

This amazing spirit of resilient optimism of Aggie fans seems to be ingrained in our DNA, no matter what sport. Aggies expect the best, want to be the best, and hope to be the best, and we make our fall plans around football. Even though we didn’t get there in football, these dates are always on our championship calendar.

The Sam Houston Bearkats (FCS) won the 2016 Southland Conference championship trophy and held the No. 1 ranking in the nation for their final six weeks of their season. The Blinn College Buccaneers have won national championships. The Brazos Valley is football blessed in college and in high school alike. We always expect to win…and thanks to our Aggie tennis fan who just called to tell me I’d omitted our National Championship indoor Tennis Team.

Our next NCAA championship hopes continue for Aggie basketball, track and field, volleyball, swimming and diving, and baseball.  What else, besides sports, is on your Championship Calendar this year? I have a few exciting things on my calendar that might surprise you. Check out my blog to see if these same things are on your calendar, too.

Tuesday, January 10, in addition to it being my wife Chelsea’s birthday, the George Bush Presidential Library Foundation of Texas A&M will host former Florida Governor, Jeb Bush, for a lecture at the Annenberg Presidential Conference Center. This signature event is part of a 10-day course taught by Gov. Bush at the Bush School of Government and Public Service. The class emphasis is on the “role of the gubernatorial leadership and its impact on government at all levels.” The event also marks Gov. Bush’s affiliation with the Bush School here, as he’ll be part of the faculty as an executive professor and the John D. White ’70 Distinguished Professor of Practice. To attend the Jan. 10 lecture, RSVP is required by calling (979-862-2251) or e-mail BushEvents@Bush41.org

On Saturday, January 14, the 43rd Annual Go Texan Scholarship Dance & Auction will be held at the College Station Hilton from 7 p.m. until midnight. The annual event raises funds for scholarships for students from Brazos County and promotes the Houston Livestock Show and Rodeo. The 2017 goal is to raise $100,000 for students to attend their choice of colleges. Since 1984, an impressive 287 scholarships have been awarded. Tickets are available at Catalena Hatters, Cavender’s, and GiddyUp Glamour and they’re $10 in advance and $15 at the door. Dancing, raffle, and auctions. You’ll be glad you did.  For more information, check out www.brazosgotexan.com or find them on Facebook at facebook.com/GoTexanBrazosCounty.

You’re still in time to become a part of the Martin Luther King Freedom March and program sponsored by the Brazos Valley Area Alumnae Chapter Delta Sigma Theta Sorority, Inc. A very special event will happen next Monday, January 16. In addition to the annual March honoring Dr. King, which begins at 10 am from Sadie Thomas Park, Col. Cecil Webster, Ret’d., U.S. Army, will be speaking at Kemp Elementary School in Bryan.  Individuals, churches and organizations are invited to join in this celebration. For more information, contact Agnes Gray (979-492-1491) or agray1913@yahoo.com

At 3:30 p.m. on Sunday, January 22, Brazos County District Attorney Jarvis Parsons will be the guest speaker at the NAACP Annual Jubilee Day Celebration, and the event will be at the Galilee Missionary Baptist Church, 804 North Logan Avenue, Bryan, 77802. Pastor Anthony L. Ross leads the church there. The event is sponsored by the Brazos County Branch of the NAACP and is open to the public. This special Jubilee Day began here in 2008 and it should be on your calendar every year, for the fourth Sunday of January. It’s a sacred service to remember known and unknown slaves who “toiled, suffered and died without knowing freedom.” Clergy are asked to wear their ecclesiastical garb, judges should wear robes, and any Masonic, sorority, fraternity or other groups are invited to wear their distinctive uniforms as well. Contact Ann Boney (979-778-5902), President of the Brazos County NAACP for more information.

If you’ve grown up and lived here as long I have, you already know certain things are bound to happen here every year like clockwork. Take for example, the MSC OPAS Gala. Forever, it seems, it has taken place on the 4th Sunday of January, with proceeds going to MSC OPAS. The Opera and Performing Arts Society began in 1972 as part of the programming initiated by Wayne Stark, overseer of the MSC on campus. This year’s Gala, hosted by their volunteer auxiliary, OPAS Encore! is Saturday, January 28, and if you don’t already have a ticket, you’re not going. It’s sold out.  What you would have enjoyed at the black-tie Brazos Valley Expo Center is their theme “Carnival” and music by their favorite group, the Emerald City Band. They sold out before invitations could go out, so if you want to know about next year’s event, join OPAS Encore! Reach out at opasencore@gmail.com.

Looking ahead to February, there’s the Children’s Museum’s Daddy-Daughter Dance on February 3rd and 4th, the American Heart Association’s Heart Ball on the 11th (music by The Argyles), Hospice Happening on the 18th (entertainment by The Casino Connection and music by the Texas Unlimited Band), and in case you were wondering about the American Cancer Society’s annual Cattle Baron’s Ball, remember that they are now a fall event as of last year.

Do you have something special you’d like to add to our new, FREE Community Calendar online? If so, please send it to Dawn Lee Wakefield at dawnlee@callawayjones.com and stay in touch the latest with community, church, and local events.

PrevPreviousResolutions and Re-Solutions: It’s Your Choice in 2017
NextObserving Martin Luther King Day and how it impacts the dreamer in all of usNext