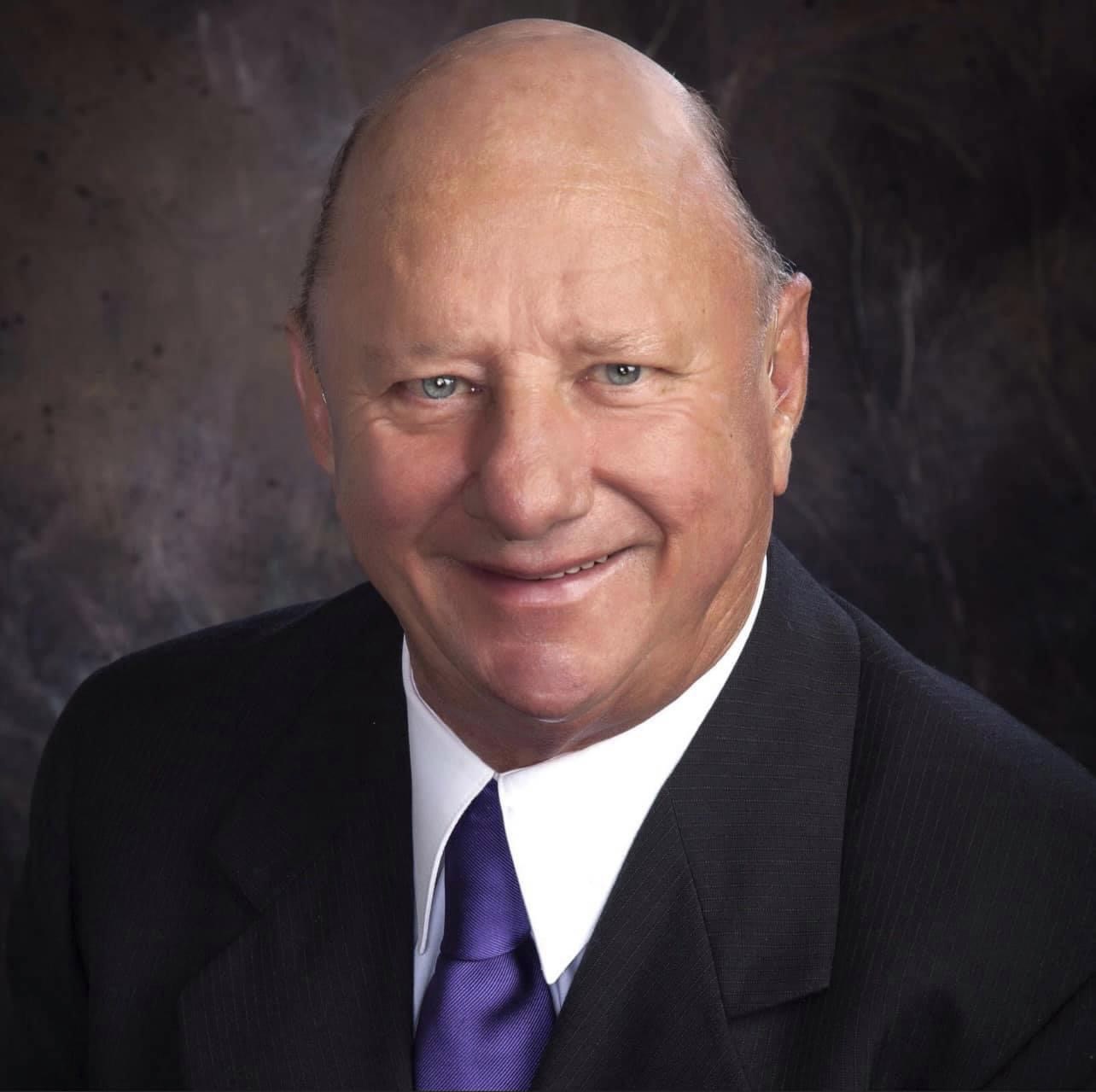 Tom was born February 15, 1940, to parents Nonie and Judge W.T. McDonald, Sr., in Bryan, Texas, where he grew up and graduated from Stephen F. Austin High School in 1958. College studies took him to Randolph-Macon Men’s College, in Ashland, Virginia, where he graduated in 1962 with his B.A. in Political Science and History.

Education continued when Tom entered law school at the University of Texas in Austin and learned from some of Texas’ best legal minds and educators, receiving his Doctor of Jurisprudence degree in 1966. While in law school, love bloomed. Tom met Caroline Sweeney, a beautiful girl from Brownsville, Texas, who would quickly become his best friend and the love of his life. Tom and Caroline were married on July 10, 1965, in Brownsville, both entering their first formal contract—of a lifetime together. Their partnership grew with the addition of sons Scott and Don, then Don’s wife, Amanda, and their children, Hunter and Grace, all of whom brought joy, love, and laughter as their family grew.

A love of people, good conversation, and stories meant when you saw Tom, you would exchange a mixture of entertaining, humorous, and informative stories about interesting characters and events, all of which he cared about passionately.  He believed stories vividly communicated life experiences and humanity in a way that was deeper than merely stating abstractions.

A credentialed mediator/arbitrator, Tom was frequently called upon to help resolve complex legal disputes. He was named to “Who’s Who” among Texas Mediators and was designated as a Distinguished Mediator.

Tom was devoted to St. Andrew’s Episcopal Church of Bryan, and he spent countless hours on its landscaping, maintenance, and governance. Over the years he directed innumerable projects, including the restoration of the hundred-year-old building and the “Last Supper” window. He also served as co-chair of the 125th Anniversary Committee, and other committees and as a member of the Vestry. He signed his e-mails with one of his favorite passages from the Episcopal Church’s Book of Common Prayer: “Strive for justice and peace among all people, and respect the dignity of every human being.”

A plant lover and avid gardener, Tom grew many varieties of plants (often trading with friends and supplementing from various locations) and was equally passionate about the environment, respected all of God’s creatures, and he always tried to be a good steward of our natural resources.

Tom especially enjoyed planting trees. Once, when he was teaching his young sons, Scott and Don, how to plant seedlings, they stated, “Why are we planting these little things? It will take forever for them to grow into big trees.” Tom replied, “Well, every once in a while, we need to stop and realize that the real measure of life is what we leave behind. It is about the time and effort we give, not what we take. What we give can last well beyond our life here on earth. In the end, it is about leaving a better place than we found. That is why we are planting these seedlings.” And, he quoted a Greek proverb: “A society grows great when old men plant trees whose shade they know they will never sit in.”

Tom’s strong sense of patriotism led to the founding of an old-fashioned Fourth of July Celebration in the family’s front yard in 1978 that grew to become an annual event at Heritage Park. Also, Tom always kept a supply of U.S. and Texas flags on hand, and when he saw some flying that were tattered or faded, he would knock on the owner’s door and offer to trade their old ones for new ones. He then took the old flags to the American Legion for proper, dignified disposal.

Tom was a loving husband, devoted father and grandfather, nature lover, man of faith, committed church member, advocate of justice, a plain-spoken, common-sense, fair-minded judge, loyal friend, and example of a man who shared his time and talents freely. Helping others in the community, preserving history, conservation of nature, encouraging education and the fair and just application of the law were all most important to him.

There will be a private family service at St. Andrews Episcopal Church. A public Celebration of Life will be announced at a later date.  Contributions may be made in Tom’s memory to the St. Andrew’s Building Fund, the local fund of CHI St. Joseph Hospital, the Community Foundation, or to the charity of choice.