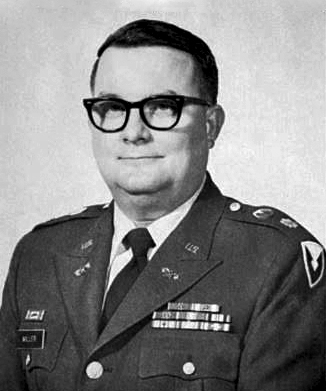 Tom was a longtime resident of College Station, Texas, and a 1955 graduate of Alvin High School in Alvin, TX where he earned a full academic scholarship to attend Texas A&M University. Tom fully embraced Aggieland where he attained the rank of Cadet Major in the Corps of Cadets, was inducted as a Ross Volunteer, and led the 12th Man as a Yell Leader. Tom was the first college graduate in his family (Class of ‘59), earning a degree in Chemical Engineering, and upon graduating, was commissioned as a 2LT into the U.S. Army Chemical Corps.

Tom served in many parts of the world including the United States, Europe, Korea, and the Vietnam War, and held critical staff positions at all levels of command. While stationed in Germany, he met the love of his life and wife of 56 years, Peggy Joyce Quinn, who was there teaching for the Department of Defense (DoD) schools.

In 1980, Tom retired from active-duty and moved his family to Franklin, TX where he opened a business as a Registered Public Surveyor and was close to Aggieland. Tom was part of the Texas A&M Letterman’s Association, and he and his wife Peggy, both Aggies, enjoyed attending and watching all-Aggie sports games throughout their retirement together. Tom was extremely well-read and also enjoyed Amateur Ham Radio, achieving the most prestigious DXCC Honor Roll award by communicating separately with 338 designated countries and territories/entities throughout the world.

Tom loved and was very proud of his two sons and five grandchildren. He enjoyed country-life, catching up with his Fish Old Lady and classmates, and taking in the local fare. His love of country, intelligence, and dry wit will be missed. Please join us in honoring the life of Thomas Harold Miller.

Tom is preceded in death by his parents, and dear wife, Peggy.

Per his wishes, cremation rites with full military honors have been accorded. A private graveside memorial service will be held at the place of dual inurnment with his wife Peggy at the Aggie Field of Honor & Memorial Cemetery, College Station, TX.

In lieu of flowers, preferred memorials may be given online at the Texas Aggie Corps of Cadets Association under Give In Honor/In Memory