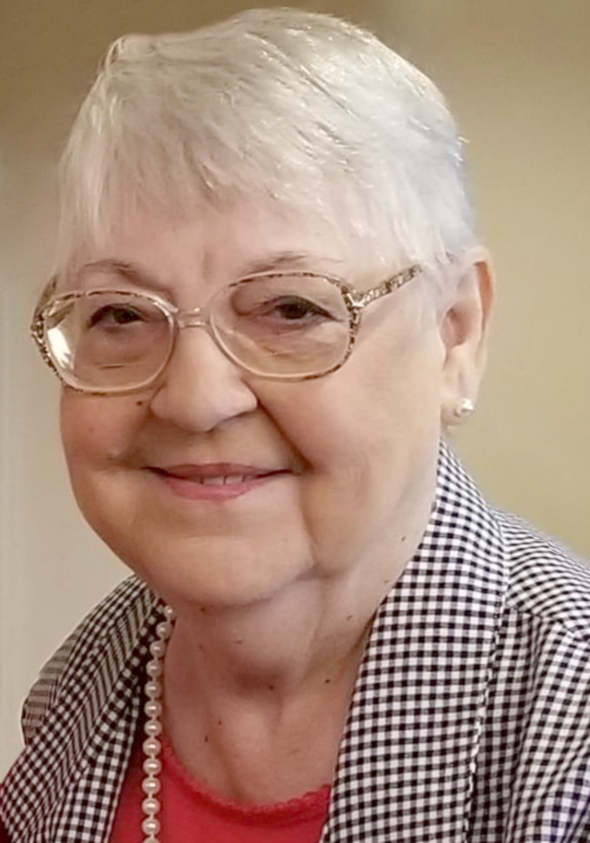 Teresa Ann (Barrett) Vinzant, 81, of College Station, passed away peacefully the morning of April 3, 2021, in her home surrounded by her family. Visitation will begin at 1:00 PM, followed by a Life Tribute Memorial Service at 2:00 PM, Saturday, April 17th at First Baptist Church of College Station. Video live stream will begin at 1:50pm, via CallawayJones.com website. As a precautionary measure due to the Covid-19 pandemic, all guests are asked to wear a mask or facial covering and adhere to social distancing. Cremation services are in the care of Callaway-Jones Funeral and Cremation Centers, Bryan/College Station.

Teresa was born on May 16, 1939, in Bryan, Texas to James L. and Teresa (Kapchinskie) Barrett. She was raised by her parents and by her aunt, Lena Estelle (Barrett) Black, and her uncle, Hollis H. Black. In late 1956, she met the young man she would spend the next 63 years with while he was stationed at the Bryan Air Force base. They attended a sweethearts banquet together in February where she sang, “Let Me Call You Sweetheart” to him, and on August 2, 1957, she married him, A.C. Vinzant, whom she lovingly referred to as Vince throughout her lifetime. Together they raised two daughters, Pam (Vinzant) Shillings, and Wendy Vinzant Cerhit, born 15 years apart, and she often introduced them as her “Alpha and Omega” daughters.

She was a 1957 graduate of A&M Consolidated High School and attended McKenzie-Baldwin Business College from 1957-58. She began her accounting career at Vaughn’s department store in Sherman Texas. Upon returning to B/CS, she worked at University National Bank where she enjoyed working with her many local customers. In 1979, she moved to Texas A&M in the office of University Research Services and Sponsored Projects, where she was honored with the 1999 President’s Meritorious Service Award. She retired from Texas A&M after 21 years of service on March 31, 2000.

Teresa was a gifted piano player and spent much of her free time playing for weddings, funerals, events, and many church services throughout the Brazos Valley. Most recently, she could be heard playing for the College Station Noon Lions Club during their meetings at the Hilton every Monday.

She will be greatly missed by all who knew her, including her First Baptist College Station church family, the Discovery Program, B/CS Christian Women’s Connection, College Station Noon Lions Club, and her three weekly Lunch Bunch friends groups. All her life she was ready to serve when asked and would do it with a smile on her face and joy in her heart.

She is survived by her husband of 63 years, A.C. Vinzant; her daughters, Pam, and husband Eddie Shillings, Wendy and husband, Paul Cerhit; and her grandchildren, Zoe, Jonathan, James, Lenna, and husband Norb, as well as her brother, James Barrett of Bryan, her sister, Susie Barrett of Statesville, NC, and numerous extended family members in the B/CS area.

In remembrance of Teresa Vinzant’s life, the family asks that any charitable donations be made to Brazos Valley Hospice or any organization of your choice. We would like to thank Hospice Brazos Valley, St. Joseph’s Rehab, and CHI St. Joseph’s CS ICU for all the care during Teresa’s last few months.