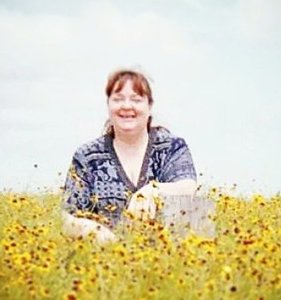 Sherry Brown, 55, of Bryan passed away peacefully at 01:50pm on January 31, 2021 at Baylor Scott and White Medical Center in College Station.

Born on November 14, 1965 in Caldwell, she was raised by her grandparents in Bryan where she attended and graduated from Bryan High School in ‘83. Sherry is survived by her daughter, Laura; her three sons, Travis, Jared, and Michael; grandchildren, Logan and Kayla; a great grandson Isaac; and numerous close friends who were like family to her, along with her animal companion Lilly. Sherry had many passions in life including cooking; traveling and exploring new places; going to the movies; her pets Tuohy, Faith, Gandalf, and Thackray; and she even tried scrapbooking. Most of the time you could find her watching the classics with friends and family, most of them starring Bette Davis, her favorite actress, and others like Don Knotts, Doris Day, and Judy Garland. Other times she loved a good Barbie movie, Tinkerbell movie, or anything starring gorillas, her favorite animal. Her favorite music included year round Christmas music, old Hollywood showtunes, and classic country. Traditions were her thing, whether it be carving a pumpkin, putting up her Christmas tree, or cooking for her family on Thanksgiving Day. Her laugh was contagious, filling those around her with joy. Sherry will forever be remembered for the light she brought into the world and for the happiness she instilled in all who knew her.