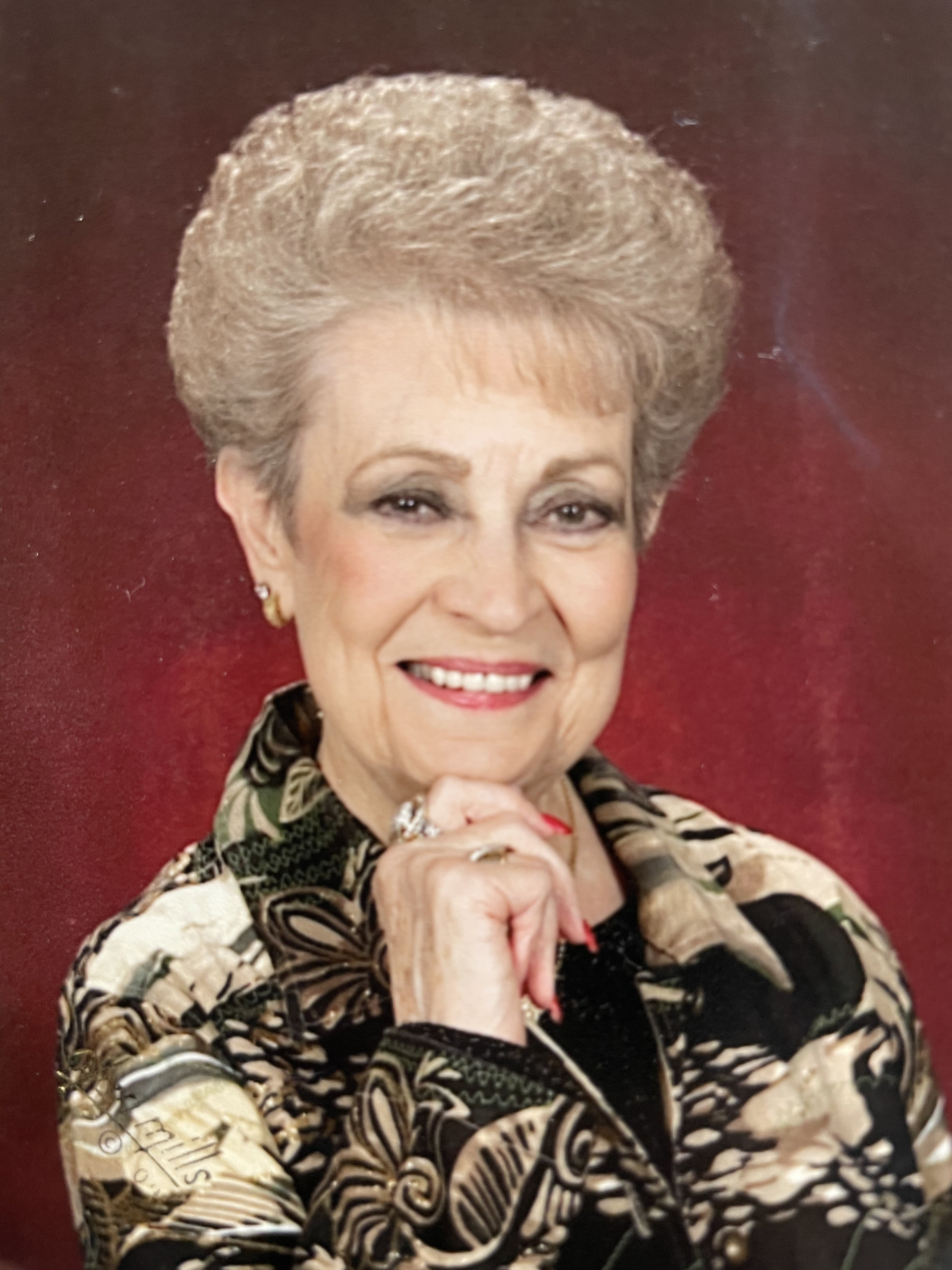 The youngest of five siblings, Helen Ruth Bell was born to John Andrew Bell and Lillian McCollum Bell on August 19, 1935, in Clarkson, Milam County, Texas. She passed into the arms of her savior, Jesus Christ, on January 8, 2021. Her father was killed in an automobile accident in 1942 and her mother moved the family to Bryan in that year.

Ruth began her career in banking at the City National Bank in the early 70’s as a teller, and she retired in 1999 from First American Bank as supervisor of customer services. She held several positions in banking throughout those years such as head teller and vice president of teller operations. She met many people in her work, some of whom became friends.  She was an entertaining conversationalist and was sought out at parties and social gatherings by people who enjoyed her gift of gab and her hilarious sense of humor.

She married Joe Malazzo at age 16 and they raised four children: John Randall, Stephen Rick, Leisa Jo, and Tara Leanne. Joe jokingly remarked that he raised five children and only one was a disappointment. Sadly, their marriage ended in 1993 when Joe died at a young age. In 1996 she married Sandyr Scarmardo. They spent their retirement years traveling and spending time with their family.

A visitation will be held from 6 to 8 pm Monday, Jan. 11, at Callaway-Jones Funeral Center, 3001 S. College Ave in Bryan. Her life will be celebrated and honored at 10am Tuesday, Jan. 12, at Central Church, 1991 FM158 in College Station, with Tim Skaggs officiating. A private family interment will follow at Restever Memorial Park Cemetery in Bryan. Services are in the care of Callaway-Jones Funeral and Cremation Centers of Bryan College Station.

Ruth requested that memorial contributions be made to Central Church Children’s Building Fund.