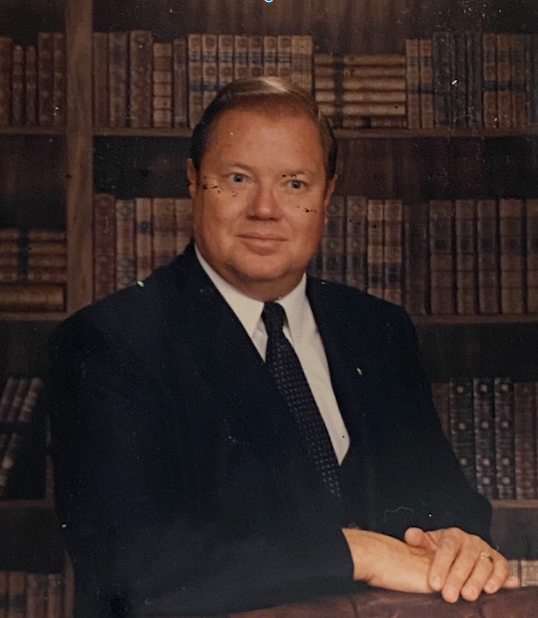 Evan Norrell Henderson was born on February 1934 as the only child of Iliff and Alice Henderson. The family lived in Houston and attended First United Methodist Church. As a child Evan gave his life to Jesus Christ as his Savior. Evan attended Lamar High School in Houston and received a Bachelor’s Degree from Texas Weslayan College in Ft. Worth. He received a call from The Lord into Christian ministry and earned a Masters Degree in Theology from Emory University in Atlanta, Georgia. Evan pastored numerous Methodist churches in Georgia and Texas including the Alexander United Methodist Church in the Tabor community of the Brazos valley. His heart for missions took him to short-term outreaches in countries outside the U.S.A.

Evan married Nancy Newton from Bryan. They have two children, Kimberly and Mark. Evan is survived by his wife, Nancy of 50 years. Their son, Mark and his wife, Cynthia live in the Dallas area. Their daughter, Kimberly and her husband Michael Reeves live in College Station. Their three children are Zachary who lives in Houston, Tiffany who lives in College Station and Kaleigh lives in College Station. Evan and Nancy are members of First Baptist Church in Bryan. In lieu of flowers please make donations to the missions department of First Baptist Bryan or the Gideon Bible Society.

Private services are in the care of Callaway-Jones Funeral and Cremation Centers of Bryan-College Station.