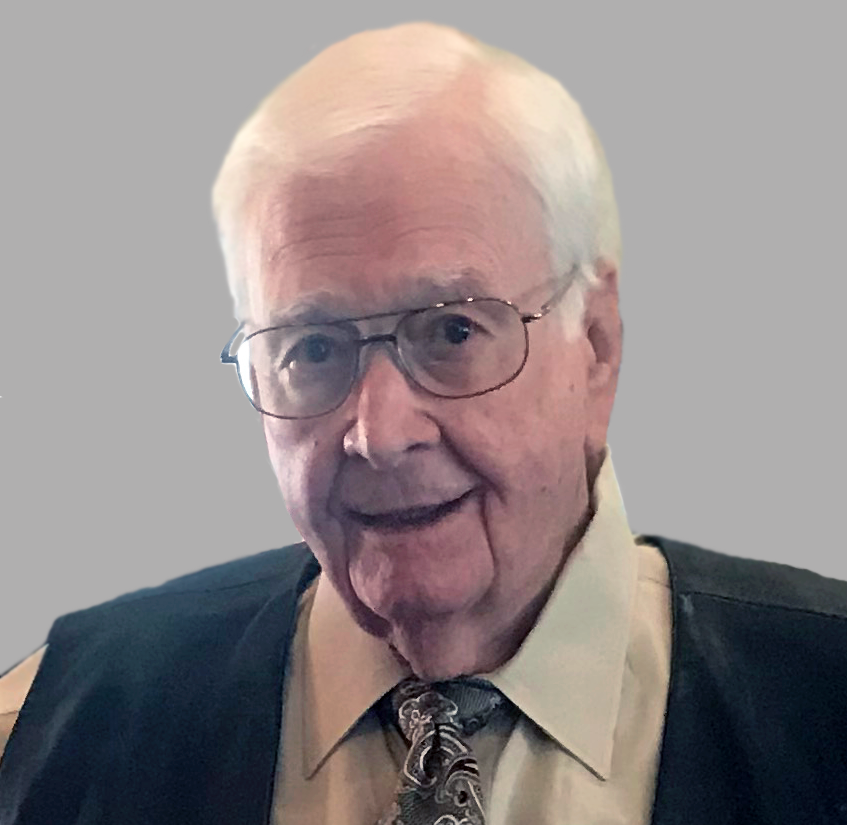 Nollie Morris, “Pete,” Clary was born in Cross, Texas to Nollie and Sarah Williamson Clary on February 17, 1929. His family moved to Bryan, Texas, from Cross, where he would spend the majority of his life. Pete married Alice Graeber on December 13, 1950. They moved to Cheyenne, Wyoming for three years and returned to Bryan in June of 1954.

Pete proudly served in the United States Air Force. He started working at Conlee Brothers Mayflower Moving and Storage in January of 1956, where he managed it for over forty years and made dear friendships that lasted his lifetime. He was a longtime member of Our Saviour’s Lutheran Church. Pete made friendships throughout his life, being a deeply loyal person. Over the last several years he enjoyed visiting with the Wednesday night Briarcrest group. He loved spending time at his place in the country, simply known to family as “Tabor.”

Pete lived a life filled with “the good times.” He was known for his love of country music, Western swing, and a good guitar strummer. Pete was a hard worker, always staying busy even after retirement. He kept a vegetable garden and made sure to work a crossword puzzle every day. He was strong and independent but still made anyone he was with feel like they mattered. He was an exceptional listener and always showed an interest in the people in his life. He was considered “a legend” to the younger generations. Pete was an absolutely wonderful storyteller. He deeply loved his family and they all knew it.

Pete went to be with his Lord and Savior on October 2, 2020. He is survived by his daughter, Lynn Clary Yeager, son and daughter-in-law Jeff and Melissa Clary, grandchildren, Sam Yeager, Jordan and Brock DeWald, Matt and Ashley Yeager, Jill Clary and Kayanne Armer, and great-grandchildren Joshua DeWald, Bethany DeWald, and Truett Morris Yeager. He is also survived by his sister, Dorothy Siegert, and many nieces and nephews. Pete was preceded in death by his beloved wife, Alice, his parents, and his sisters, Juanita Bond, and Nina Ruth Binford.

Visitation will be from 5:00 to 7:00 pm, Monday, October 5 at Callaway-Jones Funeral Center in Bryan. A graveside service will be held at 10:00 am, Wednesday, October 7 at Bryan City Cemetery, followed by a memorial service at 11:00 am at the funeral center. As a precautionary measure family and guests are required to wear masks during services. Live streaming of the service on Wednesday will be available through the Callaway-Jones website.