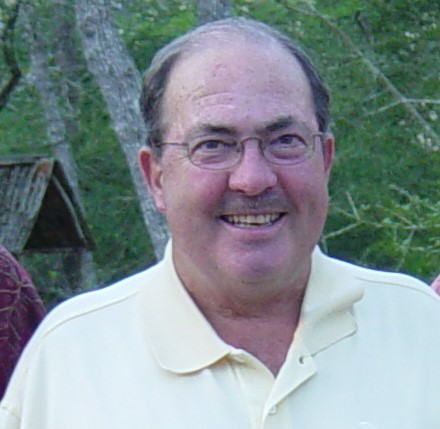 Michael (Mike) Brooks Calliham, Sr. of College Station, passed away peacefully on June 18, 2021, surrounded by friends and family.
Mike was born in Hobbs, NM on January 31, 1945 to Frances Brooks and Melvin Ray Calliham. He attended elementary and Jr. High School in Canyon, Texas and then moved to College Station in to finish school at A&M Consolidated in 1963. He served as Senior Class President and was a five sport letterman in Football, Baseball, Basketball, Track and Golf.

Mike married Peggy Ames in November 1964 and they had sons, Michael Brooks Calliham, Jr, and Sean Patrick Calliham who were the pride and joy of his life.
Mike attended and graduated from The University of Texas in Austin in 1967 and went on to get a law degree from Baylor University in Waco 1972. He then returned to College Station to practice law. In addition to his law practice he was elected Justice of the Peace and served in that role for 14 years. After than Mike began teaching government at Blinn College and immensely enjoyed and was enjoyed by his students and classes. He also served during this same period as Associate Judge for the City of College Station Municipal Court.

Mike had a sense of humor that kept friends and family laughing his entire lifetime. It was a character trait he passed along to his sons with delight. He loved softball and played into his 50’s with local teams. He also officiated high school football for many years.
Mike is survived by his two sons, Mike Calliham, Jr. and wife Joella, Sean Calliham and wife Lisa, the mother of his sons, Peggy Calliham, his sisters and brothers-in-laws , Pat and Bill Martin and Janet and Richard Runkles and grandchildren Ashley Calliham, Aaron Calliham, Haley Calliham, Makenna Calliham, and Joseph and Joshua South. He also had many nieces and nephews and close friends that he loved like brothers.
Mike was preceded in death by his mother and father.

A celebration of his life will be held at a later date still to be determined.
Express condolences at CallawayJones.com