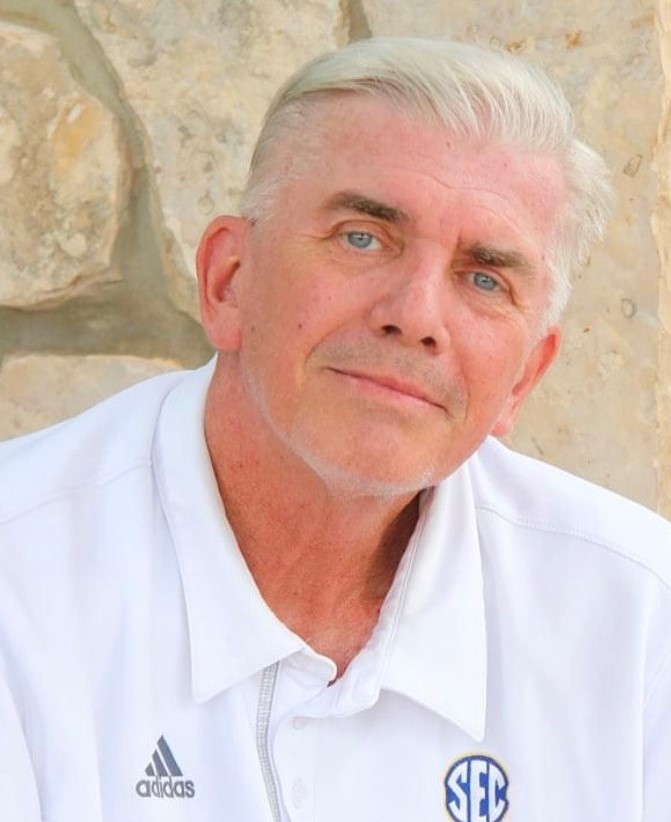 Mark Ray Edwards, 64, of College Station passed away on Tuesday, February 22, 2022 after a long battle with cancer. Mark was born on April 9, 1957 in Spokane, Washington and raised by his parents, Delbert and Alfreda (Tietgens) Edwards. Mark graduated from Lewis & Clark High School class of 1974 and went on to enlist in the United States Air Force, serving primarily stateside with a four-year stint at Hickam Air Force Base in Hawaii. He retired in 1995 after 20 years of honorable military service. While stationed in San Antonio, he met and married Cristine Heaps in 1995 and remained married for 22 years. During this time, they moved to Missouri where he attended the University of Missouri to pursue a bachelor’s degree in Journalism. Within his first year of college, Mark was hired as the morning weathercaster of KOMU-TV in Columbia Missouri, and immediately found his calling. His amusing and enthusiastic banter with the news anchors was a reason for Columbia residents to rise and shine to watch the morning news program. He came alive in front of the TV cameras or behind a microphone with his charming smile, infectious energy, and booming voice. Mark never met a stranger and his gregarious personality lit up a room while he willingly engaged in conversation with everyone he met.

Mark enjoyed playing rounds of golf, talking sports, and sharing trivia facts about any variety of subjects. He was often heard saying “my mind is like a steel trap baby”, eliciting groans from his family and laughs for newcomers to his phrase. He looked forward to dinner and game night with his children and their friends while sharing his popular risotto bolognese. He could be found on a weeknight at BJ’s sharing a meal and stories with friends old and new.

After moving to College Station, it was evident he had found his home in Aggieland. Mark’s career in broadcast continued as a radio traffic director for KAMU-FM for 16 years and he readily filled in as a weathercaster at KBTX when needed. Mark was a beloved fixture at Reed Arena, serving as public address announcer for women’s volleyball and basketball games and was passionate about all sports. He was fondly known for his signature call, “Aggies’ Ball!!!” Mark’s time with Texas A&M Athletics capped a 36-year career as a public address announcer, which began at the University of Hawaii. His voice, spirit, and dedication will always be cherished by the Aggie community. Most importantly, Mark was the loving, supportive, and proud dad of son Nathan Samuel Heaps Edwards (19) and daughter Emily Louise Heaps Edwards (21). His role as a father superseded all other pleasures in his life. His legacy will continue in his children as they live with his memory and cherish the steps they walked with him during his life.

Mark made a positive difference in the lives of many friends, family, and colleagues and was an inspiration to all. In lieu of flowers, the family requests donations be made to either St. Jude’s Children’s Research Hospital or a charity of your choice. Memories and tributes can be shared in honor of Mark at his guestbook page online at Callaway-Jones Funeral Home. The family invites you to a Celebration of Mark’s Life planned for May 2022. Details will be forthcoming.