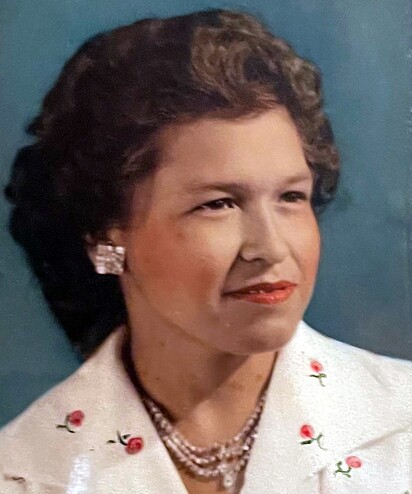 Maria Raquel Meza (“Rachel”), 88, went to be with our Lord on March 22, 2022, surrounded by her family. Cremation services are in the care of Callaway-Jones Funeral and Cremation Centers, Bryan-College Station. Visitation will begin at 1pm, until the time of service at 2pm, Sunday, March 27, 2022, at Callaway-Jones Funeral Center, 3001 South College Avenue, Bryan, Texas 77801.

Rachel was born December 22, 1933, to Francisco and Pilar Meza in Houston, Tx. Since 1974 she lived the majority of her life in Galveston, TX. Rachel was an independent, hard-working woman. She worked for many years at Ben Taub Hospital in Galveston as a housekeeper and transporter; she also worked as a waitress and caregiver until hurricane Ike destroyed her home and she relocated to Houston, TX. Rachel enjoyed caring for her family and loved her breakfast and lunch dates with them. Rachel enjoyed listening to Tejano and mariachi music. Her favorite Mexican singer was Vicente Fernandez. She also enjoyed watching the novellas, especially La Rosa de Guadalupe and El Dico. In 1950, Rachel met and married Pete G. Ybarra; soon after they had three children together. They parted after eight years of marriage. In 1965, Rachel met and married Simon Silva and they spent ten years together, until Simon passed in 1974, leaving Rachel a widow.

In lieu of flowers, donations may be made to Traditions Health. We want to thank CHI St. Joseph ICU staff and Traditions Health staff for all their love and care during this difficult time.