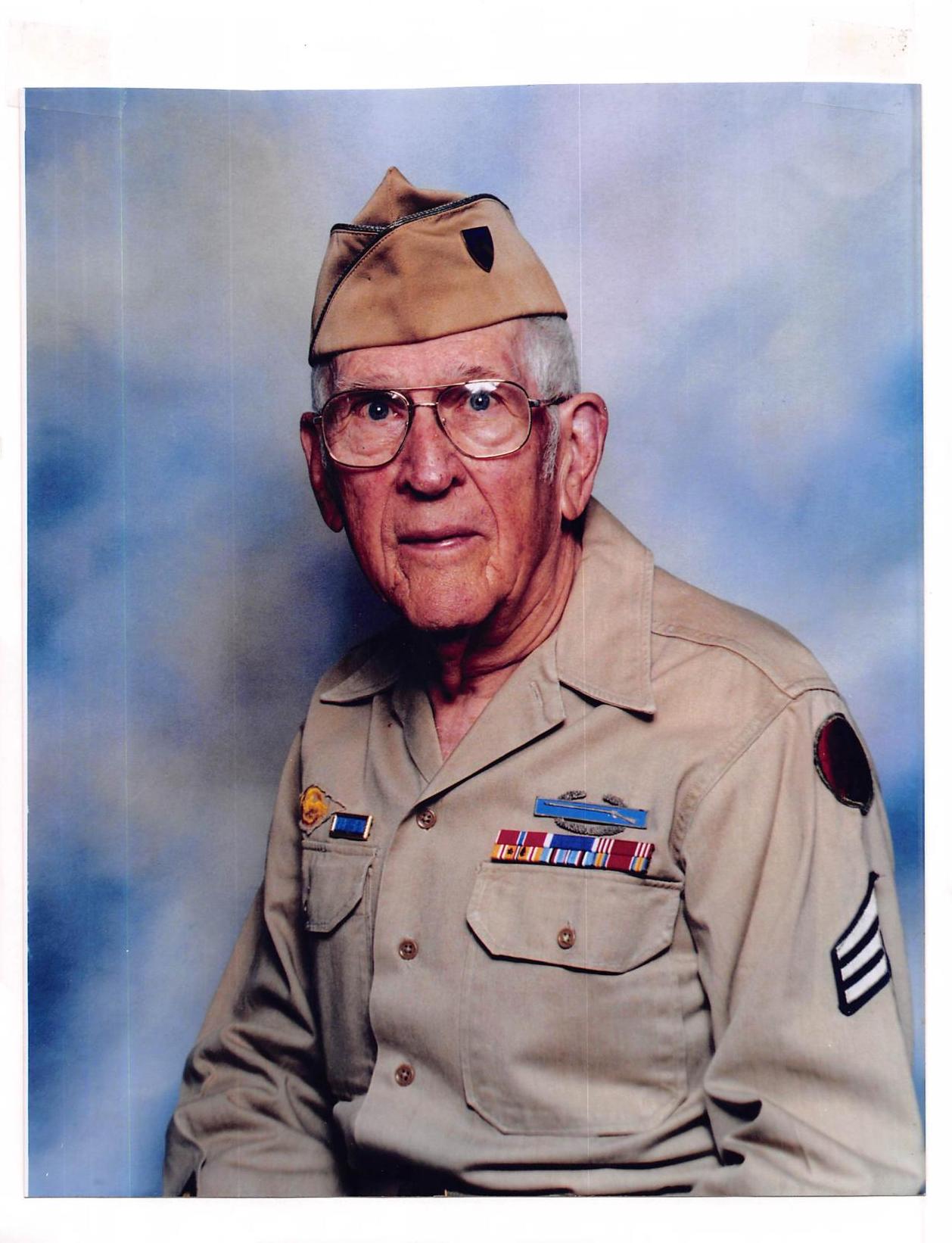 Holly Rees, 94, died Monday evening on December 28, 2020, in his home in Bryan, Tx. His daughter Ann, his caregiver, and his hospice nurse were by his side. The family will receive friends during the visitation from 10-11am, Tuesday, January 5, at Callaway Jones Funeral and Cremation Center in Bryan, Tx. Funeral Services are scheduled following the visitation at 11am. Burial will be at 3pm at the College Station Memorial Cemetery.

Holly was born on January 21, 1926, in Prescott, AZ, to Gilbert and Hazel Rees. Holly had an older brother Gilbert Jr. Holly’s interests in coin collecting and scouting lasted his lifetime. He was President and Valedictorian of his high school class. Right after graduation, he joined the Army and served in Okinawa where he was wounded on the last day of the war. In a few months, he earned numerous medals and awards. After finishing his military service, he attended the University of Arizona where he graduated Cum Laude with a business degree in just three years. There he met Betty Fibich of Columbia, MS, she became his wife in 1950, and they moved to Texas.

Holly worked for The Social Security Administration for 34 years and served as the District Manager in Bryan until his retirement. He loved bike riding and rode 12-13 miles a day well into his 80’s. His faith in Jesus mattered deeply, and he was active at St. Paul’s/St. Luke’s United Methodist Church. Holly loved being a Rotarian, helping to serve the community and people around the world.

To know more about this amazing man, read his book; Three Flags and Two Brothers To War and Back. His WWII memorabilia is on display at The Museum of the American GI in College Station, TX.

Holly was preceded in death by his wife Betty, parents, and brother.

Our family greatly appreciates the doctors and the health care team who helped Holly through the years. We are grateful for his dear, devoted friends who loved Holly. We are thankful for the Signature Select caregivers who helped him remain in his home as he wanted.