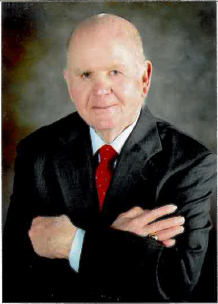 Lynn was born October 2, 1937, in Coleman, Texas to J.T. and Lillie (Rucker) Laird.  He graduated from Coleman High School in 1955 and was an avid Boy Scout earning the rank of Eagle Scout.  He attended Texas A&M University and was a member of the Corps of Cadets Squadron II, and a proud member of the Fightin’ Texas Aggie Class of ‘59.  He served as a Lieutenant in the US Air Force after graduation, both in active duty and the reserves.  He continued his education by earning his Physical Therapy degree at Baylor University Hospital in Dallas, and went on to practice sports medicine at the Air Force Academy in Colorado Springs.  As an avid football fan, Lynn was honored to earn the opportunity as the head athletic trainer at West Texas State University in Canyon, Texas, where he also earned his Master’s in Education.  He made his home in the Canyon/Amarillo area for many years, where he owned and operated his own physical therapy clinic.  He later relocated to Bryan/College Station (or as he would say “Mecca”) and worked in the home health industry before retiring at the age of 76.  Every fall you could find him cheering on his beloved Texas Aggies at Kyle Field (Whoop!), and he enjoyed supporting many other Aggie teams such as volleyball, basketball and baseball.

As a devout Christian, Lynn was dedicated to his church communities and active in Gideons International.

Lynn was preceded in death by his brother, James Laird; sister, Inez Floeck; and his parents.  He is survived by his two daughters, who he shared with his former spouse, Judy (Paullus) Laird; Lora Lee Laird and husband Jack Moore of Plano; and Lisa Dyer and husband Rob of Georgetown; one sister, Dale Martin of Austin; one sister-in-law, Marie Laird; and four grandchildren, Madison, Kennedy and Reagan Dyer of Georgetown, and Zackary Moore of Plano/New York City; and several nieces, nephews and cousins.

As Lynn would say….”Keep a stiff upper lip” and Gig ‘em Aggies!

A visitation is scheduled at 5pm on Friday, July 17th at Callaway-Jones Funeral and Cremation Centers of Bryan-College Station. The funeral service will be held at 11am on Saturday, July 18th at the First Baptist Church of Bryan.

In lieu of flowers, the family welcomes donations to be made to The Gideons International or the Texas A&M Association of Former Students Scholarship in honor of Henry Lynn Laird.

The family greatly appreciates donations made to these charities in Henry Lynn Laird 's name.