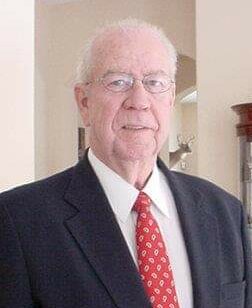 Grayum L. Davis, of Bryan, Texas passed on to be with his Lord and Savior on July 22, 2021, at St. Joesph Hospital with his wife, Dorothy by his side. Services will be held at Reliance Baptist Church on Saturday, July 31st @ Noon officiated by family friend GlennDowling. Memorial and Celebration of Life will be held after the funeral services at Messina Hof Winery @ 1 PM.

Grayum was the third child born to Grayum Debis and Jewel Rachel Davis on January 13, 1943, in Marshall, TX

Grayum grew up in Jacksonville, TX where he attended Jacksonville High School and upon graduation received a scholarship to attend Texas A&M University’s corps of cadets program. He was a proud member of the E-1 company of the cadets and a member of Ross Volunteers where he formed some of his most cherished friendships and memories which still live on today. He graduated from Texas A&M in 1966 with a Bachelor of Mechanical Engineering. From 1966-1969 Grayum was commissioned as a 2nd Liteuntnat in the U.S. Army and served one tour of duty in Vietnam.  In 1970 he graduated with a Masters in Mechanical Engineering, and 1974 with a Masters of Business Administration from The University of Houston.

He married the love of his life, Dorothy Jean Carter on October 28, 1966, on Texas A&M University’s campus chapel and formed a loving marriage over 55 years while developing many loving friendships and memories across the world. Grayum had two sons which he raised with high moral standards to practice loyalty, integrity, the value of hard work, and kindness. Grayum’s professional career was spent as a mechanical engineer in various leadership capacities in the sub-sea oil and gas production industry working on various projects throughout the globe. He later retired with Dorothy to Bryan, TX to be closer to family, friends, and Texas A&M. Through his retirement he became active in the community with the Brazos county sheriffs department, Westminster Church, OPAS Theater, and teaching graduate mechanical engineering courses at Texas A&M University.