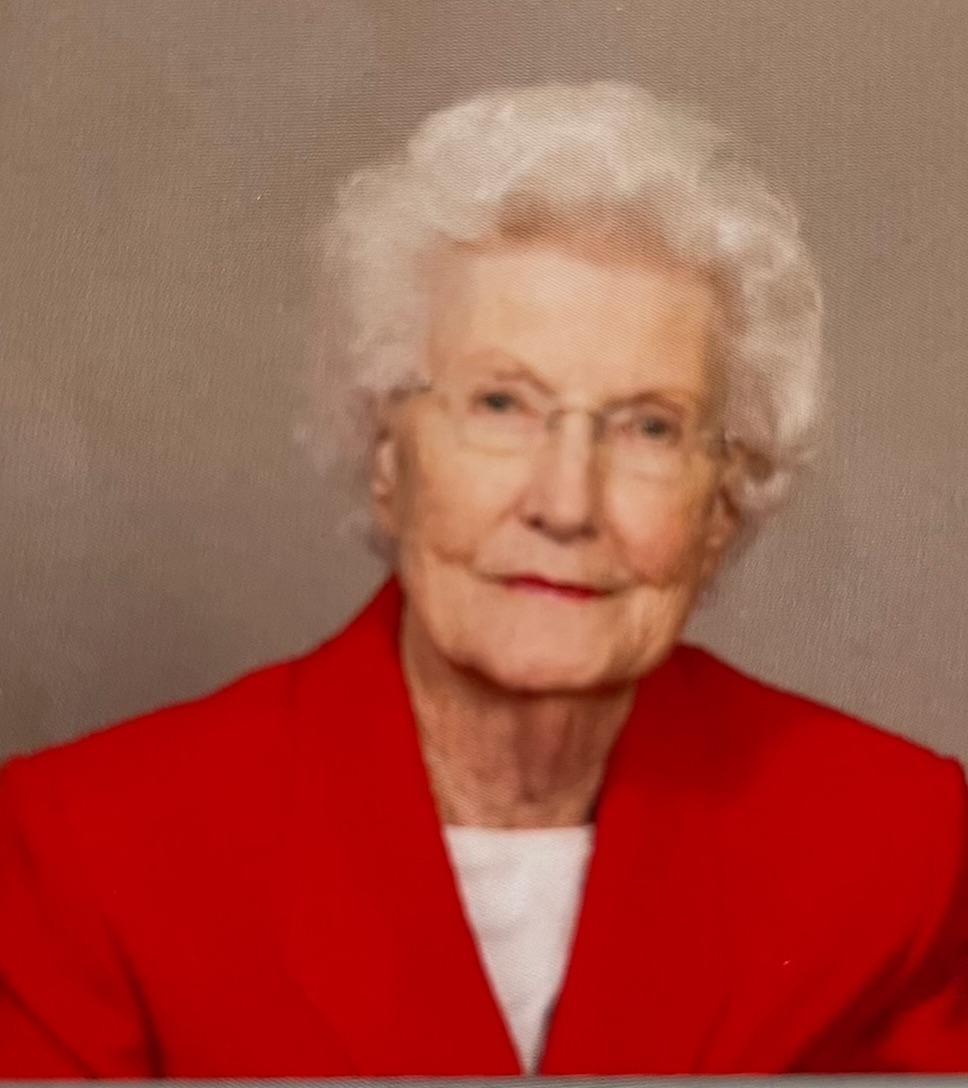 God called Erma Louise Meuth home on Sunday, March 27 at the age of 95. She was a lifelong resident of Bryan and College Station. There will be a Memorial Service at 10am, Wednesday, March 30, 2022, followed by a visitation at the A&M Church of Christ, 2475 Earl Rudder Freeway South in College Station.

Jerry and Erma raised their two daughters in Bryan and enjoyed the close friendships of many wonderful people. Erma is also fondly remembered by Rosey Mercado, of Harlingen, who thought of Erma like a grandmother when she lived in College Station. Erma and Jerry played a significant role in Rosey’s life story. Erma loved the Lord and looked forward to a home in heaven. She was devoted to her faith, her family, and her friends. She was a faithful member of the A&M Church of Christ for over 65 years.

She loved everything about being a mom to her two daughters, loving grandchildren, and now especially great grandchildren. Erma loved the Texas Aggies and looked forward to football season when her family would return to attend Aggie games.

She was a wonderful homemaker and loved to cook, sew, decorate, quilt, and entertain. Her home was always a welcoming place for her daughter’s friends and many Aggie students. She and Jerry were in a Bridge Club with dear friends for over 65 years.

She celebrated her 95th birthday in December with many dear friends coming to wish her well. It was a sweet day to be remembered for a life well lived.

She loved to hear of all the accomplishments of her grandchildren and great-grandchildren and everything going on in their lives. She will be missed by all who loved her and called her Memaw.

Erma was predeceased by her parents, her husband Jerry, a son-in-law Wayne Terrell and an infant granddaughter Katy Archibald.

She is also survived by 6 great-grandchildren – Hunter, Hudson, Ava, Margaret, Archer, Jesse and a great-granddaughter to be born in July.

The family would like to acknowledge the wonderful care she received from Carolyn Lott who cared for Erma as her own. Any memorials can be given to Sunny Glen Children’s Home in San Benito, Texas at 2385 W. Expressway 83, San Benito, TX 78586.