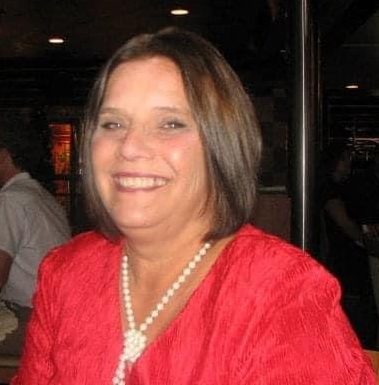 Dorothy Jean (Brown) Carrell, 67 of Shiro, passed away Thursday, June 18th at CHI St. Joseph Hospital in Bryan, Texas. Visitation with family and friends will be held from 9:00 – 10:00 am, Monday, June 22nd at Callaway-Jones Funeral Center in Bryan. A celebration of her life will follow at 10:00 am with interment in Earthman Resthaven Cemetery in Houston at 2:00 pm. Rev. Jay Kott will officiate. Arrangements are under the direction of Callaway-Jones Funeral and Cremation Centers, Bryan-College Station.

Dorothy was born in Wichita Falls, Texas on January 8, 1953 to Jodie and Virginia (Baird) Brown. She was one of seven children. Her family moved to Pasadena, Texas where she attended school. After high school, she worked as a cashier to support her three young children. In 1979, in an effort to remove her children from city life, Dorothy moved her family to a slower, simpler life in Grimes County. In 1986, another child was added to the family. Times were tough, but through the hardships of single parenting, Dorothy’s faith in God never wavered, nor did her belief that better times were on the horizon. Her prayers would be answered when she met and married Richard G. Carrell. The couple blended their lives and families and made their home in Shiro, Texas. Dorothy worked at Anderson-Shiro High School in the cafeteria. Living in the country, Dorothy had an appreciation for simple things that she found beautiful. She loved plants and gardening of all kinds and animals. Dorothy cherished quiet moments alone and used this time to reflect and write poetry. She also had a desire to see more of the world and fell in love with traveling, most particular, cruising. She went on several cruises with her grown daughters, building an even closer, stronger bond with them. She enjoyed shopping and spending time with her grandchildren and great-grandchildren.

In lieu of flowers, the family suggests a memorial contribution in Dorothy’s name be made to the American Diabetes Association by visiting www.diabetes.org/donate.

You are invited to leave kind words and fond memories at www.callawayjones.com.