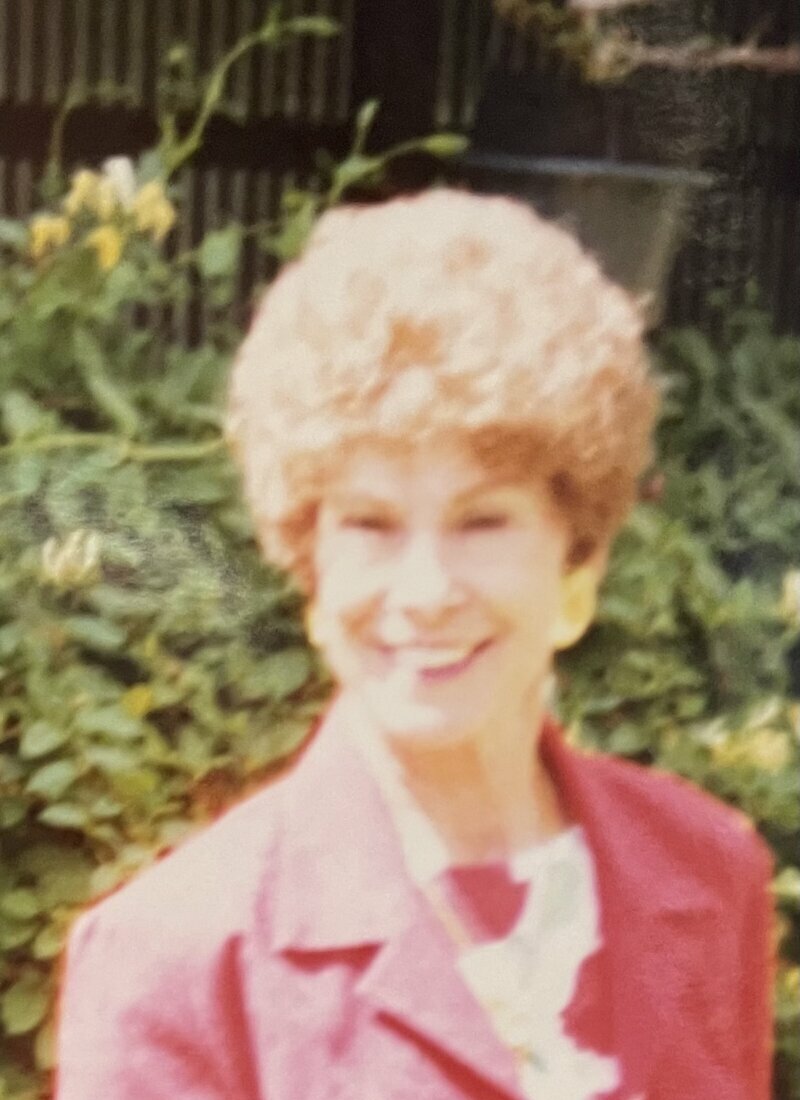 Evelyn Teaff, 87, went to be with her Lord and Savior, Saturday, October 16, 2021, in Bryan, Texas.
Evelyn was born in Las Animas, Colorado to G. Wesley Pyle and Ruth Lloyd Pyle.  Evelyn most of all loved her Lord and Savior Jesus Christ.  After finishing school in Las Animas, she went to Business College in Baltimore.  About 1955, she moved to Bryan, Texas where her mother’s family, the Lloyd’s, were from.  She started her first job there at Safeway Grocery Store and soon after met her first love, Joel Thomas Murray. They married and in 1958, had a son Joel Thomas (Tommy) Murray Jr.  Evelyn enjoyed taking family trips all over Texas with Joel and Tommy in Joel’s airplane. She loved being involved in all of Tommy’s activities from Cub Scouts, Boy Scouts, Little League Baseball, Football, going on fishing trips in the Colorado Rockies, and going to Aggie Football games.  In 1974 she started work for Texas Water Resources Institute at Texas A&M University.  She loved her job there and retired in 1993, although she maintained her precious Four Aggie football season tickets.  Evelyn married Jim Teaff and he passed away a year later.  Her mother moved from Colorado in 1990 to live with her in Bryan until her passing.
Evelyn had a wanderlust and loved to travel all over the United States.  From visiting state and national parks, to the mountains and beaches, her passion for traveling never seemed to cease. Anyone who’s ever known Evelyn would say she’s never met a stranger as she had the natural ability to strike up a conversation and connect with anyone.  Evelyn’s sister June joined her on many of her trips.
In 1990, Tommy and his wife Audrey welcomed a daughter, Macey Murray, into their home.  Evelyn had a new chapter in her life.  Evelyn, also known as Grammy to her dear granddaughter, Macey, loved the title Grammy.  Grammy and Macey had a special bond with  many years of going to parks, climbing trees, swimming, decorating for the holidays, many dance recitals and performances, watching the Astros and going to many Aggie Football games.  Grammy will be missed greatly by her granddaughter Macey.  Evelyn loved her Aggies, Astros, and Cowboys.
Evelyn was preceded in death by her first husband, Joel T. Murray Sr.; her parents, Wesley and Ruth Pyle; stepfather, Ish Miller; second husband, Jim Teaff; and sisters, Caroline and June.
Evelyn is survived by her son, Tommy Murray, and wife Audrey; granddaughter, Macey Murray and fiancee Brian Hethcoat; cousins, nieces, and nephews.
Evelyn’s Celebration of Life will be Friday, October 22, 2021, at 10:00am, at Callaway-Jones Funeral and Cremation Centers.  In lieu of flowers, the family wishes contributions be made to: Adam’s Angels Ministry, Post Office Box 2573, Brenham, Texas  77834.