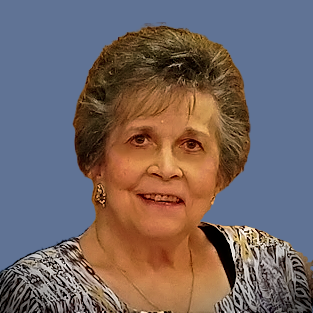 Dolores Kuciemba, 80, of Bryan, passed away on Tuesday, April 13, 2021, in Bryan. Visitation will begin at 3 pm, Sunday, April 18, 2021with the rosary recited at 4 pm, both at the funeral center. The Mass of Christian Burial will be at 2 pm, Monday, April 19, 2021 at St. Joseph Catholic Church with Rev. Msgr. John McCaffrey officiating. Interment will follow in Mt. Calvary where Dolores will rest alongside her husband Joe who passed away in June 2020. Services are in the care of Callaway-Jones Funeral and Cremation Centers, Bryan-College Station.

Dolores Lanicek Kuciemba was born on April 28, 1940 in Bryan to George Bartholomew Lanicek and Hermina Barta Lanicek. Dolores was a loving mother, wife, and homemaker. She was a remarkable cook and enjoyed preparing meals and baking for her family, especially during holidays.

She loved listening to and dancing to her husband’s bands. She especially loved it when her sons joined the band. She was a wonderful dancer.

The family would like to give everyone who cared for our precious mother our greatest and warmest gratitude.

In lieu of flowers memorial donations can be given to St. Jude Children’s Hospital or the Aggieland Humane Society.