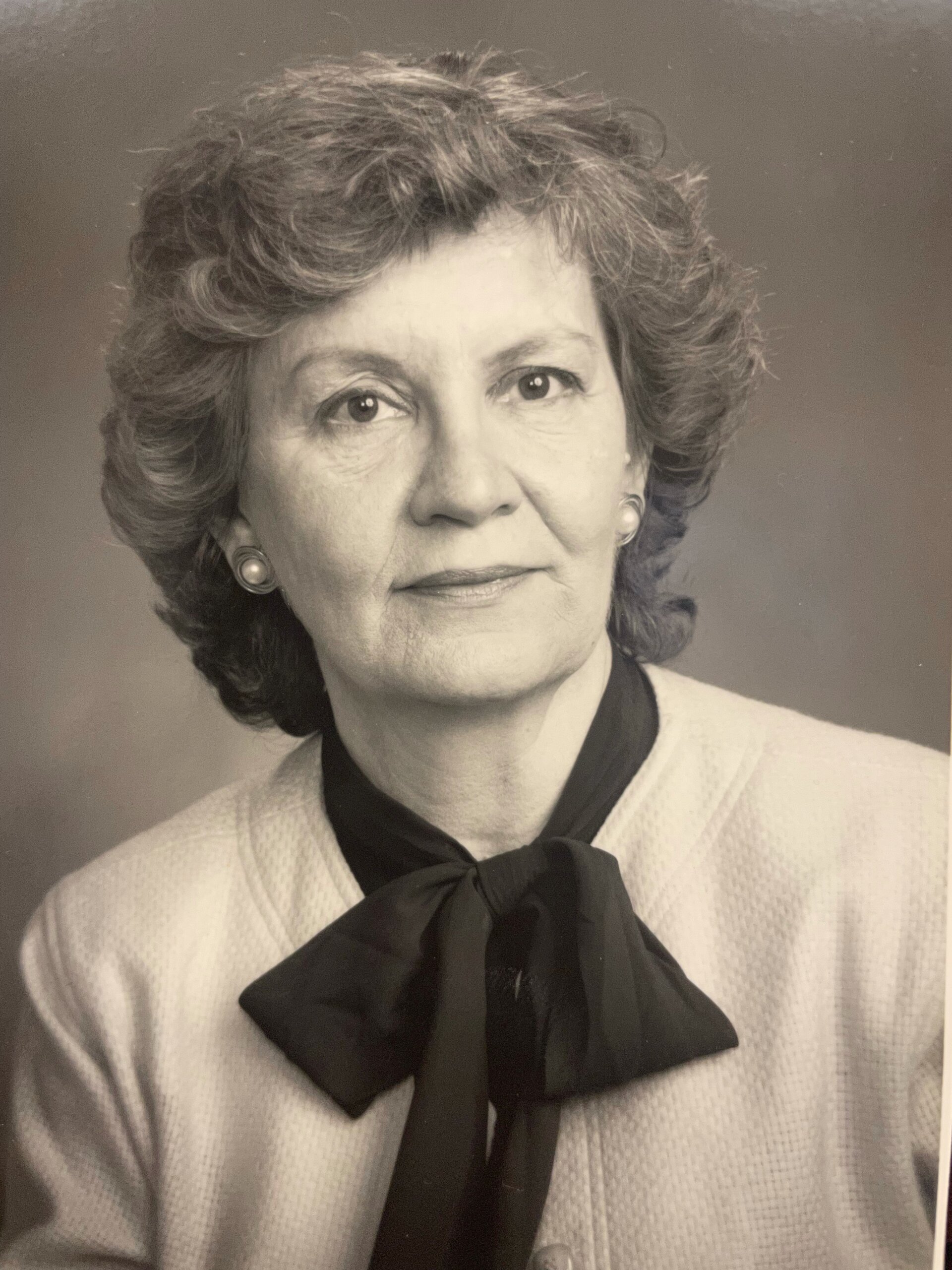 Dian B. Jones, 89, former City Secretary for College Station, passed away Tuesday night, August 17, 2021. Family and friends are invited to a graveside ceremony at 2pm Sunday, August 22, at College Station City Cemetery, with Rev. Preston Greenwaldt and Callaway-Jones Celebrant Dawn Lee Wakefield officiating. There will be no formal visitation.

Dian was born May 8, 1932, in Crockett, TX, to Earl and Marietta “Honey” Bennett. She graduated from Crockett High School and attended Southern Methodist University in Dallas where she was a member of the Pi Beta Phi sorority.  Dian then moved to Bryan College Station to marry her high school classmate Raymond Callaway Jones while he finished school at Texas A&M University. She was a 55+ year member of A&M United Methodist Church in College Station, member of OPAS, and the Daughters of the Republic of Texas, and she was a founder of Keep Brazos Beautiful. Raymond and Dian were members of the 12th Man Foundation and enjoyed attending every home football game. She enjoyed genealogy, gardening, traveling, and spending time at Camp Creek Lake.

Dian began working for the City of College Station in 1952 when the City was only 14 years old, and the offices were in the old Cafe Eccell building and had no air conditioning. Eventually Dian became the City Secretary and served in that role for almost a decade. After 37 years with the City of College Station she finally retired in 1990. Raymond and Dian eventually became owners of Callaway-Jones Funeral Home in Bryan after Raymond’s parents passed away. She enjoyed assisting with funeral services, visitations, and arranging and delivering flowers for the family business.

She was preceded in death by her loving husband, Raymond Callaway Jones, and both her sons, Michael D. Jones and Raymond Jones Jr.

Services are in the care of Callaway-Jones Funeral and Cremation Centers of Bryan-College Station.