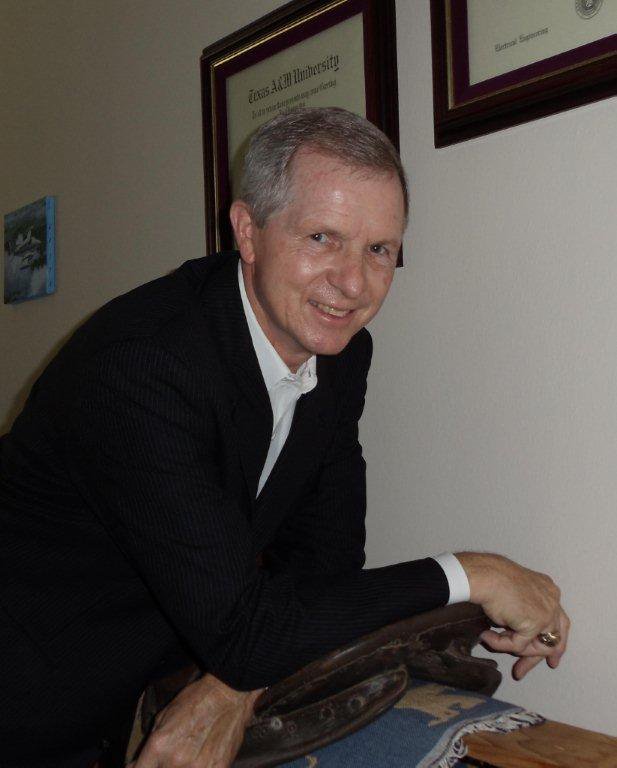 DeWayne Eidson went home to be with his Lord on August 2nd, 2022. He passed away peacefully, surrounded by his loving family.
DeWayne was born and grew up in Newton, Illinois. After graduating from high school he joined the U.S. Air Force. He was stationed in San Antonio, Biloxi, Mississippi, and Waco, Texas. While in Waco, DeWayne met and married the love of his life, Kathy Bates and they were blessed with over 60 years together.
After leaving the Air Force in 1963, DeWayne and Kathy moved to College Station where he enrolled at Texas A&M University. He went on to receive his Bachelor’s and Master’s degrees with honors in Electrical Engineering. He and Kathy then welcomed two sons, Scott and Shawn.
After leaving College Station, DeWayne had several successful careers in the telephone business, and the family enjoyed living in Dallas, St. Louis, Atlanta and the Washington D.C. area. Finally, when he and Kathy had a choice as to where to live, they moved back to Aggieland in 1988.
DeWayne enjoyed many things back in College Station. He and Kathy were active members of the A&M Church of Christ family. In his free time he developed a passion for airplanes and became a pilot. His greatest earthly joy was his family. He is survived by his wife Kathy and their sons; Scott and his wife Connie and Shawn and his wife Carolyn. His grandchildren are Tyler and his wife Asia, Tori, Teuilla, Josh and his fiancé Ellie, Malaya, Katherine, Reagan, Emelyn, and Peyton. His great grandchildren, Ellie and Leo, are the daughter and son of Tyler and his wife Asia.
Contributions in memory of DeWayne may be sent to All The World Missions, P.O. Box 5206, Bryan, TX 77805.
A memorial service will be held at the A&M Church of Christ in College Station on Friday, August 12th at 1PM, followed by a family visitation time.