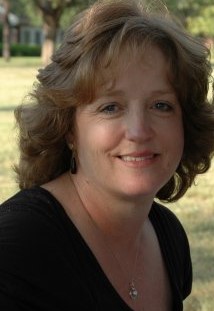 Connie Jean Brewer, age 63, of College Station, Tx, passed away Sunday, September 26, 2021. Visitation will be from 6 to 8 pm, Friday, October 8, 2021 with her Life Tribute Celebration at 10 am, Saturday, October 9, 2021 at the funeral center. Cremation Services are in the care of Callaway-Jones Funeral and Cremation Centers, Bryan-College Station.

Connie was born in Lubbock, Tx on July 20, 1958, to Carl Lamont Lambert and Kathleen Marie Lambert. She graduated from Irving High School in 1976. She mostly lived in Lubbock before moving to Irving in 1972, then moved to Bryan/College Station, Tx in 79, where she raised her family. In the early 1980’s, not long after graduating from Charles and Sue’s School of Hair Design, she decided to follow in her mother’s footsteps by beginning a career as an accountant at The University Bookstores.

Putting the words together to describe Connie is the easiest, yet hardest thing to do. She was such a special person to everyone around her. She was a very strong woman. She loved everyone with all of her heart, without expecting anything in return. She deserved the world, but she would only give it to those around her, rather than holding onto it herself.

Growing up, she was a happy, kind and welcoming soul. Connie and her best friend, Diane, cruised around good ole Irving, Tx thinking they were the coolest kids on the block. She became friends with just about everyone she came in contact with. She had several amazing life long friends. Those friendships played a huge part in who they are today. Growing up in church, Connie developed the heart of gold that we all know and love today. Family was her priority and she made sure to pass that on to her own children. She not only passed on her love, but also her strong independent, and hard-working nature to her children and those closest to her. Connie may have only birthed three daughters, but over the years, she welcomed into her heart and home, with out hesitation, 2 more daughters and 3 more sons, plus each and everyone of their spouses, as her own and would not have let you know any different. However when it came to her grandkids and her great- granddaughter, nothing else mattered as much. They were all her pride and joy through every step in life, even the ones she did not get to meet here on earth yet. Not only was Connie an amazing mother and the world’s best (great) grandmother, but she was also a wonderful aunt, sister and much more. She wanted to help and push you to do better at whatever it was you did in life. Her sweet soul will live through each and everyone of us for the rest of our lives.

Connie had many talents, including sewing (almost as good as her own mother), being the best listening ear to call just to vent to, her green thumb which was passed down from the generations before her, and even typing at a high-speed on a desk calculator without even looking. This impressed nearly everyone. She took pride in the set up she had on the porch and front yard of her different plants and even more so in the work her and David did on the inside of their home over the last year.

Connie is preceded in death by her parents Kathleen and Carl Lambert and her sister Penny Lambert McQueen.

In lieu of flowers, the family requests memorials be made in Connie’s honor to the Texas Burn Survivor Society and/or the March of Dimes.