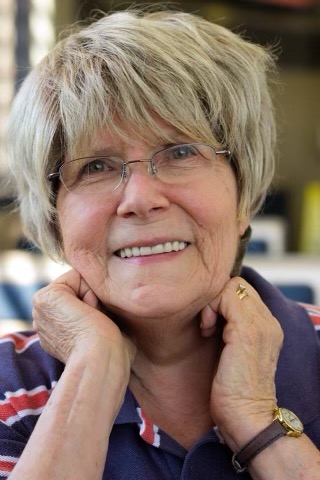 Kay, as she was known, was a devoted wife, mother and grandmother. A caregiver at heart, she hand-sewed blankets for all her grandchildren and newborn babies in her church community. Her surviving family and friends also remember her playful and often sarcastic sense of humor. She had a natural talent for making people laugh and a simple faith in God and His children that charmed and inspired all who crossed her path. She looked forward to regular road trips up and down the Texas Hill Country (which she gleefully pretended was a series of roller coasters) and through Arkansas’ fall foliage.

She loved family gatherings, which typically featured Mexican food at her request. Kay’s family remembers, among a thousand other beautiful things about her: her expressive eyes, her contagious smile, and her awful singing voice, with which she delighted in yodeling “Happy Birthday” at the top of her lungs year after year. Her legacy lives on in her Diet Dr. Pepper addiction, which she spread during her life to at least half of her family tree, and her love for Jesus Christ, which she shared endlessly and without shame.

She is survived by her loving husband of 59 years, William “Bill” Owen, whom she met almost exactly 60 years before her dying day on July 22, 1962, and married on December 7 that same year; her sister, Beverly Carpenter; her three children, Tami Overby, Billy Owen, and Amy Payne; her eight grandchildren, Chad Overby, Katie Owen, Courtney Overby, Meghen Martinez, Kelsey Mirth, Chandler Guardardo-Rivera, Shelby Overby, Bailey Payne, and Colby Owen; and her great-grandchild, Hazel Mirth. She is preceded in death by her parents, Beulah Pearl and Wilburn Ross Couch, and her infant daughter, Ginger Owen.

Kay was cremated at Callaway-Jones Funeral and Cremation Centers of Bryan-College Station. There will be no funeral service at her request, though her family plans to celebrate her life and spread her ashes at an informal ceremony this fall.