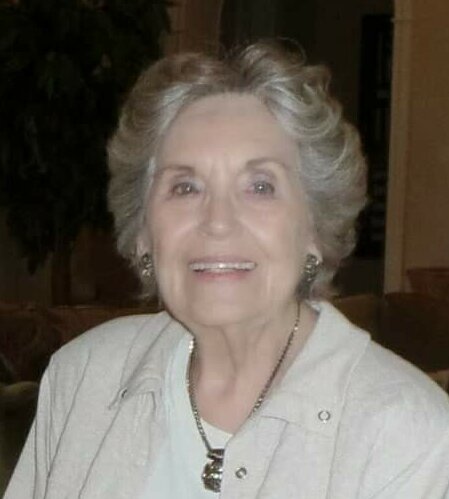 Billie Joan Ivey Dunn 96, passed away peacefully in Bryan, Texas on April 12, 2022.
Billie is survived by her two children, Gary Dunn and Wife Elizabeth of Visalia, CA & Cynthia Bakalian and her husband Steve of Bryan Texas Her Grandchildren Joseph Bakalian and wife Sara, Nicholas Bakalian and wife Rebecca all of Bryan Tx, Renee Walker and husband Jimmy of Visalia, and Anthony Wichowski and husband Daniel of Switzerland. And her beloved Great Grandchildren Jack Bakalian, Jake Bakalian, Christopher Bakalian and Matilda Bakalian all of Bryan, Texas and Emilie Walker of Visalia CA She is also survived by her sister Patricia Baehr of Las Vegas, NV
Billie was predeceased by her husband Alonzo Wayne Dunn who passed in 2007 after 65 years of marriage. As well as her two younger brothers Richard Ivey & Gerald Ivey and sister Martha Leaverton.
Billie was born in Haskell, Texas the first of 5 children born to Desmond & Alice Ivey in 1925.
Billie was a model in her younger days, with her picture appearing in LA Newspapers. She and her husband decided to work together so for most of the next 60 years she ran the office for Wayne’s investments and businesses in Long Beach Calif and then to Porterville and Visalia Calif. She loved working on her books and spent hours every day well into her mid 80s at her desk keeping immaculate and precise records of their investments.
In August 2018 Billie moved to Bryan Texas to be closer to her daughter and family. In 2019 Billie was diagnosed with Alzheimers and moved to an Assisted Living Facility. She had tons of friends and loved to dance whenever their was music. Her friendly personality made her a popular resident. In 2021 shortly after celebrating her 96th Birthday she moved to Hudson Creek Alzheimers Facility where she lived till her death.