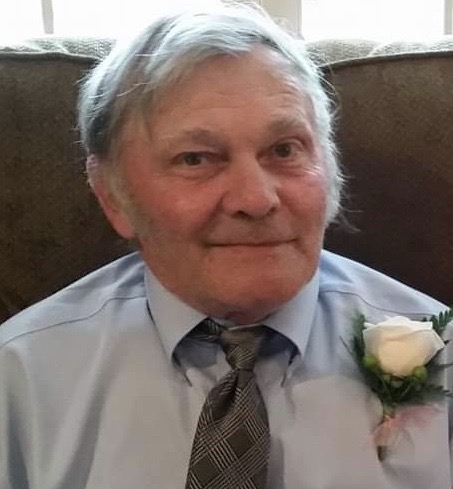 Allyn Aubrey Rokes, 74, of Franklin, died August 9th at St Joseph hospital in Bryan, Texas. Despite suffering multiple strokes, Allyn continued to fight until his last breath. He was lovingly cared for by his family throughout his final days. He was also blessed and comforted by the St Joseph medical staff and Hospice Brazos Valley.

Allyn was born in Milford, Massachusetts to George and Kathleen Rokes. At an early age, his family moved to the Green Mountains in the small town of Sharon, Vermont. His family owned and operated Green Ledge Guernsey Farm for many years. His love for animals and the outdoors directed much of his work. In addition to his dedication to the family dairy farm, he worked with his older brother as a logger and harvester of maple syrup. He graduated in 1965 from South Royalton High School in Vermont. After high school Allyn continued his work on the family dairy farm and gained a reputation as a producer of high-quality milk. He was presented multiple awards that affirmed his strong work ethic and commitment to producing an excellent product.

Allyn eventually made his way to upstate New York to establish and run a new dairy operation. It was during this time that he met the love of his life, Phyllis Louise Williams, at the neighboring Williams Family Farm. Allyn and Phyllis were married in 1975 in Manheim, NY at the Ingham Mills Baptist Church. At the time of his passing they had celebrated 45 years of marriage. Before leaving New York, Allyn and Phyllis were blessed with their two children, Diana and Robert.

In 1980, Allyn and his family moved to Bryan, TX where he served the community as a master licensed plumber, establishing his family business of A&A Plumbing. Under Allyn’s mentorship, his son Robert began to learn the trade, eventually becoming a master licensed plumber like his father. As time went on, Allyn’s desire to be a dairy farmer was reignited. Allyn and Phyllis began and maintained a goat dairy farm, Sekora P Dairy, where he dedicated himself until his last days. Allyn exemplified a strong work ethic and love for his family and friends.

Please join us in remembrance and celebration of Allyn’s life at Callaway-Jones Funeral Center in Bryan, TX on Wednesday, August 19th, 2020 at 10:00am.

In lieu of flowers, donations can be made to Hospice Brazos Valley.

The family greatly appreciates donations made to these charities in Allyn Aubrey Rokes 's name.