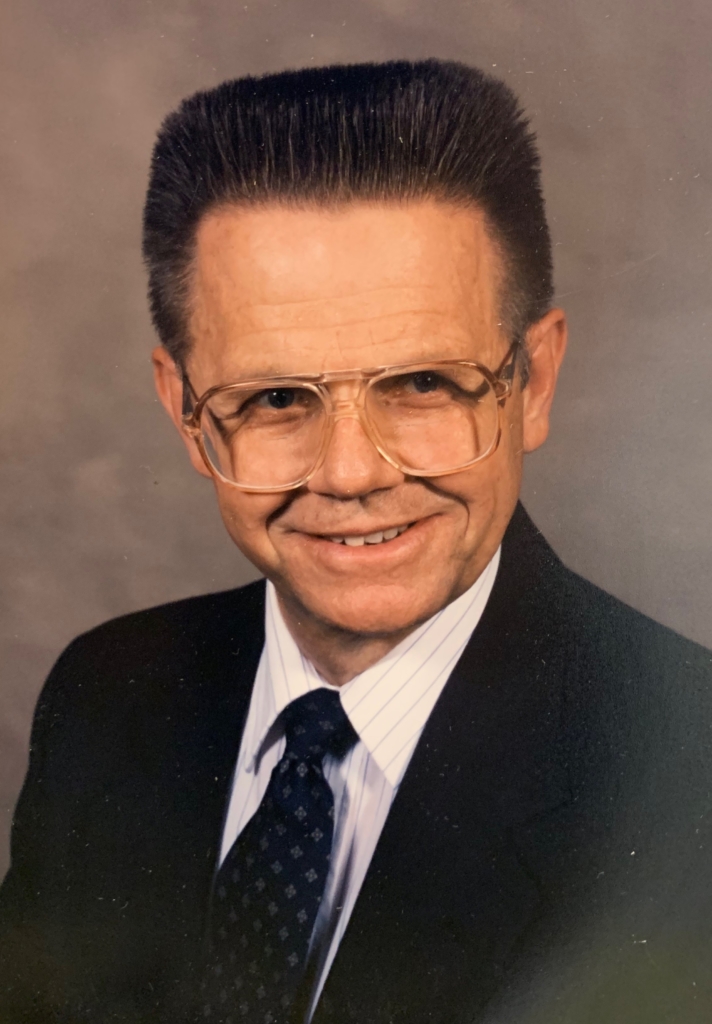 Murray Hudson Milford passed away on Tuesday, August 20, 2019. The memorial service will be held at First Presbyterian Church in Bryan on Saturday, August 31, at 1:00 p.m. with a reception to follow.

Murray Hudson Milford was born September 29, 1934 in Milford Community, Lamar Co, Texas.  He was the son of Murray Lane Milford and Vivian Ione Hudson. He received his B.S. in Agriculture from Texas A&M.  After serving two years active duty in the U.S. Army Reserve, he returned to Texas A&M University where he received an M.S. degree in Agronomy in 1959.  He received his Ph.D. in Soil Science from the University of Wisconsin in 1962.

While at the University of Wisconsin, he was active in PresHouse, a Presbyterian campus ministry, where he met a lively and intriguing undergraduate student. He married Marsha Ann Rasmussen July 21, 1961 in Madison, Wisconsin and thus began the great adventure of their 58-year marriage.

For more than 31 years, Dr. Milford taught Agronomy 301 – Introductory Soil Science, introducing nearly 18,000 students to the discipline. He worked hard to match names to faces and was renowned for remembering his students’ names – even years after having them in class. Milford also served as an advisor to more than 1,100 graduate students.

Murray earned the designation of Fellow in the American Society of Agronomy, the Soil Science Society of America and the American Association for the Advancement of Science. In recognition of his roles as teacher and advisor to students, Murray received the College of Agriculture Honor Professor Award (1970) and became the firstindividual to receive three University Level Distinguished Achievement Awards from the Texas A&M University Association of Former Students — two for teaching (1972 and 1994) and one for student relationships (1988). He also received the John J. Koldus Faculty Staff Achievement Award (1994), the Agronomic Resident Education Award, the Soil Science Education Award, and the Southern Region Teaching Award. Following retirement in 2001, he was named Professor Emeritus, had his former classroom in the Heep Center named “The Murray H. Milford Teaching Auditorium,” andwas named a College of Agriculture and Life Sciences Outstanding Alumnus (2007).

Opportunities for special service to Texas A&M included serving as a faculty advisor to several Corps of Cadets outfits, serving as the second Speaker of the Faculty Senate, and participating on the Bonfire Memorial Design Selection Committee. His service in the community included long-time commitments to Habitat for Humanity, MADD, and Kiwanis.

Murray loved God and loved serving in the church. He was a member of First Presbyterian Church in Bryan, TX, serving as an elder, chairing several pastor nominating committees, serving as treasurer, and teaching adult Sunday School. Having lost his own father at young age, he particularly enjoyed having 58 years of marriage with his wife and knowing his children as adults, their spouses, and his grandchildren.

Murrayis survived by his wife, Marsha; his daughter, Becky Jobling and her husband, Jim; and his son, Dan Milford and his wife, Nadia Rosales; his grandchildren: Heather Jobling and Austin, Alexis, and Joshua Milford-Rosales; and numerous other family and friends. Through trusting God, being a devoted husband and father, and working hard, Murray has left a legacy of love to his family, colleagues, and former students. In lieu of flowers, the family requests memorials to First Presbyterian Church of Bryan, TX, Habitat for Humanity (https://habitatbcs.networkforgood.com/projects/29709-donations), or the Texas A&M Foundation (401 George Bush Drive, College Station, Texas 77840. Please include the account information in the memo line of the check as: account #04-57499 or account name, Marsha and Murray Milford ’55 Graduate Endowment in Soil and Crop Sciences, or go online to https://give.am/MilfordGradEndSoilCrops.)

Cremation services are in care of Callaway-Jones Funeral and Cremation Centers of Bryan-College Station.