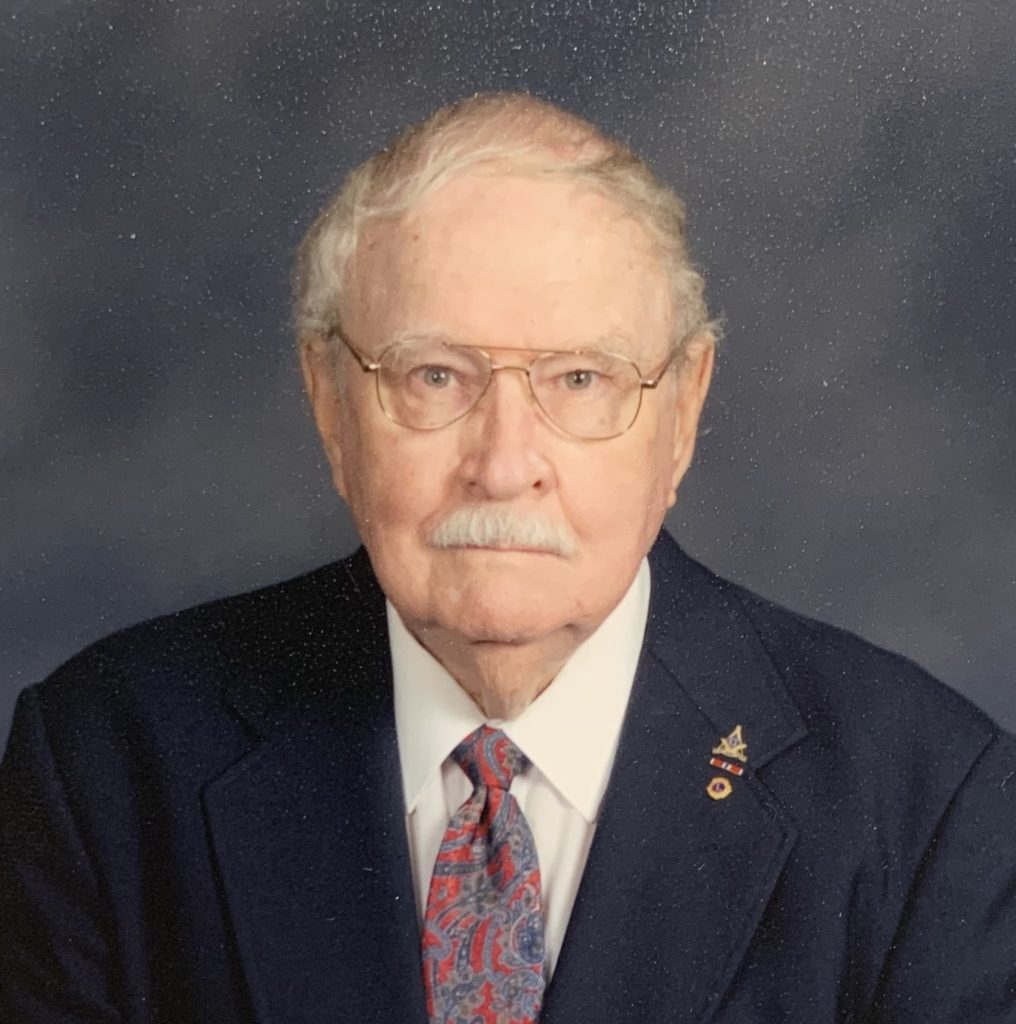 James was born on April 28, 1926 in Clanton, Alabama to James “Sie” and Cleo King Foshee. He married the love of his life, Margie Elizabeth Kubala, on September 27, 1952 in San Antonio, TX. During his military career he selflessly served in WWII, the Korean, and Vietnam Wars and was a proud member of the “Greatest Generation” our country has ever seen.

After high school graduation in 1944, James joined the Army Air Corp, where he trained to be a B-24 tail gunner. Upon his discharge as an enlisted man, he returned home from Japan and attended the University of Montevallo and later transferred to Auburn University where he graduated with a degree in industrial management in 1951. While at Auburn he became a member of Theta Chi Fraternity.

Upon graduation from Auburn University, he re-joined the Air Force as a 2nd Lieutenant with his first duty station at Lackland Air Force Base, in San Antonio, where he met his wife, Margie. His foreign assignments included Germany, Greece, Libya, Vietnam, and Japan. James’ primary duty was with the Joint Command Army-Air Force Military Postal Service where he was a major contributor to the development and implementation of expediting mail to the troops stationed overseas. His final duty station was The Pentagon, Washington, D.C. where he retired in 1971. Upon retirement, he continued to serve his country as a ROTC instructor at Anniston High School, Anniston, AL.

James and Margie returned to Texas in 1975 to be near Margie’s family where he owned and operated Jim’s Liquor Store in Bartlett, TX. They fully retired to Temple in 1985, where Jim was an active member of the First United Methodist Church, the Lion’s Club, American Legion, VFW, Sojourner’s, SPJST Lodge #24, and King Solomon Masonic Lodge. One of James’ proudest accomplishments was his formation of the Air Force Postal and Courier Association, AFPCA. He was active for over 25 years with the AFPCA organizing and attending yearly reunions throughout the United States. He was President of the association for the first 12 years. After the loss of his wife, James moved to Georgetown and then to Bryan to live near his daughter Diane.

James was preceded in death by his wife, Margie, his parents, Cleo and Sie Foshee, his sister, Betty Snell, and brother, Jimmy Foshee.

In lieu of flowers, memorials may be made to the Texas Scottish Rite for Children in Dallas, TX, Texas Lions Camp in Kerrville, TX or the charity of your choice.

The family would like to express a special “Thank You” to Major Foshee’s caregivers, Kesha, Gabby, and Rhonda and to Traditions Hospice for their unwavering love, devotion, and assistance to their father during his illness.