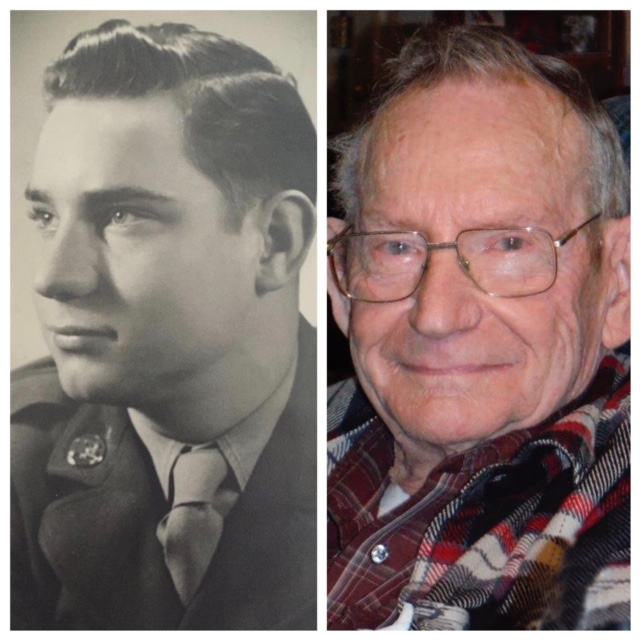 Seven Spanish Angels called another angel home on Friday, January 3, 2020. Some of us called this newest angel dad, others called him paw-paw, brother, uncle, and friend. There is another word that describes this incredible man, hero. While dad’s real birthday was Aug. 28, 1930, he told the military it was Aug. 28, 1928, and enlisted in 1946 at the age of 16 to serve his country during times of war. He would go on to make a career out of fighting for our freedom during World War II, The Korean War and two tours in Vietnam. He served as a Screaming Eagle of the 101st Airborne Division until 1971 when he chose to retire after 25 years rather than return for another tour in Vietnam. While on leave during his first years in the military he met the love of his life, Berma Darleen Scheulke and they married August 2, 1952. Their love, commitment and union lasted nearly 57 years, until her death in 2009. After retiring from the Army, dad, mom, and their 6 kids settled in Bryan, Texas, and added a seventh child while dad worked in the Fire and Safety Department at Texas A&M University where he retired after 23 years. Dad was a proud Aggie through and through.

The legacy of John’s kind spirit, passion for fishing, poker, sports, love of reading, and zest for life will live on through his children, grandchildren and great grandchildren, his pride and joy.

Our father was a hardworking man, and in his later years he began to dabble in stocks and bonds. He was so proud of the investments that he made and enjoyed researching new markets and watching his money grow. He then passed his knowledge on to his family, even giving us a list of what to invest in for the future just a week before his passing.

A lifelong passion of his was poker, and boy, was he gifted at taking your money! Family, friend or foe, dime, quarter or twenty dollars, he would take it with ease and a smile on his face. At the age of 89 years, he would play in online poker tournaments with hundreds of people around the world and he would beam with pride if he “came in the money.” He was also a lifetime member of VFW Post 10429 Benbrook Memorial, where he played in a poker tournament every Friday including just 7 days before his passing. He looked forward to Fridays because of the wonderful men and women at the VFW who treated him with such honor and respect.

Another favorite pastime of dad’s was reading Western books, especially by Louis L’Amour. Even though he shouldn’t have, he marked a special character on the spine of each book he read at the library, and finding him a western that he had not already read was difficult! We would go to three separate libraries in Fort Worth, Texas, and row after row had his mark on every single book! But dad didn’t just sit and read. No, he was gifted in that he could read and have his ear phones on while listening to an Alaska show or maybe a documentary on some species of animal. He would occasionally put the book down if he was watching Aggie football or the Texas Rangers and Choo-Choo, which is what he called Shin-Soo Choo, the outfielder.

Dad, Paw-Paw, Johnny or Jr. was a beautiful soul who impacted the lives of many people. He was fiercely loyal, God-serving and a true giver. He smiled a beautiful smile and could get nurses, doctors and even housekeeping to find him a packet of salt or some ice cream. He extolled the virtues of being a good Roman Catholic, an honorable man, great father and husband. He imparted wisdom and taught all of us new things until his passing day. He has left many broken hearts behind, but he has blessed our hearts full of precious memories.

We all know he is sitting in the heavens with our Savior as he listens to the angles sing songs of praise. Dad has joined our mom, Berma Padgett; son, John E. Padgett III; and daughter, Sharon Wagner who preceded him in death. He is also now with his parents, John and Ethel Padgett; brothers, Lyman, Frank, and Herman; and sisters, Bernice, Verbina, and Mable. But left to continue his legacy are his children: sons, Bruce (Judy), Harold, and Michael Padgett; son-in-law, Steve Wagner; daughters, Diane Lesure (Paul) and Karla Carmichael (James). Grandchildren: Cheryl, Kim, Kristina, Thomas, Matthew, Thomas, Joseph, Ian, Stephanie, Jonathan, Reese +1 and great-grandchildren: Megan, Isabella, Addison, Caiden, Easton, Emerich, Braudrich, James, Marjie, Charlie, Brayden, Theodore, Trevor, Brooke, Abigail, Carter. He leaves behind his pen-pal, Anita LeSure, with whom he shared correspondence the old-fashioned way. These letters and cards, often filled with jokes, always brought a smile to his face. And those we cannot explain what happened to are his dogs, Finley and Maize, who already miss him. So, the battle has stopped and the smoke has cleared. There was thunder from the throne. The seven Spanish angels took another angel home. Goodbye dad, until we see you in Heaven.

The Mass of Christian Burial will be at 10 am, Wednesday, January 15, 2020, at St. Joseph’s Catholic Church, 507 East 26th Street, Bryan. Inurnment will follow immediately in Mt. Calvary Catholic Cemetery, Bryan. Services are in the care of Callaway-Jones Funeral and Cremation Centers, Bryan-College Station.