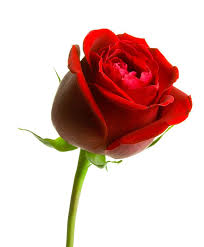 Felix Aleman, 68, of Branchville, Texas, passed away on Sunday, October 4, 2015 at St. Joseph Regional Health Center in Bryan. A visitation is scheduled for 6pm to 8pm with a rosary recited at 7:30pm on Saturday, October 10, 2015 at St. Michaels Academy Chapel, 2402 South College Ave, at the corner of Williamson Drive and South College. Mass of Christian Burial will be at 4pm, Sunday, October 11, 2015 at Santa Teresa Catholic Church. Interment will be in Mt. Calvary Cemetery. Services are in the care of Callaway-Jones Funeral Home and Crematory.

Felix Aleman was born to Saragoza Aleman and Josefa Huerta Aleman on July 31, 1947 in Branchville, Texas. Felix enjoyed a blessed life to its fullest. He was a true family man who loved unconditionally with an open heart. Felix’s passions included fishing, traveling and spending quality time with his family. He took pride in his yard and would spend countless hours tending it for his family and friends to enjoy. He lived by the philosophy of, “not letting life pass you by” and it was truly evident in his actions; more often than not you could find Felix and his wife Olivia out and about traveling to see new and old special places.

Felix’s greatest joy in life was being a Papo to his beautiful grandchildren Kylie, Brianna, Clarissa and Julian. Felix was a member of St. Monica’s in Cameron and a former member of Santa Teresa Church in Bryan.

Expression of condolence can be made at callawayjones.com