Saluting Men Who Step Up on Father’s Day 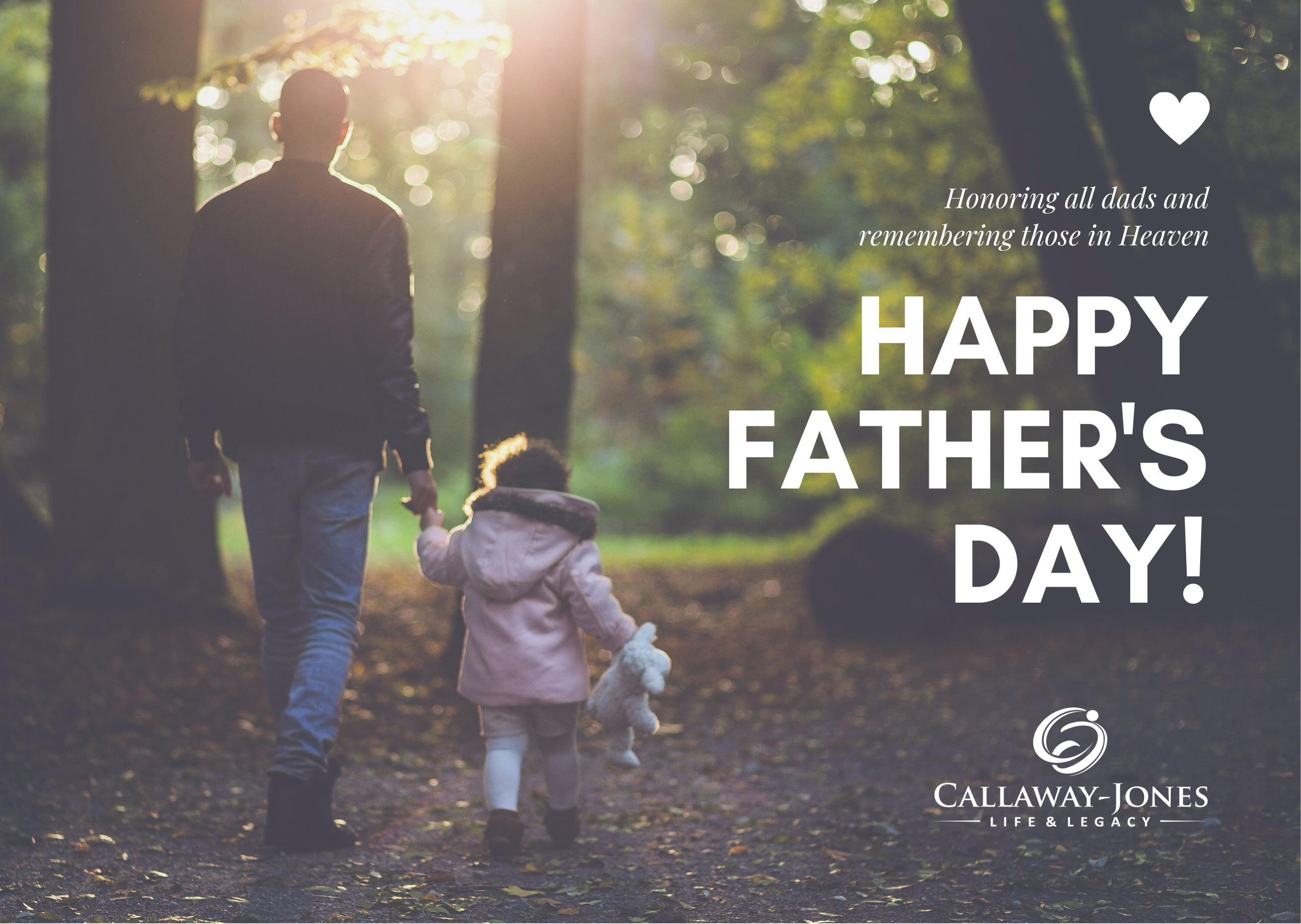 This Father’s Day, I am thinking especially of families whose young children have father figures to look up to and for whom they draw their first homemade cards. Father’s Day, more often than not these days, is celebrated by more than just fathers. We can look to appreciate grandfathers, uncles, friends of the family, wonderful neighbors, and those men who marry women with children and step right up into that role. Any man who loves a child selflessly and faithfully qualifies for a “Thinking of You” card this Sunday.

In fact, homemade cards were my favorite thing about Father’s Day growing up. You know, before you have an allowance, or your first job, or means of getting to a store, you have crayons, scissors, and construction paper. Then you add in your imagination and you work really hard on a design, so you can proudly present it to your dad on his special day.

Many men in life just seem born to be dads. They’re naturals; they take everything in stride and nothing phases them. Other men seem uncomfortable with early diaper changes and the first time they bathe a baby. It just takes practice.

I think back to the kind of role model my dad was to me and the kind his dad was to him on this annual holiday. Although both of them have already passed, they are so alive to me today in their spirits. I think about them in good times and in times when I wish they were still here to talk to in person. I’m fortunate to have as many memories with them as I do.

I’ve been thinking about those spending their first Father’s Day without their spouses and fathers this year. I’m thinking they’ll wish they had more memories, but forgot to take photos or videos or they cleared out old cards because they were de-cluttering.

I have a few ideas on how to preserve memories of your fathers for generations who have not even been born yet.

If you’ve ever lost a parent, inevitably you are presented with a set of cardboard boxes years later, usually that’s been stored in the garage. They’re often the assorted remnants of their collections of things they found important enough to keep through the years. You might find a grade school report card of theirs, maybe a few photos with the old scalloped borders that filled construction paper pages that fit those pictures in tiny little picture holders or the adhesive plastic sheets to preserve them forever. Sometimes there are some sports trophies or ribbons, some awards certificates and if you’re lucky, there could be some journals in them.

You stare at the pictures and wonder who was in those old photos (if there are no notes and dates stamped on the back the way they used to print back when you would find a drive-thru photo development hut). You ask yourself whether or not you knew that family member. Had you heard of them? Had you met them? Who were they to your dad?

It is said that children, even adult children, frequently don’t want to know about the lives of their parents before they were born. Typically it is because if “we” are not in that part of their life, could it really have been all that interesting? In our own self-absorbed world, of course our parents lives only got interesting when we made our debuts on the scene. Maybe reconsider your position on that subject.

That’s a fundamental thing we can correct in looking at and talking to members of the generations still here to go talk with. Go through saved old photos with him; ask him as many questions as you think he can have energy enough to answer. Have a cassette recorder, a video recorder, or even your phone’s video setting on so that you can save their face, voice,  and expressions as they remember when with you.

Ask your dad about his career, all the titles he’s held, collect his business cards together and make him a sequence of them to show what position he started in with a company when he was first hired, and where he had made it when he left that company. Listen to what he tells you are important things about his sisters and brothers and their parents, too. What jobs they held, addresses they had, places and cities where they’d lived. If and when you start to work on family genealogy, you will more than appreciate knowing this information. Do you know where all of your immediate family members are buried?

Fathers have a hero side to them…all of them do. We remember being rescued, saved, or having been given a model of greatness to follow, when we think about our dads. Think back to when your Mom tells you (or used to tell you) when your Dad had a major success that was “the best ever” in her opinion. It might be that you’re just starting baseball and your Mom tells you that your Dad had this amazing home run one time. The bases were loaded. It was the 9th inning. And your Dad went up to bat. Just hearing that setup, you know your Dad was the one who knocked one out of the park and ran the bases, bringing in four runs and winning the game at the end. And once you heard that, you decided that you, too, wanted to do the same thing. Dads set examples to follow.

But, if an early death removes a biological father from the picture, blessed are the men who might be a grandfather, uncle, beloved friend of the family or even neighbor who steps in, decides that you’re not going to miss a single beat with your dad not here. They never try to take his place because they never could. Instead, they just let you know that they’re there for you. That they recognize your loss. That they know you miss your dad and that you still want to do the things that you would have done had he lived.

One of the things to do as you accept the gifts of their time is to maybe make notes in your journal of what that means to you. So often we take for granted that everyone around us sees and recalls the same things we see, hear, and feel. We think we will always remember what we saw, who was there, who said what, and yet, that is one giant mistaken myth.

How many of you have had dreams of your loved ones who’ve passed away? The dreams were so vivid that you woke up excited because you saw them healthy, happy, whole, and glad to be in the dream with you? Right when you wake up, you might be able to remember it long enough to tell your spouse, but by 10:30 am, can you write down exactly what you remember? By 2:00 pm the same day, how much of it do you recall? By 6:00 pm that evening, have you forgotten just about all of it? Remember, always write it down. Your future children, grandchildren, and maybe even your great-grandchildren will appreciate having any fact from your life, any happy memories you are willing to record now.

I have some friends whose sons lost their dad at an early age, and his golf buddies all find different days and times to come to the house and for a meal and talk about their father in a fun storytelling time for them to hear positive memories about their dad at their age. It helps them to know that some of the problems they face in life at this time (what do you want to be when you grow up? Where do you want to live? Where do you want to go to college? When did your dad know what he was going to study to do in his life?) are the exact same turning points as your dad faced at the very same age.

It’s so comforting to know you were never the first person to struggle with certain issues. Do you want to go to a trade school? Do you want to join the military service right after you finish high school? Do you want to go out-of-state for college? Again, so many decisions today’s young people have to make. It helps to have a committee of advocates, especially when one parent has died. I am thankful for so many friends who are this kind of friend and family member within our close-knit group of friends that I grew up with.

Before you toss that photo album aside or decide it is too painful to look at right now, just re-tape the box and put the box back into the garage, safe away from the elements an any silverfish that like to hang out in boxes sometimes. Label the box to make it easy to find. And, when you’re ready one day, you will have things there to explore or rediscover all over again. There will be answers to the question: “What would Dad do?” that you never thought about existing.

Meanwhile, use every free extra minutes in your life that you can to encourage children, whether they are yours or not biologically, that they are going to really be great adults. Let them know you believe in them, even if they do not always believe in themselves yet at this point. Time, patience and practice are all it takes to grow up healthy and happy. It’s been said that “Winning is having the right person(s) believing in you.”

Happy Father’s Day to all who are celebrating it and those who stepped up to step in! May this day be special for you, and may you know joy and peace from being a hero to someone young in your life who needs you and is counting on you to talk with them and to take walks with them, and clap the loudest when they cross the stage or get a special award. There’s no limit to the number of times you can “be there” as the adult standing in place for the someone special in the life of a child.

One of these days, they might be the ones returning the favor, visiting you at your home, maybe one day when you can’t drove any more. They might be the ones who suggest going for a ride and having the time of their lives taking you on that ride because you’ve given up the car keys.

There is no such thing as wasted love. Biological child, adopted by marriage, or embrace by love, anyone who loves a child and wants to create a family is “Dad” and a permanent VIP in the life of that child forever. Happy Father’s Day to all of you and know that you are doing a great job!