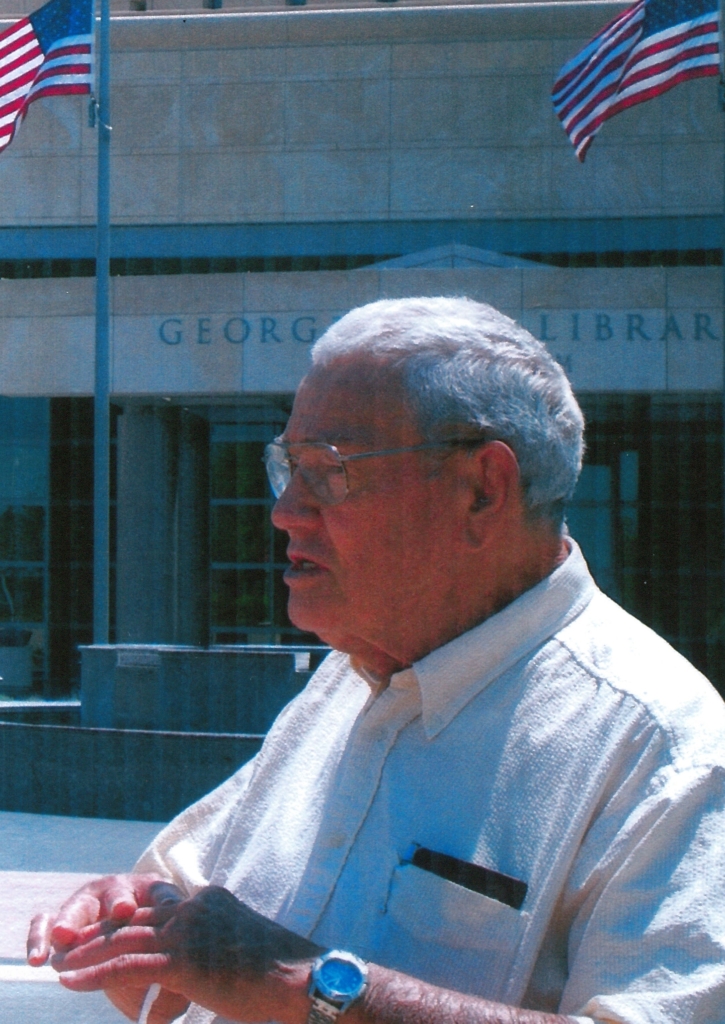 Ed was born in Fort Wayne, Indiana to Glenn and Grace More Burns. Dr. Edward Burns received his degrees, BS (1950), MS (1952), and Ph. D (1956) from Purdue University. He served as an Instructor in Food Science at Purdue and directed the Indiana Federal State Fresh Fruit and Vegetable Service for several years before going to Texas A&M University in 1956. Professor Burns is the author of over one hundred scientific articles and has contributed chapters for several textbooks.

Outside of his professional career, Dr. Burns contributed much to his community along with family. He was the founder of the Boys Scouts here in Brazos County. He was the TAMU Skeet and Trap Faculty Sponsor and the coach of the 1980 United States Olympic Skeet Team. He also served as Chairman of the College Station Zoning & Planning Committee. He contributed to the county serving as Deputy Director of the Brazos County Civil Defense and as a Deputy Sheriff; he felt the call to serve as a Deacon at A&M Presbyterian Church. Edward has contributed over twenty-five years as the Election Precinct Judge in Brazos County. He proudly served our country as a Sailor with the U.S. Navy during WWII.

He is the proud father of his four children who loved and admired him in all Edward would pursue. He was an avid outdoorsman who had a tremendous love for fishing and hunting. It was a guarantee that his meals were completed with dessert without fail. He and his dog Babe had ice cream every night. His intriguing character prompted him in sharing and telling a good “BS” story and was known for mastering pranks that involved rubber snakes. Our present day MacGyver holds nothing to the way Edward could fix anything in his own way that needed to be fixed either correct or SAFE but he could figure something out. His children shared that as much as dad loved us, he loved animals as well and owned various pets throughout his life. Edward as fond of good music and played the trumpet at a point in his life. And to wrap up the greatness of our dad he was an amazing cook. He and his wife, Martha Ann Wolff Burns, celebrated fifty-seven beautiful years of marriage before her passing in 2005. They were married on December 18, 1948, in Fort Wayne, Indiana.

Preceding Dr. Burns in death are his wife Martha Burns; his parents Glenn and Grace Burns; his sister Marilyn Kimble and her husband Max Kimble; all of Columbia City, Indiana.

The family wishes to thank Ophelia Rios for the devoted love and care of Ed for the last three years. Also, Trish Green for her kindness and care and finally, Hospice Brazos Valley for their most heartfelt care in the last few weeks of Dr. Edward Burns’ life.

Memorial donations are kindly to be given to the Brazos Valley Humane Society, Hospice Brazos Valley, and or to Ducks Unlimited in Memory of Dr. Edward Burns.