Welcoming a New Decade—Omit Resolutions, Add in Your Dreams 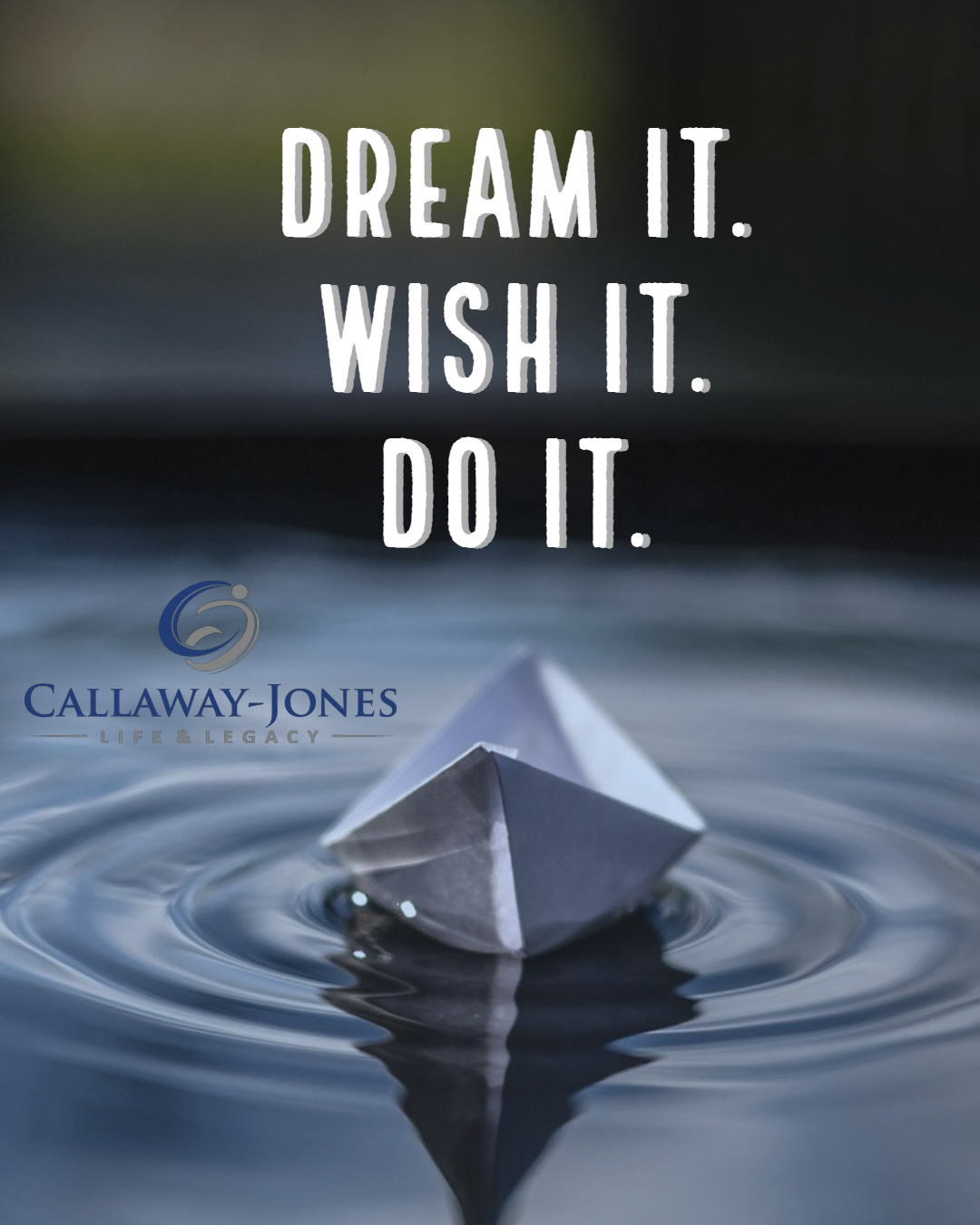 Let’s see by show of hands (virtually), how many of you have already abandoned your diet resolution, going to the gym, or your promise to yourself to clear your home of one item every day for the next year? If your hand is in the air, don’t feel badly.

After all, resolutions are just goals—ideas you list—compiled maybe a week or two before year-end. They come to mind when you’re stressed, stretched for time, or wish you could find something you usually can find on your desk, or your holiday clothes didn’t fit, right?

“I hereby resolve” are three words that hold much power to those who follow them and take them to heart as something really important. The problem in keeping resolutions comes from disruptions and changes to our daily routine that mean we can’t shuffle or add in one more thing if we have six commitments that day already. Our days and nights are simply too full to make room for change. That’s what happens to some who start out to go one direction but can’t sustain it.

We make time for what’s truly important to us. We show up at work every day because we like our job and we’re committed to paying our bills. We go home daily because we committed to a partner (or beloved fur baby) that we’d arrive there without fail. And, we make time for other people whom we know are counting on us. Life, family, home—those three commitments we make without fail.

There’s frustration when you break a resolution for whatever reason, but what if we started adding in “dreams” to our to-do list? Ever wanted to learn another language? Travel somewhere special? Learn a new skill and get a new job? There’s excitement in seeing a dream come true. Begin this new decade by adding in a dream. You won’t break it; you can achieve it!

I have enjoyed watching the careers of many of our PGA champions and legendary golfers through the years.  And they all have one major thing in common besides talent—at one point in their lives, they dreamed of  being champions, of winning tournaments and of wearing that famous green jacket signifying their Master’s Tournament win.

In a 2016 issue of Golfweek, Rickie Fowler told writer Brently Romine that “like most kids with aspirations of playing professional golf, he would often dream about himself winning major championships”…including the Masters. Said Fowler, “Yeah, there was the dream of walking up at 18 (at Augusta National) with a big enough lead where you could enjoy the walk and knew that you’re going to win.” Well, he has not won it yet, but last year he came in fifth place, at 10 under, and he said, “I lean on the past nine years here, playing and understanding how to play this golf course and how I play it.” Preparation, focus, opportunity—those three elements plus patience will find Rickie Fowler achieving his dream, maybe this year even.

Speaking of last year’s Master’s champion, Tiger Woods grew up with heroes of his own, whether personally embraced and motivated by, or whether inspired by the records of champions who came before him. Of  Woods, fellow golfer Rory McIlroy describes Tiger’s comeback, his victories by saying, “He does things that people really can’t comprehend and no one can really understand apart from himself, and I think that’s the reason he does these things, because he thinks and dreams of things that other people don’t think are possible.”

Sam Sneed’s records of 82 PGA Tour wins was the prize that Tiger had his eye on matching. But you recall the number of back procedures, knee surgeries, and periods away from intense golfing that Tiger had been through for about five years. That alone was enough to shut down any quality professional and ruin even the remotest possibility of getting back up to fight another day.

You don’t take a child named Elrick, and nickname him Tiger, after a “fellow soldier and friend” and plan for him to grow up and quit when the going gets tough. All his young life, Lt. Col. Earl Woods was an integral part of the discipline that Tiger endured in practicing, responding to coaching, learning how to win (and lose), and his mother Kutilda, is often recognized as a coequal factor in teaching Tiger that sports and life operate on basically the same rules. They require discipline, patience, attention to detail, and they required great sacrifice to achieve goals.

One other thing. To whom much is given, much is expected. Tiger is also keeping true that rule as his Tiger Woods Foundation sponsors numerous opportunities to help other young golfers’ dreams come true. Whether it is a child battling cancer who travels to see Tiger play in a Master’s tournament, or playing a pro-am round with a high school golfer who “won an essay contest sponsored by Wells Fargo and The First Tee, and as the grand prize he was allowed to pick the PGA Tour professional he’d play with”—Tiger Woods is an integral part of the lives of so many young people, who have learned that their dreams can come true.

You can resolve to be a better golfer simply by getting out on the greens and practicing all the time. But it’s when you dream of being a champion that the motivation becomes sweeter and more of a tangible goal. Being “better” is just “okay” like the TV commercial goes. You want better than “okay.” So you dream, rather than resolve, because dreams don’t have limits or boundaries, and they can’t be accomplished overnight, so your commitment to them is long-term rather than “I’ll do this for only so long, and then I’ll quit.”

Chelsea and I always attend all the games for the Texas A&M women’s soccer teams. We love the spirit of competition we see out on the field each season. The year 2019 was the one where the SEC sent five of its teams to the 38th NCAA Division 1 Women’s Soccer Championship.

And of special note, “The Aggies made their 25th NCAA Tournament appearance and hosted its first round game for the eighth time in the last nine years.” Further, “Texas A&M’s G Guerrieri and North Carolina’s Anson Dorrance are the only two coaches to appear in every NCAA Championship since 1995.

Rated at 22nd nationally, Texas A&M closed their season with a second-round loss to the USC Trojans by the score of 2-1, in a tough game. Season outcome was 14-5-3 for the Aggies and Coach G Guerreri said, “If you don’t win the national championship, you’re always disappointed when your season comes to an end. But these young women have a lot of to be proud of.”

Right there is your dream for 2020: win the national championship for Texas A&M. Actually I believe that’s the same exact dream for every Aggie sports team because sports is, aside from job and the workplace, the most competitive zone we find ourselves in, as participants or spectators.

Resolutions are dreams without the energy boost. They are usually private, or shared with very few. That way there’s not much consequence when you break your resolutions. So what, right? There’s always next year. When you keep your dreams to yourself, somehow you never give up on them because they are totally and completely yours. But when you share your dreams with people who encourage you to achieve them, it’s harder to give up on them, because you’re accountable to seeing them through. Where there is hope, there’s always the chance that you can turn situations and circumstances around. And waiting to celebrate with you are those who stood by you and reminded you all along that you could do it.

PrevPreviousThe Spirit of Christmas Is What We Make It
NextThe Third Annual When Your Sweetheart Is In Heaven Set for Feb. 14Next