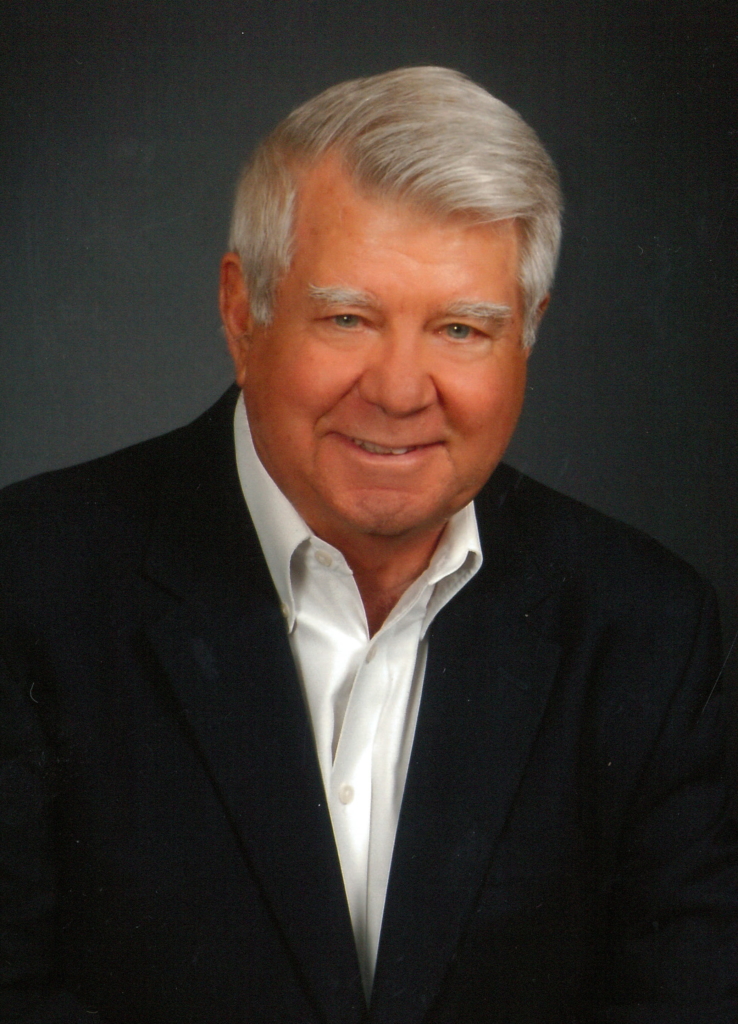 Dr. Stephen Allen Holditch, Texas A&M Class of ’69 of College Station, TX died on August 9, 2019, surrounded by his dearest loved ones. He was 72 years old. A visitation will from 5:30 to 7:30 pm, Tuesday, August 13, 2019, at Callaway-Jones Funeral Center, 3001 South College Avenue. Life Tribute Celebration will be at 1:00 pm, Wednesday, August 14, 2019, at A&M United Methodist Church, with interment to follow in the Memorial Cemetery of College Station – Aggie Field of Honor.

Steve is survived by his wife, Ann of College Station, TX, his daughter Katie Holditch (Class of ’97) of The Woodlands, TX and his daughter Abbie Walsh and son-in-law Kenn (both Class of ’01) of College Station, TX. The light of Steve’s life was his five grandchildren, whom he adored and loved taking to Disney World and the beach. Katie’s boys are Stephen (Class of ’21) and Jackson Rowe of The Woodlands, TX and Abbie’s three children are Kyle, Ashlea and Georgia Walsh of College Station, TX. Steve’s surviving siblings are Damon Holditch, Diane Holditch Barber and Jerry Holditch. His closest friend, Mike Klahn, is Ann’s first cousin. Steve loved all of his many nieces, nephews and cousins. Steve also doted on his beloved Labrador, Ellie. His parents, Damon and Margie Holditch, precede Steve in death.

Steve was the second son born to Damon and Margie on October 20, 1946 in Corsicana, TX. Steve moved several times as a child and teenager as his father pursued a career in the oil and gas industry. He lived in San Antonio, TX for his first three years of high school, so that city and it’s rich history always held a special place in his heart. Steve graduated from Richardson High School in Richardson, TX in 1965. After graduating from high school, Steve joined the Texas A&M Corps of Cadets and began his journey as an Aggie. While in the Corps in outfit F-1, Steve was a Ross Volunteer and was on the Ross Volunteer Firing Squad, and by his senior year was Second Battalion Commander. Steve received his B.S. in 1969, a M.S. in 1970 and Ph.D. in 1975 all in Petroleum Engineering. Steve joined the Texas A&M Faculty in 1976. He taught 97 courses and served on more than 175 graduate committees.

Steve was the Head of the Harold Vance Department of Petroleum Engineering at Texas A&M from 2004-2012. He was named a Texas A&M Distinguished Alumnus in 2014, and in April of 2016, he was inducted into the Corps of Cadets Hall of Honor, which made him prouder and happier than almost any other award he ever received. Steve was a season ticket holder for a variety of Texas A&M sports throughout the years, but Fightin’ Texas Aggie Football and Kyle Field were closest to his heart. There was nothing he loved more than giving back to the university he adored and credited for much of his success, and when he was named a Distinguished Alumnus he said, “You will look back at your years at Texas A&M as one of the best periods in your life. Your classmates will be lifelong friends, so keep in touch with them and the university as your career takes you to various parts of the world. Always remember the Aggie Code of Honor.”

Professionally, Steve Holditch had no equal. In 1976, he started his consulting company, S.A. Holditch & Associates and the company thrived and innovated all over the world for over 20 years. S.A. Holditch & Associates had a worldwide reputation for being able to solve the most difficult petroleum engineering problems. After selling the company to Schlumberger in 1997, Steve was a Schlumberger Fellow for five years and traveled stateside and internationally as a consultant and member of several professional boards. Steve was elected to the National Academy of Engineering, the highest honor that can be given to an engineer, in 1995 at the age of 49. Steve served as President of the Society of Petroleum Engineers (SPE) in 2002 and was honored with three of the SPE’s top technical awards, including the Legends of Hydraulic Fracturing Award, which he received in 2014. He was elected as an SPE Honorary Member in 2006, the highest honor that SPE presents to an individual.

Steve was loved and will be missed terribly by his family, friends and so many people in Bryan/College Station and all over the world.

Our dad’s last request, in lieu of flowers, was that Memorial Donations be given to “The Harold Vance Department of Petroleum Engineering general scholarship fund or to A&M United Methodist Church.”